Game of Thrones: The Lost Lords Review - Full of Suspense but Short on Resolution 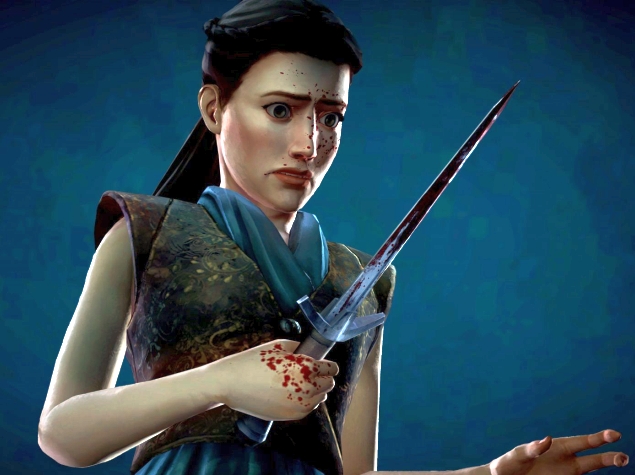 The second episode of Telltale Games' Game of Thrones series has released on iOS and now Android. To download it, you'll need to buy the first episode, and then either unlock this episode as an in-app purchase, or buy a season pass that will unlock all the remaining five episodes for the price of four. Each episode costs Rs. 300 (Rs. 307 on Android) and it's also worth pointing out that there is often a long gap between each episode - the first part came out two months ago, for instance.

If you're a Game of Thrones fan, or just would like to experience some interactive fiction with a heavy dose of intrigue, betrayal and bloodshed, then you're going to enjoy this game.

Telltale Games is a developer that lives up to its name - its games are simple narrative driven experiences that have very little to do by way of actual gameplay. The central mechanic in these games is just to choose what to say next from the options presented to you - there's a time limit though, and if you don't say something quickly, it's taken as silence, which has its own consequences. This keeps you from overthinking the game, and lets you play the role of the characters you inhabit. You might sometimes have to tap an object on the screen, or swipe to avoid an attack. Fail one of these fights and the game ends and you start the scene over. 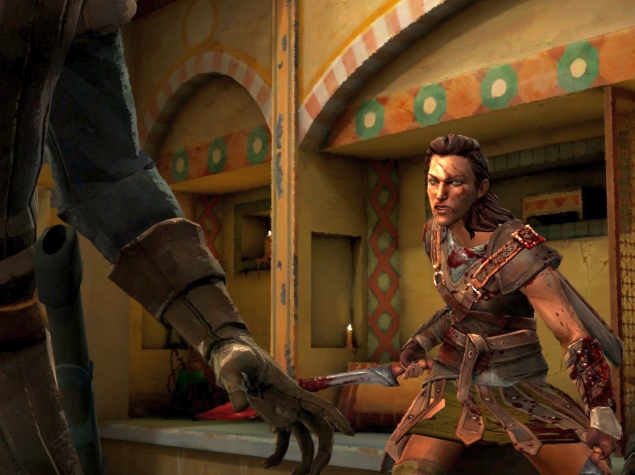 In about two hours, we'd worked our way through the story once, and we replayed it a couple of times to second guess our decisions.

As we mentioned in our first review, the game looks good, but not great. Some of the characters - such as Tyrion Lannister - look really good, but others, particularly Margaery Tyrell, look terrible.

The game is voiced by some of the original cast of the TV show, and sounds spectacular. As is fairly typical for a Telltale game, there are moments where weird visual bugs show up, which can be distracting, and the animations are largely stiff and unconvincing.

The first episode picked up right after the events of the Red Wedding. This episode starts with the exiled son of House Forrester (the protagonists in Telltale's game) in Yunkai, right after it has been liberated by Danaerys Targaryen. This episode continues to switch characters, between Asher Forrester in Essos, Margery's lady in waiting Mira Forrester in King's Landing, and Forrester squire Gared Tuttle at the Wall, where he meets everyone's favourite ranger, Jon Snow. 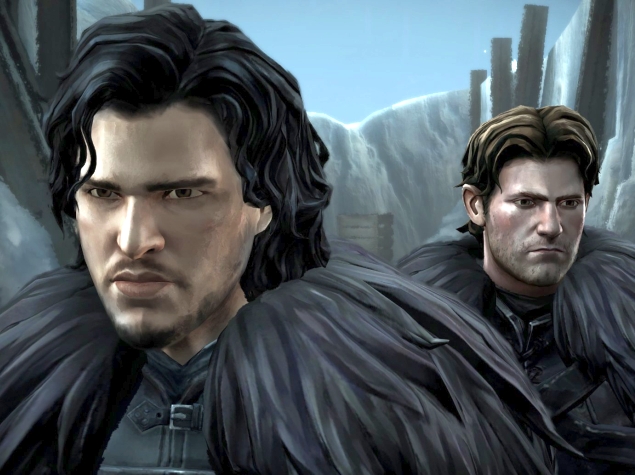 The decisions you made in the first episode seemed small and inconsequential then, but you're already seeing their impact in this episode, and that's something that will only continue as the series progresses. We've actually started a third save of the first episode to see how our choices affected things.

The game plays out as expected, but Telltale is a studio that is able to do both humour and horror in equal and convincing measure. The second episode doesn't really have a moment that's as explosive as the terrifying ending of the first one, where Ramsay Bolton got to be his deranged best, but despite that, it holds together pretty well.

The problem is that taken individually, the episodes don't seem to be going anywhere yet. And we've got another long wait ahead of us before the next episode releases. It's almost like being a fan of the books, waiting for George R R Martin to release the next one. We've been waiting for years though, so if you're someone who follows only the TV series, don't expect any sympathy.

Game of Thrones: A Telltale Games Series is available on iTunes and Android for Rs. 300 for the first episode. You can buy a season pass for the remaining episodes as an in-app purchase for Rs. 1,200, or you can buy each episode individually once it releases.