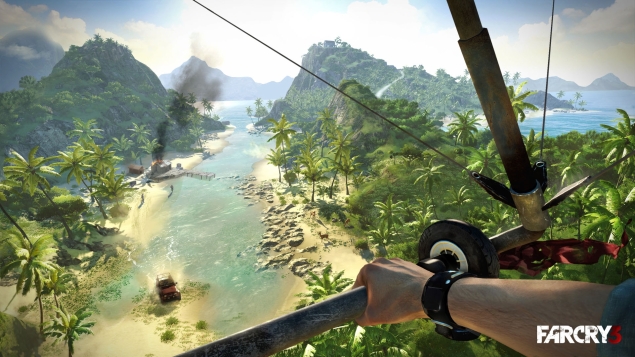 The travel brochure that enticed Jason Brody and his friends to book their spring break-style trip to the Rook Islands probably left out the pillaging pirates, aggressive bull sharks and lunging leopards.

The picturesque setting of "Far Cry 3" (Ubisoft, for the Xbox 360 and PlayStation 3, $59.99; PC, $49.99) turns out to be far from hospitable to the naive tourist, who can barely stand the sight of blood when he finds himself caged up in a village ruled by a sadistic drug lord.

Jason's transition into a seasoned survivor anchors "Far Cry 3," an outstanding open-world first-person shooter that intersperses character arc, plot and suspense throughout a variety of action-packed firefights, stealth sequences and side missions.

The game begins with Jason being led out of captivity by his military-trained brother, a linear sequence that helps introduce Jason and acclimate players to the control scheme. The islands quickly open up after the arrival of Dennis Rogers, an ally to the indigenous Rakyat tribe who guides Jason on his quest to reunite with his girlfriend and fellow tourists. Dennis sees a burgeoning warrior in Jason and entices him to help free the islands from ruthless criminals. 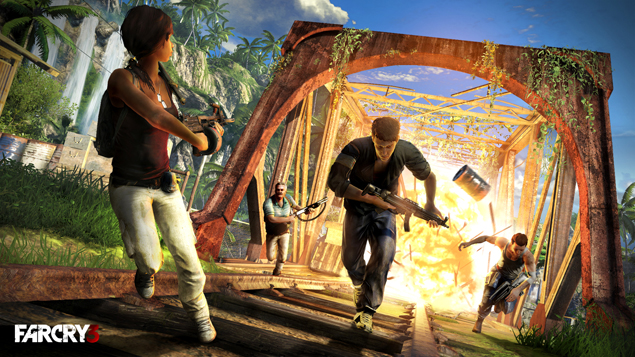 Each section holds a radio tower handicapped by a signal scrambler, and climbing a tower and disconnecting the device opens a small part of a ridiculously expansive map that's on par with Bethesda Softworks' recent "Fallout" or "Elder Scrolls" installments. Freeing a tower also helps open an area to trade, which makes weapon dealers so happy that they'll start showering you with free guns.

Ridding an enemy outpost of bad guys provides a new location to buy and upgrade weapons with scopes and silencers, as well as a fast travel point to speed trips between friendly villages. But with so many ATVs, trucks and jeeps spread throughout the islands- not to mention hang gliders, jet skis and boats - why not take the scenic route?

Once Jason grabs control of an enemy outpost, he can also browse the bulletin boards for side missions that offer rewards for hunting down rare creatures or wanted criminals. Tracking down a white belly tapir is exciting, but hunting is also a key survival mechanism. Slaying and skinning everything from wild boars to alligators allows Jason to craft holsters to haul more weapons, larger wallets to carry more cash and expanded rucksacks to carry more loot.

The various plants on the islands are another key to survival, as they provide ingredients that boost health and endorphins or enhance perception. And leveling up allows Jason to unlock new skills such as takedowns involving grenades and knives, increased health or adrenaline, and the ability to take less damage from falls and fires. 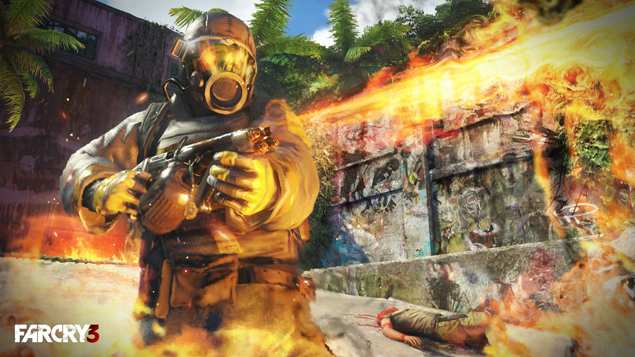 As in most first-person shooters, killing a bad guy leaves a body to loot, and the controls on this move inflict the game's only significant annoyance. On numerous occasions I found myself mistakenly swapping out a favorite gun for the enemy's weapon when all I wanted to do is grab a little cash.

"Far Cry 3" also has a formidable multiplayer element, with several familiar game modes and a creative addition called Firestorm, in which a team must set fire to the opponents' supply nodes and then escape the spreading flames while capturing a radio transmitter.

So far I've spent several dozen hours exploring the Rook Islands and haven't experienced a moment of boredom. Whatever games find their way under the tree this year, I'll probably still be playing this over the holiday break. Four stars out of four.