With Crackdown 3 pushed to next year, and Scalebound cancelled, Microsoft has very little to show in terms of first-party games this year. One that remains is the seventh instalment of Forza. Much like past entries in the series, Forza 7 is a simulation racing game focusing on the authenticity and realism of racing, similar to Sony's Gran Turismo series. If you were expecting to pull off bizarre stunts on the beaches of Australia, or race against a plane, you’re better off playing Forza Horizon 3 instead.

More importantly, Forza 7 is the first mainline entry to hit Windows 10 PCs on the same day as the Xbox One version - a bold move considering Microsoft’s recent Windows 10 PC efforts haven’t been as good as they could be. Does Forza 7 buck that trend? We tell you.

Forza 7 download size
Forza 7 is a humungous 100GB download. The game isn’t available on disc either. So if you’re looking to play Microsoft’s latest sim-racer, you better have the Internet speed and the hard drive space ready. For comparison’s sake, last year’s Forza Horizon 3 is around 50GB. Considering the environments aren’t as varied, we really wonder why Forza 7 has a colossal file size. 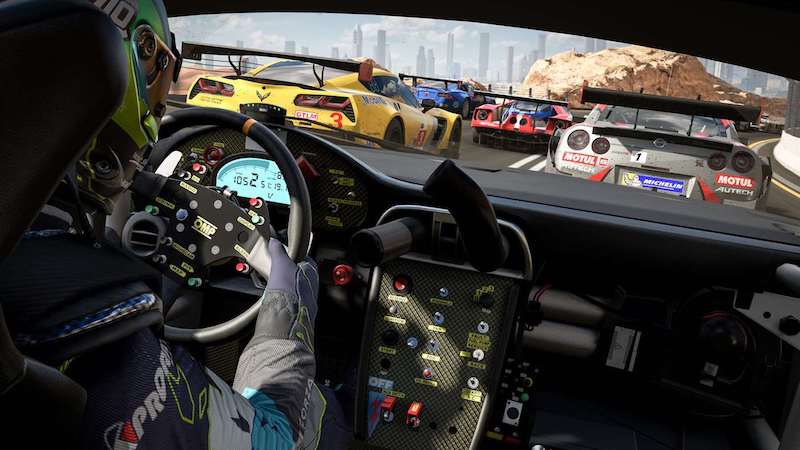 Forza 7 PC requirements
100GB download size aside, this what you need to run Forza 7 at 720p, 30fps according to the company behind it, Turn10.

Now if you think Forza 7’s minimum PC requirements aren’t too bad, it appears that the same level of optimisation is taken to account for its recommended specifications.

With a similar machine you should be able to play Forza 7 at 1080p, 60fps — the sweet spot for many a PC gamer. 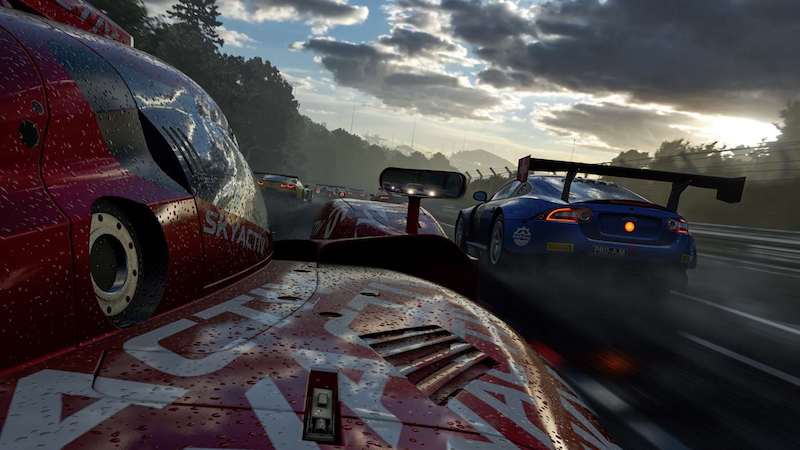 Forza 7 PC settings
Delving into to the menus, Forza 7 has a ton of options to tweak. Much like Mass Effect: Andromeda there’s a lot you can configure as per your liking. Details like car model quality, particle and water effects, and even reflections can be modified as required. And there’s downsampling too — the ability to render games at 4K, and to then project them at 1080p for a higher quality image. As for anti-aliasing (to remove immersion-breaking jagged edges) options upto 16X MSAA (multisample anti-aliasing) are available.

What’s even more welcome is the ability to adjust settings as per the performance you want, ranging from capping the frame rate to 30fps, 60fps, or simply unlocking it if you so choose. Suffice to say, there's a lot you can tweak to ensure smooth performance.

Forza 7 PC image quality
Forza 7 on Windows 10 looked a lot sharper, cleaner, and a whole lot more immersive when compared to the Xbox One version. Details like a gradual change from day to dusk, or weather effects like rain and snow, benefit greatly from the added horsepower. Car models and reflections also see a nice bump too. All of this makes for a fantastic looking racer with only a few equals in the image quality department on PC, such as Project Cars 2. Forza 7 PC micro stutter, crashes, and loading times
For the most part, our experience with Forza 7 on PC was solid. However it was marred by some niggles that haven’t been addressed yet. First off, there was micro stutter — small yet perceptible lag in gameplay despite the frame rate being well above 60fps. It wasn’t present in all races, but happened often enough to be noticeable. This ensured the experience wasn’t as good as it could be.

In addition to this, we faced a couple of crashes to desktop, which pushed our progress back a bit. Plus, loading times for some races were longer than they should have been, which is odd considering other games working off the same SSD run just fine.

Keep in mind that this is still significantly better than last year’s Forza Horizon 3, or even Gears of War: Ultimate Edition, both of which were subject to poor optimisation regardless of configuration or settings. There are signs of gradual improvement, but not enough to keep up with the likes of PES 2018, Prey, or even Destiny 2’s PC beta. Sure, they’re different genres of games with different levels of development complexity, but Forza 7 on PC could be better. More so when compared to the excellent Forza 6 Apex.

Should you buy Forza 7 on PC?
If the 100GB file size or the steep price of Rs. 3,999 weren’t deterrents, the micro stuttering, crashes, and long load times should be. This isn’t even considering the microtransactions, which our time with the Xbox One version indicated to be close to gambling. All said and done, you’re better off waiting until Microsoft inevitably drops price, which should be during Black Friday or for its Winter Sale.

product Forza 7 for Windows 10 PC is an improvement over past Microsoft efforts, but it isn’t what it could be.