Video games are sold on hyperbole. From gruesome, over the top trailers for gory first-person shooters to breathtaking, to picture-perfect explosions in open-world action-adventure games, there's very little that's grounded in reality. If there aren't monsters to slay or dictators to dethrone, there's a conspiracy to unearth or revenge to be had.

And then there's Firewatch.

You're Henry, a newly hired fire lookout responsible for ensuring the Shoshone National Park in Wyoming is kept safe. The backstory is fairly relatable, and unlike your standard video game protagonist, the only super powers at your disposal are observing your surroundings and reporting them in to your supervisor Delilah, via walkie-talkie.

For most part, this first-person exploration game sees you hiking through the wilderness, just taking in what the forest has to offer. Apart from calling in about fires and throwing out delinquent teens, you'll soon stumble upon a mystery to uncover. Without spoiling much, it ends up being one of the better tales we've encountered in video games, and does more than enough to keep you enthralled till the very end.

Such is the adherence to narrative that each element of gameplay is carefully put together, and unveiled only to take the plot forward. Despite this, advancing along the plot never feels forced. Along the way, you'll discover materials like rope, or an axe that have a reason to be present, and immediately impact on your progress - letting you venture deeper into the woods, for example. 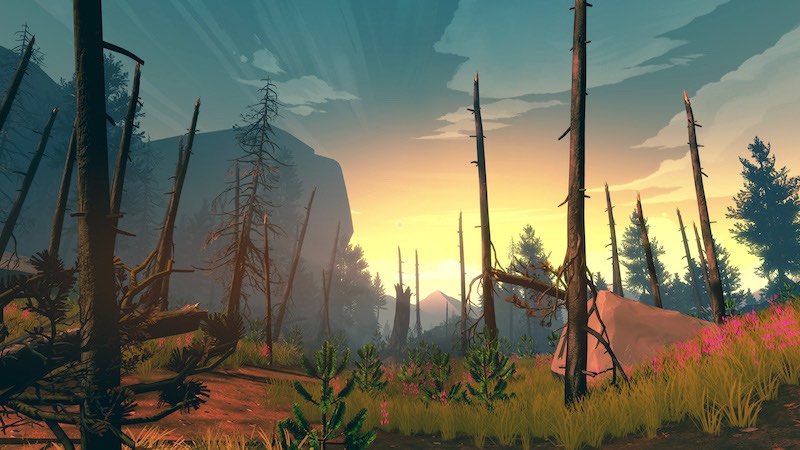 That's not to say the game is a linear, on-rails event. Far from it in fact. Developer Campo Santo has allowed just enough room for exploration and variety, to let the illusion of freedom set in. This is further accentuated by a fantastic conversation system.

As you take in the sights and sounds of the Shoshone, you'll speak to your boss Delilah. On doing so, you'll have a choice in how to reply to her, if you want to at all. You have a few seconds to choose your reply and it impacts your relationship with her as the game progresses. It doesn't impact the story in the grand scheme of things but offers an immediate reward in terms of gratification.

Before you know it, Firewatch has you invested in your responses to Delilah as much as you are about the situation at hand. This happens because of the superlative voice acting in the game, and you'll want to reload your save or play through it a second time choosing different responses. More often than not we did so just to see how the banter between Delilah and Henry plays out. It never feels forced or superficial, and plays a major role in making Firewatch such a treat to play.

All this is backed up by stellar art direction. Throughout the duration of our playthrough, we never got tired of the Shoshone's giant trees and its orange-hued sunsets. It's one of the rare occasions where a game's pre-release screenshots actually match up to the final product. This is one great looking game. 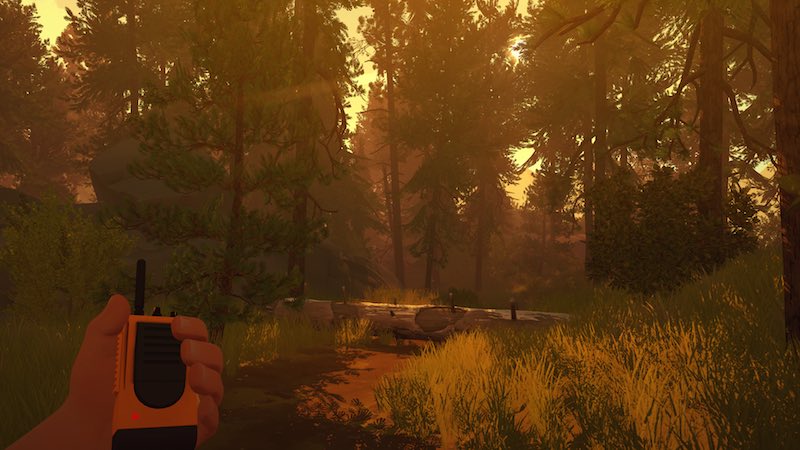 But from a technical standpoint it's not perfect. The PS4 version suffers from an erratic frame rate that mars the experience. Playing it on PC resulted in a stabler experience with only the occasional minor stutter. It's something to keep in mind if you have a choice of platforms to play it on.

If you were expecting a video game replete with all the big budget thrills you're accustomed to, you might find Firewatch a lean, almost sparse affair. You wouldn't be wrong either. This isn't a game for everyone. In fact for some, it could barely pass off as a game, due to its narrow focus on telling an immersive tale. Nonetheless, it achieves what it set out to do. Namely, using well-worn video game elements to tell a story that stays with you long after you're done. And for that, Firewatch's a triumph.

We played a review copy of Firewatch on the PC and PS4. The game is available digitally on Steam for Rs. 508. At the time of writing this, the game has not been listed on PlayStation Network India.

Game Over for One of the Biggest Piracy Groups in the World
Firewatch's Poor PS4 Frame Rate: Campo Santo Is Working on a Fix