Final Fantasy XV begins with a screen proclaiming it to be a “Final Fantasy for Fans and First-Timers”. As the number suggests, this is the series’ fifteenth mainline game, and each numbered entry is its own standalone tale. With so many games over the years, you’d assume it has an audience similar to Call of Duty or FIFA. This was the case once upon a time — during the era of the original PlayStation, and PS2 - before the series stumbled into the high definition generation of consoles with some pretty abysmal games, such as Final Fantasy XIII and its direct sequels.

Does the 15th Final Fantasy game bring back the series’ former glory, or should you be playing another role-playing game this year? We find out in our review.

In Final Fantasy XV, you are put in the shoes of Noctis, the heir to the throne of the Kingdom of Lucis. You’re on a journey with three of your friends — Ignis, Prompto, and Gladiolus — to get married to Luna, an Oracle and former princess, in order to fulfil a peace treaty. What should be a straightforward trip quickly goes awry with monsters, giant gods, and even entire armies going out of their way to make your life difficult. Before you know it, things have gotten out of hand, and it's up to you to save the world.

Final Fantasy XV’s story is vague. To properly understand it, you’ll need to watch Kingsglaive: Final Fantasy XV, and Brotherhood Final Fantasy XV — a full-length CGI film, and a six-part anime respectively. In-game, there’s a good deal of exposition via cut-scenes, and a fair amount of detail tucked away in conversations between characters, but the Final Fantasy XV narrative is huge and delivery fractured across many parts, so you’ll often find yourself lost. Certain key events are explained in loading screens after they happen, instead of as they happen. Some key moments aren’t even shown onscreen. All of this makes the overall proceedings of Final Fantasy XV a pain to follow, even for fans.

While Final Fantasy XV's overarching plot is a clunky mess, the game does a fantastic job of showing the camaraderie between you and your immediate allies. From idle banter about food, to contextual chatter that tells you you’re going in the right direction when you’re in a dungeon, Final Fantasy XV's use of dialogue between you and your crew does a fantastic job of keeping you engaged. By the end of it all, it’s tough not to feel attached to Final Fantasy XV’s main cast. Even its villain despite being responsible for acts most despicable.

Speaking of which, the world of Final Fantasy XV sports modern trappings like cars, gas stations, and smartphones. A lot of its locations, whether the grandest, or the most sinister, appear rooted in reality. The characters don’t have elaborate, outlandish clothes (for most part), and are expertly voiced. From a technical standpoint, Final Fantasy XV looks good and plays well enough. It’s not a photorealistic masterpiece, but its colourful art direction and slick aesthetic sensibilities go a long way in making an impact. There are a few technical issues we touched upon in our Final Fantasy XV preview, but there’s very little else wrong with Final Fantasy XV on the PS4 and PS4 Pro. 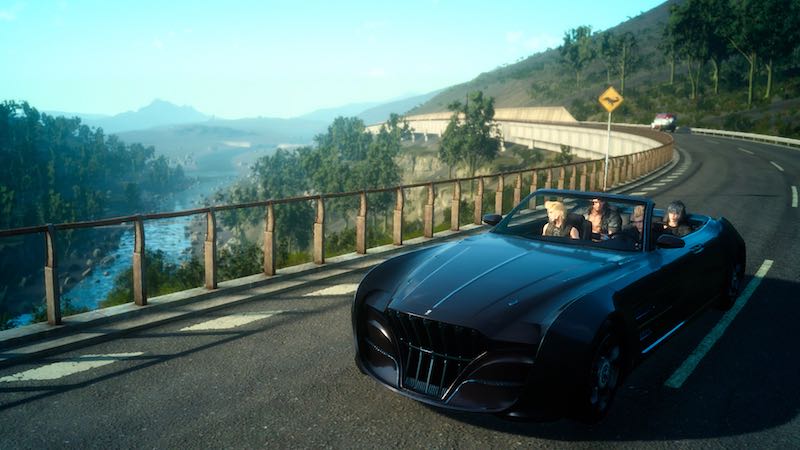 Final Fantasy XV's stellar production values go a long way in making your time with the game fly by, while the theme of reality pervades into the game’s combat system as well, even despite Noctis being able to summon weapons on the fly. Whether you’re cutting a foe down to size with a battle axe, or stabbing away with a dagger, there’s a discernible difference in the way each weapon works, adding an element of strategy. You can also link up your attacks with your friends in Final Fantasy XV. This results in amazing spectacles, with great visual flair. And if you prefer the strategic option, there’s the Wait Mode, which brings the game to a halt when Noctis is not in motion. Doing so allows you to plan your attack as you see fit. Even in the game’s most demanding boss fights, it holds up well.

However, using magic in battle in Final Fantasy XV appears to be tacked on as an afterthought. Casting a spell affects everyone on the battlefield. This implementation of a series staple saw us using it at the beginning of a fight and little else. You can craft your own magic by harvesting elements peppered through the game world, but its use is minimal. Despite this, combat is one of Final Fantasy XV’s strongest points, and there’s an addictive quality to it that never allowed the game to feel like a slog, even when the odds are against you.

Also great is the Final Fantasy XV's progression system. As you slay foes and take the story forward, you earn experience points that boost your attributes such as health and magic. You also earn ability points that let you unlock new skills for your party. Aside from letting you kill more efficiently, they also let you take advantage of exploration to earn more ability points, which we found to be a welcome addition. What this meant is, you could do non-combat activities such as cooking, setting up camp, or simply driving from one point to another, to unlock your team's talents. 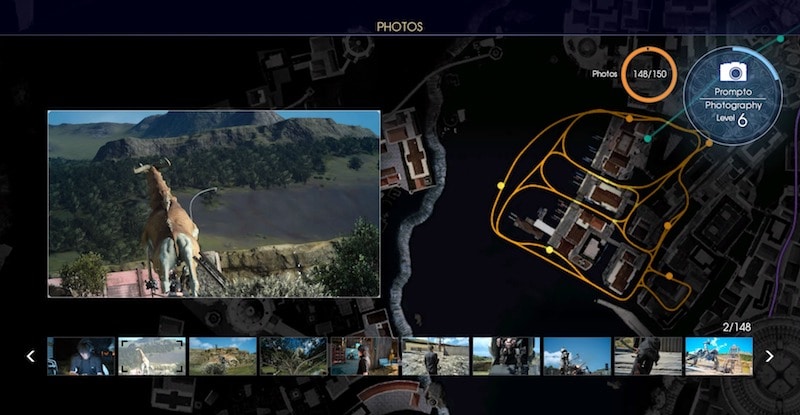 As we mentioned in our earlier preview, Final Fantasy XV has you making full use of inns and camps to level up characters. Although you gain experience from battles and for finishing quests, these impact statistics such as health and magic points only when you spend the night at an inn or a camp. It would be prudent to do this as at night, monsters are aplenty and powerful, leading to certain death. If you're willing to risk your progress, this might seem unnecessary, but it has an interesting addition — photos. Each time you check in to an inn or use a camp site, you’ll be treated to pictures depicting past events. It’s a cool way to collect gameplay memories. Sometimes, they also unlock certain moments which, though not crucial to the game’s plot, go a long way in getting to know those around you.

And get to know them you will, across the game's 15 chapters. Final Fantasy XV can be finished in a few days, but there’s an abundance of side-quests to partake in, which complement the main story brilliantly. You’ll want to do them, given that Gil — the currency in Final Fantasy XV — isn’t always available too easily. If you want good weapons, and armour, or even gas for your car, you’ll need to explore these missions a bit.

Towards the end, the Final Fantasy XV's open-world makes way for linear corridors and puzzles. Barring one particularly annoying chapter late in the game (complete with monsters that steal your dwindling potions and pseudo-horror jump scares), the sense of pacing is consistent and the transition to linearity works well enough. Even in its few forced stealth sections, there's little to take away from the action. And if you’re craving the Final Fantasy XV's wide, sprawling spaces, it lets you go back as well. This is handy if you find yourself underpowered before the impactful final encounter at the end of it all, or if you’re a completionist looking to finish everything in a single playthrough. 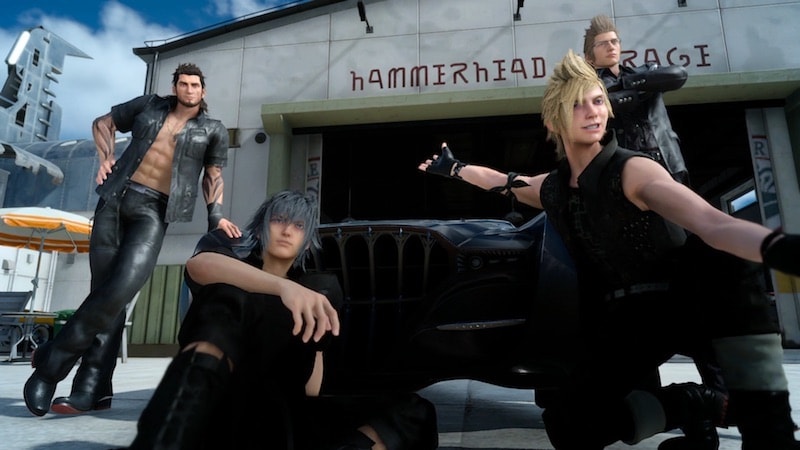 Perhaps our biggest grouse is reserved for the Final Fantasy XV's music. It’s simply unremarkable. Not a single track stood out or stuck in our heads, unless you count the music in its menus, which is just a new spin on an existing Final Fantasy theme or tracks from old Final Fantasy games you can play as you drive through the world.

So is Final Fantasy XV everything it ought to be? For fans, yes. Without question, this is the Final Fantasy game you’ve been waiting for. That's actually surprising given how tumultuous its decade-long development as been. For first-timers, it depends how tolerant you are of narrative failings. Look past that, and you’re treated to fantastic moment to moment gameplay, and an intricate set of systems that will have you coming back for more.