Set in the world of Spira, Final Fantasy X follows star athlete Tidus as he joins a cast of warriors, mages, and summoners in an attempt to defeat Sin, an unstoppable evil force that threatens life as everyone knows it.

Without spoiling much, X-2 follows up two years after the events of the first game, putting you in the role of Yuna — a summoner from Final Fantasy X, now an adventurer — as she travels the world over in search of Tidus. 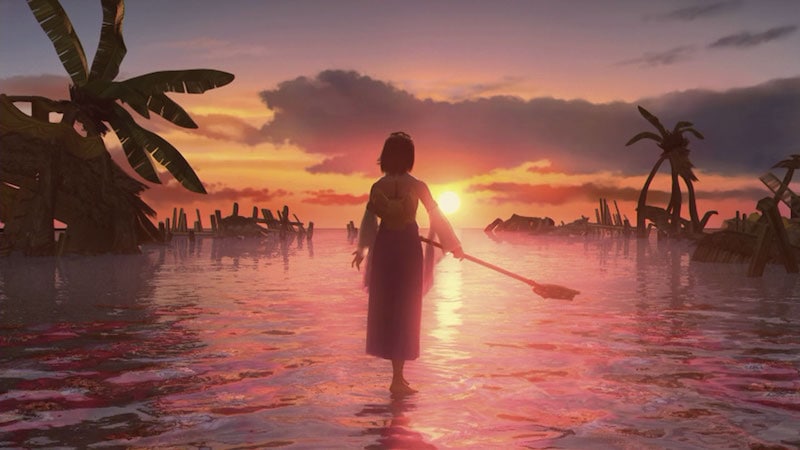 While the overarching narratives are not too dissimilar to past Final Fantasy games, X and X-2 sets themselves apart thanks to their unique visual style. Their setting borrows heavily from South Pacific islands with a tropical flair to its many environments and casual yet eccentric design of its characters and their clothes. They're far from your typical medieval or sci-fi role-playing game fare and that does a lot to keep Final Fantasy X and X-2 fresh nearly two decades since their original release.

Despite retaining a similar aesthetics, under the hood the gameplay differs wildly between Final Fantasy X and Final Fantasy X-2. Purists will regale in Final Fantasy X's traditional turn-based combat that's in-line with chess and older Final Fantasy titles, while X-2 has a punchier, faster battle system that lets you interrupt enemy attacks and string together combos, making it feel close to real time.

Throw in an elaborate job system that lets players swap between standard RPG classes like mages and thieves to more esoteric types like psychics and gunners, and you'll notice that Final Fantasy X-2 has a tremendous amount of depth for those looking for it.

The trade-off, however, is that Final Fantasy X-2 has mere three playable characters compared to X's seven. From the two, we prefer Final Fantasy X simply because the story holds up better while the events of X-2 feel a bit contrived in comparison. Although the gameplay mechanics of both titles are still incredibly enjoyable with great combat and mini-games aplenty. Nearly 20 years since their original launch, at their core, they're still a lot of fun to play.

Furthermore, the technical performance of both games on the Nintendo Switch is solid. Be it in docked or handheld mode, neither game had any issues in terms of frame rate. They're smooth through and through, even in their busiest moments with multiple enemies on screen. No surprise considering how well-optimised the game has been on its other platforms.

Though from a visual standpoint, there are trade-offs compared to the PS4 and PC versions. While the latter look a lot more sharper with vibrant colours, the Nintendo Switch versions are a bit duller, and have noticeable jagged edges around railings, stairs, as well as other objects. It's not game breaking by any means, but this isn't Final Fantasy X and X-2 at their best the compared to PS4 and PC.

In handheld mode, the Nintendo Switch version feels like a close second to the PS Vita. Checking the games on both an OLED and LCD PS Vita compared to the Nintendo Switch shows just how much Nintendo skimped on the console's display. It just doesn't look as good as it could have. 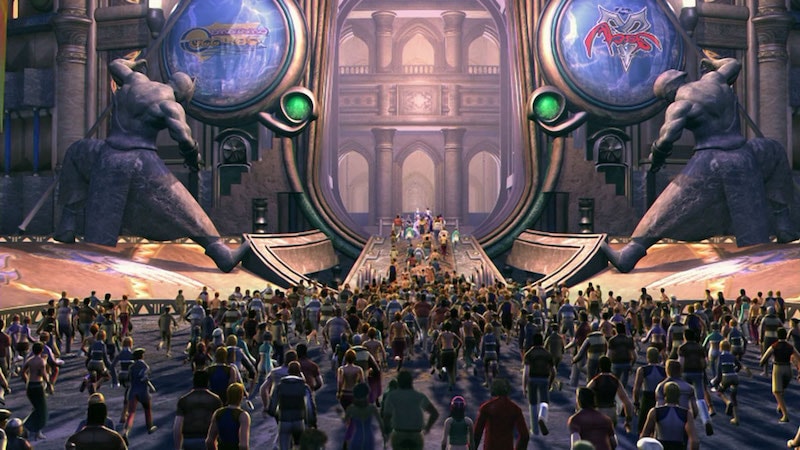 And there's more. Rather than borrow from Final Fantasy X and X-2 Remaster's excellent PC version that includes boosters such as speeding up traversal and removing random enemy encounters as well as auto-save, it has more in common with the PS3 and PS4 editions which forsakes all these niceties.

It doesn't help matters that if you're buying the physical edition of Final Fantasy X and X-2 outside of Japan that you'll need to download Final Fantasy X-2 separately, which is an additional 13GB. Touchscreen support is barebones too, borrowing from the PS Vita's ability to let you heal your party outside of battle, but little else.

Much like Final Fantasy VII, none of these issues are dealbreakers by any means, but they're incredibly tough to justify the Final Fantasy X and X-2 Remaster if you've already played the titles on other recent platforms like the PS4, PS Vita, and PC.

All of this leaves us feeling that Square Enix could have done more with the Final Fantasy X and X-2 Remaster. If you own a Nintendo Switch and have never played these games, they're well worth considering. For everyone, else however, there's little reason to dive back in to the world of Spira.

Gadgets 360 played a review copy of Final Fantasy X and X-2 Remaster for the Nintendo Switch. The game is available now priced at Rs. 1,999.