FIFA 18 on Nintendo Switch Is the Best Portable Football Game

Until the end of last month, if you were hoping to play a game of football on-the-go, virtually all your options existed on phones. The problem with nearly every single one of them was the same: a subpar experience, that couldn't live up to what you'd on your home console. But that changed with EA's release of FIFA 18 on Nintendo Switch, which promises fans the same game – in name, at least – that you get on PlayStation, Xbox, and PC.

It's not all there, unfortunately, but it's still the best handheld football experience out there. We're pleased to see that EA has managed to shrink down the core gameplay in a good-enough looking package, though it's hard to justify the Rs. 4,299-price tag, given how it's outdated in nearly every aspect.

For one, FIFA 18 on Switch isn't on the newest physics engine, with the gameplay resembling a generation ago, that of FIFA 15 and FIFA 16. But that doesn't mean it loses out on features introduced since then, such as the driven passes and through balls, with those elements borrowed from FIFA 17 and integrated fully. It's not all there, with one of FIFA 18's best new features – Quick Subs – not available on the Switch.

FIFA 18 doesn't compromise on the resolution and performance, though. It runs at a smooth 60 fps in both handheld and docked modes, giving you 720p in the former and 1080p in the latter. But the game feels definitely dated, and nowhere near its console and PC counterparts. We switched between FIFA 18 on PS4 and Switch to compare, and the difference was clear as day. The best way to describe FIFA 18 on Switch is that it looks like how FIFA 15 did on PC with the lowest graphic settings. It's slightly better when the game cuts to a closer look during replays, though player features and kit animation are still visibly missing. The most obvious giveaway is the player face models, which lack the quality to be convincing.

Of course, the lack of visual fidelity isn't simply an EA issue, considering the limited power available on Nintendo's console, which uses Nvidia's standard Tegra X1 processor. That's why EA Sports said it wouldn't be possible to bring The Journey onto Switch because Frostbite cannot be adapted for the handheld device.

That doesn't explain the restriction on game modes, with the lack of Pro Clubs and a scaled-down Career Mode that doesn't get the new features – Transfer Hub and the like – that were introduced to FIFA this year on other platforms. For what it's worth, FIFA 18 on Switch does have Ultimate Team with both offline and online game modes, but you can't play any of it if you don't have an Internet connection.

Beyond that, you can play Seasons online and locally, the second of those with another Switch player nearby. There's no way to play with friends though, which seems to stem from Nintendo's half-baked online functionality rather than a fault of EA. 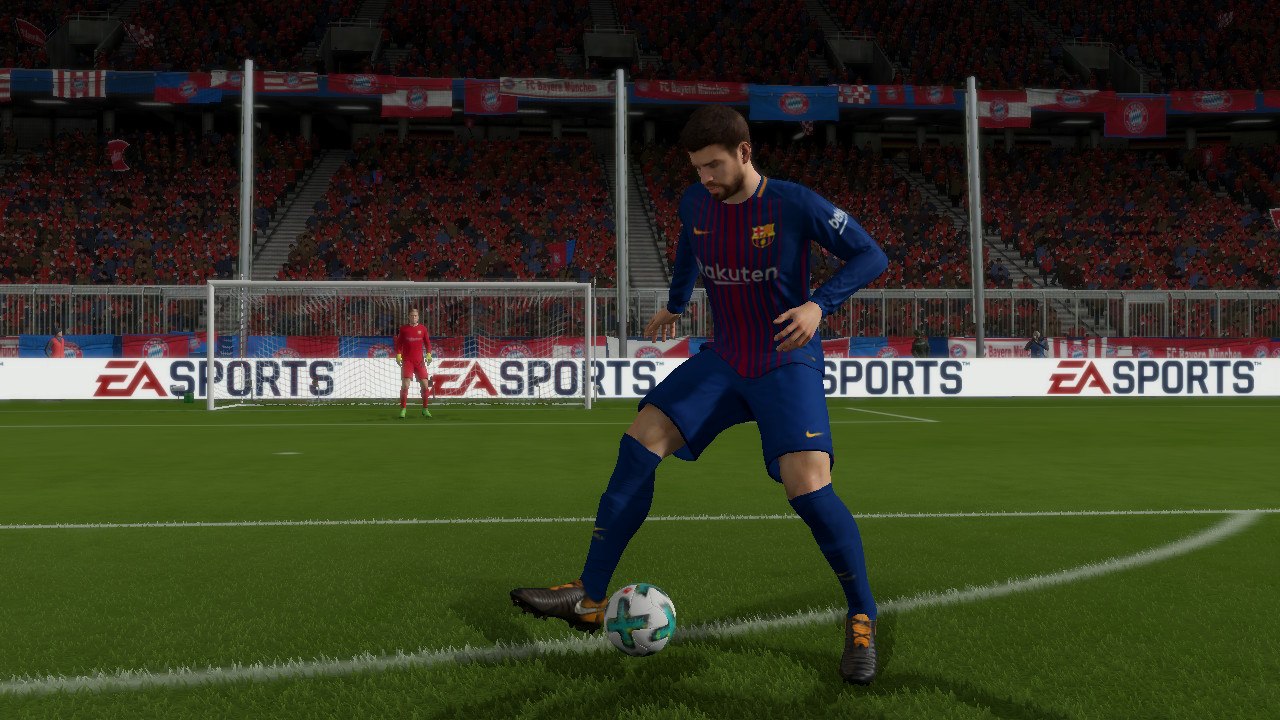 And of course, you can take on a friend on the same Switch in Kick-off, by handing them one-half of the Joy-Con pair. Due to the lack of buttons in this mode, EA has had to strip away a portion of the control scheme, which means you can't perform some advanced moves such as curled shots, driven passes, and jockey in defence.

But even by yourself, the Joy-Cons have a problem. A game like FIFA needs you to switch between several buttons at any given time, but the closeness and size of buttons on the Joy-Cons restricts that and makes it a far from ideal experience. The analogue stick on the Joy-Con also doesn't afford the dexterity you need for close dribbling.

The control scheme also behaves weirdly between the game and menus, since the buttons on the Switch are oriented in the opposite way of international controllers. (Of the four main buttons, the one on the right – A – is used to enter menus, and the one on the bottom – B – works as back.) And while EA has had the presence of mind to keep in-match controls the same as on other consoles, the menu controls work the other way around, which can be a bit confusing at times.

But ultimately, that's a small complaint in face of the gift FIFA 18 on Switch is for football fans. Sure, it's not anywhere near perfect – and it's a tough sell at full price, as we said before – but it's a competent outing in less than a year of development time. And hopefully, EA will consider building on it in a year's time, regardless of how it does in terms of sales.

Of course, if you already have a PS4 or Xbox One and spend most time playing at home, there's no point buying FIFA 18 on the Nintendo console. But for those that crave football action wherever they go, be it waiting in queues or at the doctor's office, it's an exciting addition to the Switch line-up.

product EA Sports' football sim makes its debut on the Nintendo handheld, but it can't justify its price tag.