Nearly four years after Dragons Dogma: Dark Arisen released on the PS3 and the Xbox 360, Capcom, the company behind hits like Resident Evil and Street Fighter, has finally released the game for the PC. Has it been worth the wait? Although four years have passed, not much has changed since then, except for technical fixes. In case you didn't play Dragon's Dogma when it first came out, here's what you should know.

Dragon's Dogma: Dark Arisen isn't your typical Capcom game. What this means is, it's not an instalment in one of the company's famous franchises. Instead, it's a new IP with a fantasy setting that has more in common with Lord of the Rings and The Hobbit. That's surprising considering that Capcom was notorious for rolling out multiple variants of games based on older IPs with only minor changes.

The game puts you in the role of an Arisen, a being fated to duel with a dragon to save humanity. For the most part this story is simply an excuse to partake in some of the best combat in a role-playing game after Bloodborne. There's a sense of fluidity to the proceedings allowing you to dodge, parry, and attack at will. But the best part is the ability to latch yourself onto ginormous creatures such as ogres and hydras, climbing them to attack weak points for some serious damage. It's no surprise that Dragon's Dogma: Dark Arisen sports a fantastic combat system as the team that worked on the game also made the first Devil May Cry - another Capcom classic. 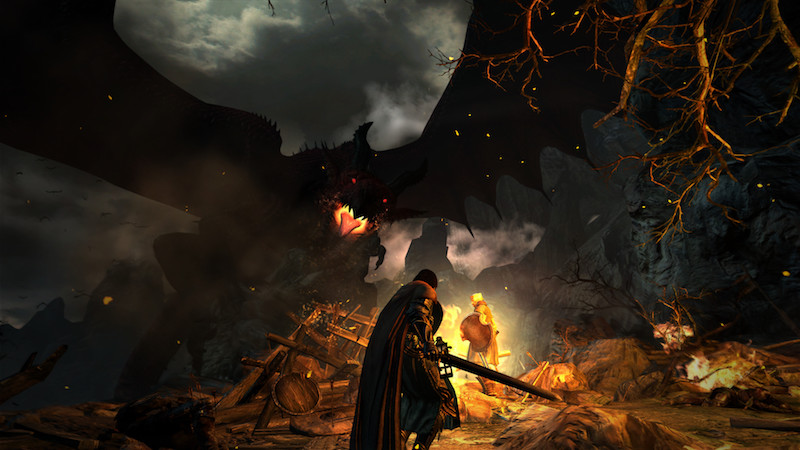 On the topic of monsters, the enemy design of Dragon's Dogma: Dark Arisen deserves a mention. More often than not they tower above you by quite a few feet. From chimeras and griffins to golems and dragons, they're a sight to behold and make for worthy foes. Suffice to say, the easy difficulty option in this game is a welcome addition.

This aside, there are computer controlled allies called pawns. These are warriors that appear human but lack free will. Being an Arisen allows you to control them. They team up with you as you go on your adventures, making it easy to cut down the host of monsters in your path. Like you, they too gain experience and learn new skills. If you connect to the Internet, then they can be used by your friends (or anyone else online), and gain new powers and items. It adds a sort of a meta-game to the proceedings, allowing you to manage your roster of sidekicks to hone their skills. The beauty of this is that the more missions your pawn undertakes while you're not playing, the more helpful it is when you are in the game.

There are some concerns though. For one, if you were expecting rich, detailed environments in the mould of Fallout 4, prepare to be disappointed. As we said, Capcom hasn't added anything new, so much like it was in 2012, the game world exists as a battleground with little flavour or character. Also, there's no indication to whether you're really powerful enough to take on a quest. As a result of this, you'll frequently run into boss fights, or encounter an extremely powerful enemy that can and will destroy at a moment's notice. It is something that hasn't been fixed even four years down the line, and is a source of continued annoyance. 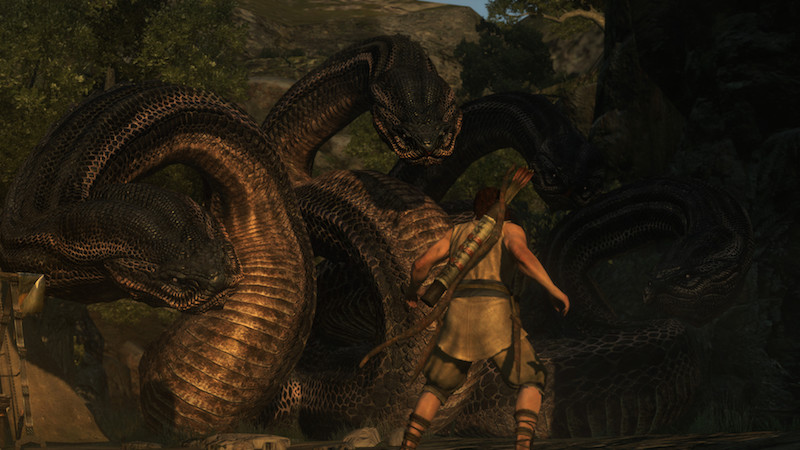 The one big change is that the game's technical performance has finally been improved. At the time of its initial release, Dragon's Dogma: Dark Arisen was plagued with frame rate drops, subpar visuals, and other glitches that made it unplayable for some. Now, thanks to the additional processing power of modern PCs, it's a substantial upgrade. You can run it at a heady 3840x2160 4K resolution, modify the field of view (FOV) to accommodate a better look of the game world allowing for more detail, and it performs well on older machines too.

Having said that, if you were hoping for a visually arresting game, you might want to temper those expectations. Dragon's Dogma: Dark Arisen is well-optimised for PCs but it's no looker. The end result is a cleaner, smoother looking game with a few spiffier effects and very little else.

As it stands, Dragon's Dogma: Dark Arisen for the PC is a fun romp with fantastic combat mechanics and an interesting pawn system. Granted it pales in comparison to contemporary role-playing games in terms of lore and environments, but the reasonable price and slew of additions for PC games ensure there's little cause for complaint. If you've already played the game on a console, you might not be interested as there is no new content, but if you missed it the last time around, then it's not a bad buy.