Dragon’s Crown Pro for the PS4 is a throwback to a time when role-playing games focussed more on gameplay — player progression and obtaining gear - instead of story or nuanced characters. In our preview, we talked about its deep and layered combat system, as well as variety in classes that were distinct enough to ensure no two playthroughs would be the same. For the most part, this remaster stays true to its source material — 2013’s Dragon’s Crown for the PS3 and PS Vita. But is that good enough five years later?

Taking place in the Kingdom of Hydeland, you’re an adventurer who undertakes quests for the townsfolk and its rulers. These have you disposing of ghosts, pirates, giant stone golems, sinister cults, and other sorts of monstrosities. Along the way you’ll hear of legends of the Dragon’s Crown — a legendary treasure that allows one to control an Ancient Dragon, a monster that has been banished from realm, but is rumoured to return.

As we mentioned in our preview that there are six classes to choose from - the Fighter, the Amazon, the Dwarf, the Sorceress, the Wizard, and the Elf. Each of them play differently, and you have to adopt a different strategy while playing as them.

The Fighter, for example, is best up close thanks to a shield that can soak up damage meant for other heroes. Having low health, the Sorceress is great at ranged attacks, allowing you to turn foes into frogs and summon skeletons. It’s this interplay between classes that keeps things fresh. While you can play Dragon’s Crown Pro with friends, you can also recruit allies in the game that belong to the aforementioned classes. 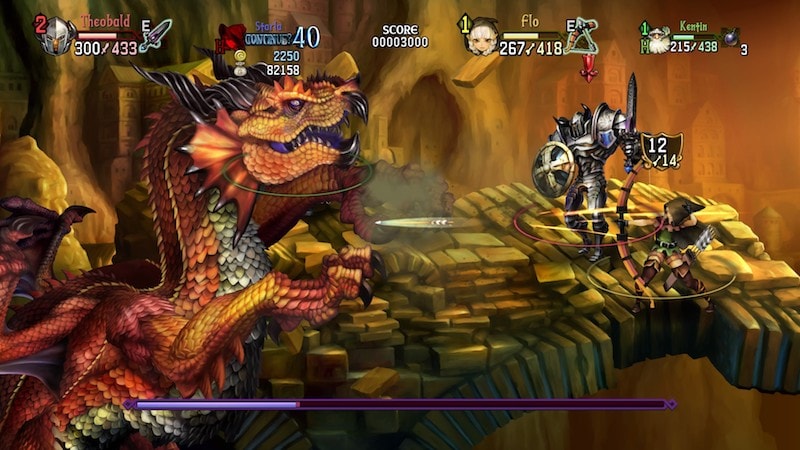 You could, if you so choose, stack up your four-hero party with Fighters alone, or opt for a more balanced approach. And though your character levels up - allowing you to gain more skills, health, and power - your allies do not. What this means is, you’ll constantly find yourself on the look out for piles of bones - an indicator of a fallen adventurer - on your quests to resurrect at the local church. While resurrecting costs you in-game currency, you could simply bury the bones for the possibility of earning new items. Thankfully, the game tells you the level of the ally you’ll be bringing back to life, allowing you to make an informed choice.

In addition to this, your only source of weapons and equipment is loot scavenged on your adventures. You won’t know what you’ve got until you get it appraised, which as you guessed it, costs you precious gold. Dragon’s Crown Pro does hint at what you get before you pay for an appraisal by telling you what class of weapon you have, ranging from E to S, from lowest to highest.

The cycle of taking on quests, defeating foes, obtaining loot and potential sidekicks, and heading back into town to see what you got may seem barebones but it does enough to keep you playing. Before you know it, you’ve settled into a comfortable groove that get better the longer you play. It helps that the combat is satisfying regardless of your character choice.

From the spear throwing Amazon to the fire-wielding Wizard, they’re a treat to play. Much like Diablo 3, you’ll be coming back again and again to play with different classes. Throw in numerous side-missions that range from freeing genies to collecting wyvern eggs and you have enough of a reason to keep playing long after you’re done with the main story which should take around 10 hours on normal difficulty. 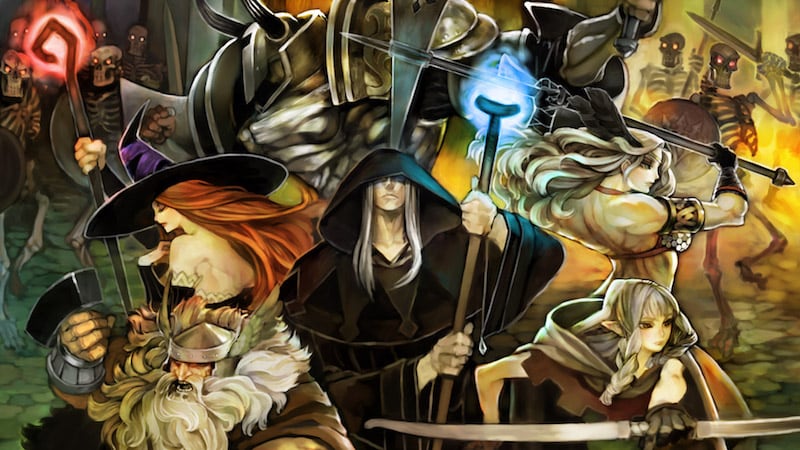 While the core gameplay of Dragon’s Crown Pro is fantastic, its superlative art style looks great when bumped up to 4K. It helps that the action remains fluid at 60fps on a PS4 Pro. Although 4K and 60fps for Dragon’s Crown Pro are nice to have, their presence isn’t as colossal as they could be, simply because of how good the game looked and played in its first outing on the PS3 and PS Vita, which still hold up well even today. Other minor conveniences include the use of the DualShock 4 touchpad to interact with doors, runes, and treasure chests in the game’s environment.

Speaking of Sony’s past consoles, your save file of the original Dragon’s Crown on the PS3 or PS Vita will work just fine with Dragon’s Crown Pro, letting you pick up where you left off if you bought it back in the day. It's a nice touch, provided you backed up your save file online or on a USB drive. Progress across all versions syncs as well, allowing you to play it on your PS4 and carry on your adventure on the PS Vita if you use the cloud save feature that’s a part of the PS Plus subscription.

Where Dragon’s Crown Pro falls short is in its extras. There’s nothing in the way of extra game modes, features or even a behind the scenes take on its development which feels amiss. More so when you consider its $50 price tag (Rs. 2,999 in India).

This minor grouse aside, Dragon’s Crown Pro is an entertaining RPG when played solo or with friends. With so many remasters available on current generation consoles, its production values are reminiscent of a time when developers made games and not ever evolving live services. It’s still a ton of fun to play, even five years later.