Dishonored: Death of the Outsider Review

After last year’s enjoyable, albeit technically flawed, Dishonored 2, and this year’s superlative Prey, comes Dishonored: Death of the Outsider. This Arkane Studios title is a standalone expansion that exists to cap off the stealth-action/ immersive-sim series. Is it a fitting farewell, or does it fall short? We tell you.

Dishonored: Death of the Outsider takes place after the events of Dishonored 2. You take on the role of Billie Lurk, an assassin and steamboat captain who played a pivotal role in the first two games. This time around, you’re on the hunt for your mentor, Daud, who was responsible for the events of the original Dishonored falling into place. The duo then set off to find a mythical sword necessary to kill the Outsider - the god that doled out the supernatural abilities and black magic seen throughout the series.

As you can tell, Dishonored: Death of the Outsider is very lore-heavy, with a lot of callbacks to earlier games in the series. This is one for the fans, and a lot of its narrative will fall flat unless you’ve already played the previous titles.

Story concerns aside, Dishonored: Death of the Outsider grants new three powers. Displace lets you get to hard to reach places with ease, Foresight turns you into a spectral being, allowing you to tag foes in your vicinity, letting you skulk by or attack them with ease, and with Semblance you can steal the face of a passerby and use it as a disguise to avoid combat.

These three powers are pretty much all you’re going to get from Dishonored: Death of the Outsider. You can modify them with the use of bone charms but they don’t end up making a dramatic difference. Also new is regenerating magic - much like auto-replenishing health in the Call of Duty or Halo games, your magic automatically tops up. What this means is that you’re never too far from being able to use your powers over and over again, without the need for elixirs like in past games. The result of a more focussed set of powers and tweaks to magic usage is a slightly more empowering game, compared to the last two. You know what your strengths and weaknesses are from the get go, and you don’t have to think too hard about how to use a situation to your advantage.

This works surprisingly well with the environments of its missions. With five missions to play through, none of Dishonored: Death of the Outsider’s levels feel cramped. Rather, they’re welcome twists on familiar locales from Dishonored 2. This includes one mission taking place in the Royal Conservatory, and another on Karnaca’s streets. 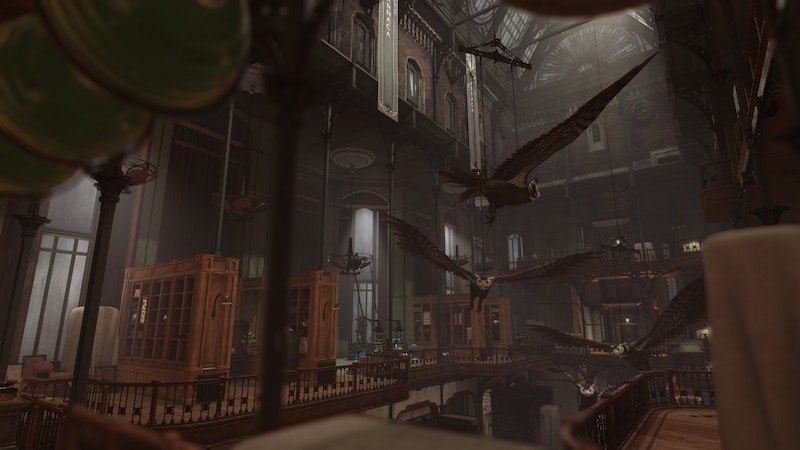 The highlight mission comes right in the middle of Dishonored: Death of the Outsider. The bank heist of mission three is an absolute treat to play, allowing you plenty ways to complete your objective ranging from the stealthy to the bombastic. But that’s it really. There’s no other stand-out moment here. You'll not find missions like the Clockwork Mansion, or A Crack in the Slab from Dishonored 2, and no Lady Boyle's Last Party, or House of Pleasure from the first Dishonored.

For a series that’s been consistent on delivering memorable missions, the sole standout level sticks out like a sore thumb in Dishonored: Death of the Outsider. The ending of Dishonored: Death of the Outsider is also far from satisfying. The characterisation of Daud and Lurk in previous games indicated that the last thing they’d want, would be to kill the Outsider. The ease with which Lurk goes ahead with Daud’s plan is all the more contrived what with their relationship souring during the Dishonored: Knife of Dunwall expansion.

Furthermore, your choice of playstyle has no consequence on the game’s outcome. Previous titles had a darker ending if you ended up killing more foes. This time, it doesn’t matter. Neither do the targets you’re tasked with stealing from. Be it corrupt bank owner Delores Michaels or a sinister government official Ivan Jacobi, them living or dying is irrelevant to the game. 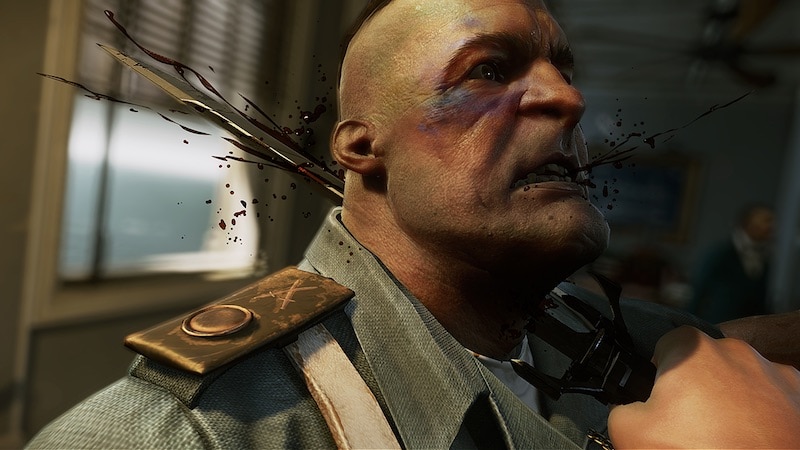 Past entries let you do interesting things to your target, such as installing a stand-in actor for a duke, resulting in a near-invisible coup in Dishonored 2, or branding a high ranking leader of a religious order as a heretic leading to his being thrown out by his own clergy in Dishonored. The culling of this variety simply puts a damper on the proceedings.

In its place however, are some intriguing side-missions. Be it assassinating a mime, or ensuring a doctor who performs experiments on his patients is taken to task, these ensure that you’re kept busy beyond the main story. As does the Original Game Plus mode, accessible after finishing the game once. This lets you take on Dishonored: Death of the Outsider with three abilities from Dishonored 2 - Blink, Domino, and Dark Vision. These are nice inclusions that extend the gameplay without feeling like excessive padding.

While Dishonored: Death of the Outsider’s core gameplay remains as fun as ever, Arkane’s methods to resolve its story are debatable. The lack of consequence is equally glaring. All of these make it a leaner experience that fans may enjoy. Granted it’s the most affordable entry in the series at launch, but everyone else should check out Dishonored: Definitive Edition before even considering this one.

product Dishonored: Death of the Outsider is a standalone expansion that you can play without having bought the other games in the series, but knowledge of the storyline is really important if you want to know what's going on.
Comments