It's a surprise Darksiders 3 exists. Although Darksiders and Darksiders 2 were critically acclaimed, financial troubles sunk series publisher THQ as well as developer Vigil Games, ensuring the action-adventure franchise would be on indefinite hiatus. That is until Nordic Games (now THQ Nordic) took over the IP and tasked Gunfire Games — a game studio consisting of ex-Vigil employees — to bring Darksiders 3 to life. What's even more shocking is that Darksiders 3 could very well be the best game in the series thus far.

Despite having a '3' in its title, the events of Darksiders 3 take place parallel to the previous titles. This means it shares a similar premise too, taking place a colossal war between angels and demons has caused the end of humanity on earth. Amidst this, you control Fury, the third of the Four Horsemen of the Apocalypse — a logical step, considering the first and second game had you as War and Death, the first and second of the Four Horsemen respectively.

The story of Darksiders 3 has Fury tasked with slaying the Seven Sins who have made this post post-apocalyptic version of earth their home. Like past games, all is not what it seems and before you know it, the events of Darksiders 3 take some interesting twists and turns. Without spoiling much, Darksiders 3 ends up being an interesting tale regardless of your exposure to past titles as you explore every nook and cranny of its sprawling world for the Seven Sins. 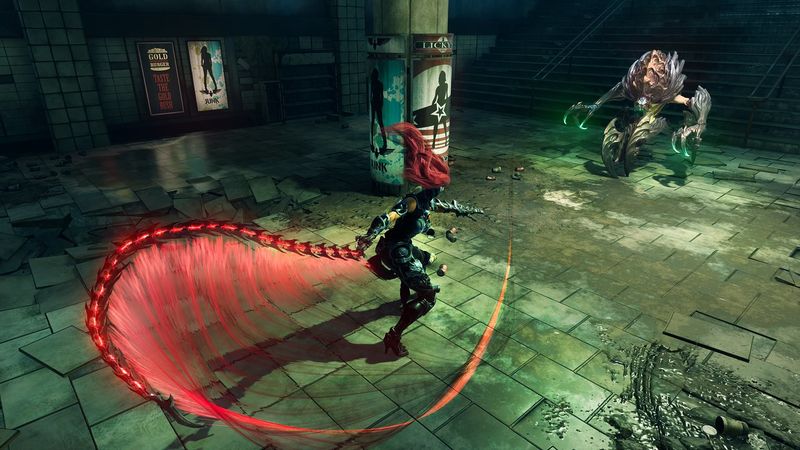 In terms of gameplay, Fury is not too dissimilar to Bayonetta from the Japanese action series of the same name. She's an agile combatant whose dodges slow down time, allowing you to land crucial hits with her main weapon, a whip. Along the way, you'll wield elements like fire and lightning. These grant you new weapons like axes and lances as well as modify how far or fast you jump, opening up new areas explore. You can swap out weapons and abilities on the fly, but unlike Death in Darksiders 2, you won't be collecting loot from fallen foes. Instead, you'll grab their souls to upgrade your attributes such as health and attack power, as well as use them as currency to buy items that augment your attacks such as temporary invincibility.

There's a slight learning curve to controlling Fury, particularly if you're used to fast-paced fare like the aforementioned Bayonetta and Devil May Cry games, as dodging feels just a bit slower. Though once you're used to it, there's little in the way to stop you from seeing all that there is to discover.

And discover you shall. The biggest change in Darksiders 3 versus past releases is the game world. Past entries had all the action taking place in dungeons teeming with puzzles and enemies with a central hub to upgrade your gear. Here, Gunfire Games has opted for a more organic approach. Borrowing from the Dark Souls series, it treats the entire game world as one giant dungeon. This results in areas feeling more organic and interconnected. From dilapidated underground subways to ruined cathedrals, if you can see it in Darksiders 3, you can definitely get to it, making it the most immersive location in the series to date. 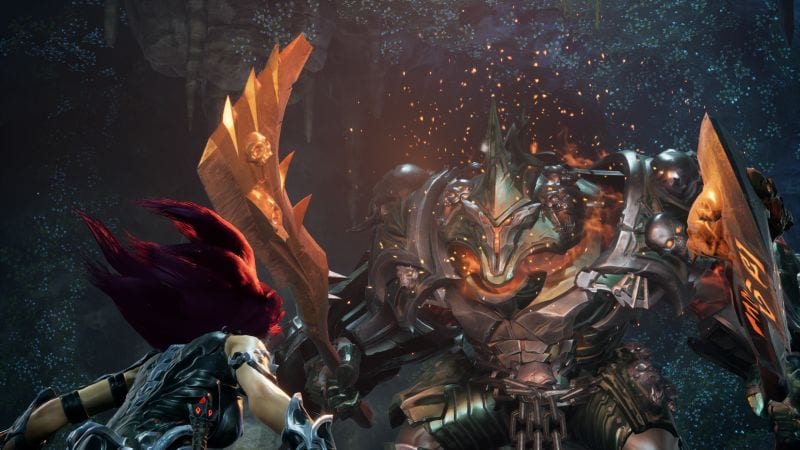 Throw in some well-designed boss encounters — such as Pride and Sloth — each with their own unique strengths and weaknesses, and Darksiders 3 offers a welcome challenge. Though it's not without its drawbacks. Even at its easiest difficulty, you will die often if you're not careful. This wouldn't be a problem if the game would autosave regularly, which it does not. In fact, it only does so when you're visiting a merchant to get gear or in specific areas. This means you could find yourself replaying large sections of the game if you aren't absolutely cautious going into every situation. Hopefully this is fixed in a future update.

This caveat aside, Darksiders 3 is quite enjoyable. The visuals are fantastic with well-detailed characters and environments. Playing it on a laptop with an Intel Core i7-7700HQ processor (2.8GHz), an Nvidia GTX 1060, 128GB SSD, and 16GB RAM, Darksiders 3 rarely dropped below 60 frames per second at 1080p with all settings maxed out. While keyboard and mouse controls for the game work as they should, we'd recommend playing this with a controller due to how much more intuitive it is for this kind of title.

All in all, Darksiders 3 is a stunning return to a franchise that we'd love to see more of. The stellar game world, intriguing story, and slick gameplay make it one worth checking out even if you're not a fan of the series. It's a surprise Darksiders 3 exists. And a welcome one at that.

product Is Darksiders 3 for PC, PS4, and Xbox One worth a buy? Find out in our Darksiders 3 review. 4.5 out of 5 stars