Dark Souls 3 might not be the last game in the series, but it's easy to see why its creator Hidetaka Miyazaki said it could be. There's a stunningly realised world in ruin, and a seemingly infinite number of hyper-difficult enemies to kill. On the surface, it appears to be more of the same.

Like every game in the Souls series, the plot is vague, compelling you to slaughter all manner of monstrosities ranging from giants to undead trees. The familiarity kicks in almost instantaneously thanks to a well-worn setting and art direction before you actually attack your first foe. But when you do, it comes into its own.

What's interesting is how quick Dark Souls 3's combat is. Much like developer FromSoftware's last game, Bloodborne, you can dodge and side-step almost every blow with consummate ease, but the use of shields to block attacks is just as important. This is because you can't regain health by attacking as you could in Bloodborne. 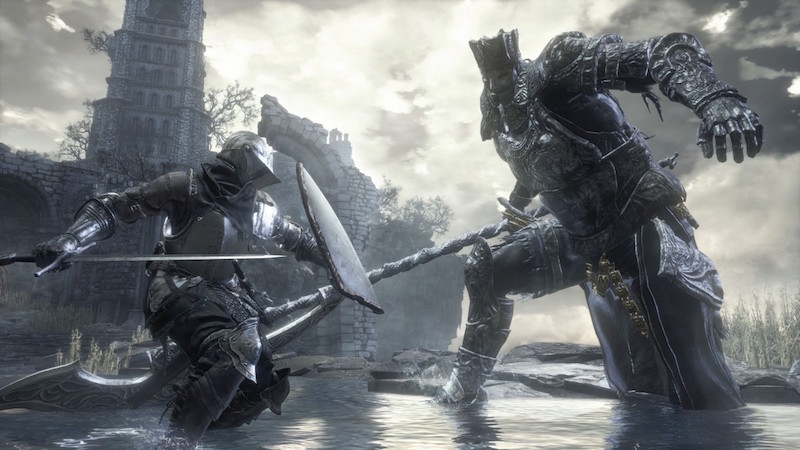 (Also see: Dark Souls 3 PC Requirements Are Here, and They Are Modest)

In addition to this, dual-wielding a weapon grants you access to new kinds of attacks. These include the ability to use a bow like a sniper rifle to zoom in to your target, or letting a longsword perform a strike that decimates an opponent's shield. These weapon arts - as the game calls them - use up both the stamina bar as well as focus points, which seems to be a replacement for the set number of times you could cast magic in previous entries. Although stamina regenerates after some time, focus points do not, forcing you to think before unleashing a critical hit, adding a dimension of strategy in the process.

All of this results in gameplay that squarely falls in between the blistering pace of Bloodborne and the staccato rhythm of other Souls games. The surprisingly good amalgamation of familiar gameplay concepts that work well in concert gives Dark Souls 3 an identity that's a whole lot more refined than anything we've come across in the series.

Combat aside, there's a welcome density to the world of Dark Souls 3. From a host of non-playable characters with their own quest lines to unruly mobs of abominations looking to ensure your early demise, there's a lot going on. Throw in the fact that each section has multiple routes, shortcuts and verticality, and you have game consisting of intricately layered levels that reward exploration and caution. 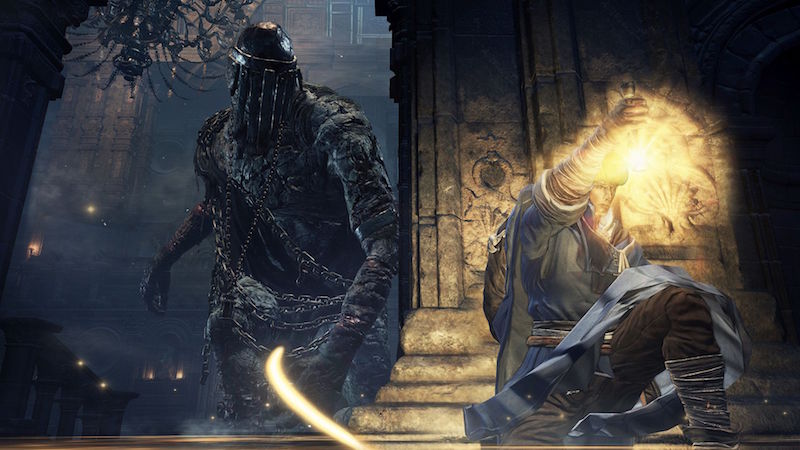 Before you know it, you'll find yourself immersed in delving through each nook and cranny to make some sense of the events unfolding. Be it armour descriptions or weapon drops from the recently deceased, every element fills in the blanks of the game's sordid tale. There's a heady mix of both Lovecraftian and medieval styles across environments to add just enough variety to keep you going.

The differentiation extends to the game's many bosses. Most have multiple phases and get tougher to defeat the closer they are to their death. It makes for enthralling affairs. Souls veterans are probably aware that being greeted by a 'game over' screen the first time around is all but obvious, so if you're new to the series, prepare to die, several times over. Each boss demands a different approach and an enormous amount of patience, but the sheer satisfaction of beating them more than makes up for it.

Along the way, prepare to make several trips to Firelink Shrine. It's the hub where you unlock new areas to travel to, meet non-playable characters (NPCs), buy items, and most importantly, level up your character. Borrowing from Dark Souls 2, you can only upgrade your stats here and nowhere else. It does tend to disrupt the flow of gameplay from time to time, what with Dark Souls 1 allowing you to do so at bonfires that littered the game world. You'll be back often for gear, and to level up to survive what stands in your way. 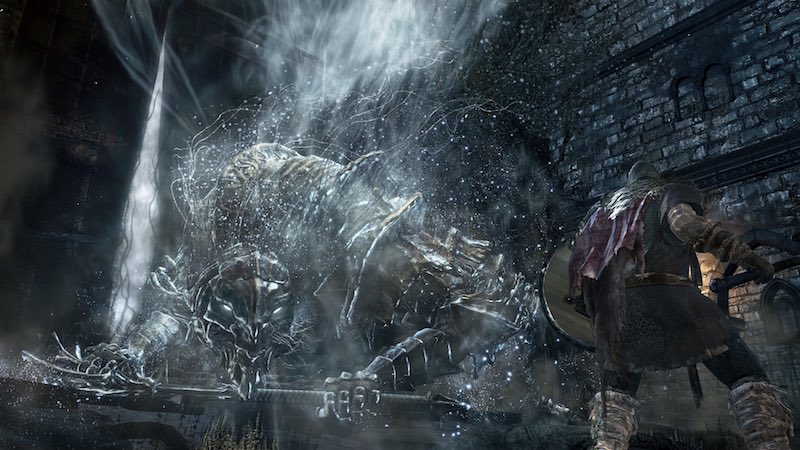 However, there's one villain that will almost always get the better of you despite of your character's strengths - the game's camera. On occasion you will die because the camera gets obscured by enemies or gets stuck to a wall. This prevents you from knowing which direction to roll and it gets worse when you're up against a large boss in a confined space, making an already difficult game all the more tougher.

Furthermore, menu and inventory management seems as cutting edge as it was in previous instalments, which is to say it's as intuitive as trying to browse the Internet on an abacus. Evidently there's been little effort to fix these long-standing issues.

This isn't all. Dark Souls 3 stutters, dropping a few frames below the advertised 30 frames per second. Now it isn't as bad as say, Batman: Arkham Knight on PC at launch, but there's enough of it to put a damper on your experience. It's extremely noticeable on the Xbox One and, according to reports we've seen elsewhere, present on the PS4 as well, albeit only in the game's busier sections. Hopefully this will be rectified with a day one patch when the game is out officially on April 12.

So Dark Souls 3 might not be the last game in the series, but we won't be surprised if it's taken in a different direction going forward. The remarkable improvements in terms of combat, level design, and boss encounters, made our time with it well spent despite its technical and user interface failings.