Crash Bandicoot N. Sane Trilogy for the Nintendo Switch is a compilation of Crash Bandicoot, Crash Bandicoot 2: Cortex Strikes Back, and Crash Bandicoot: Warped. These games originally released on the original PlayStation between 1996 and 1998. They had you in the role of the titular Crash Bandicoot as you jumped and spun across icy caverns and medieval villages in an attempt to thwart your nemesis Doctor Neo Cortex. Do Crash Bandicoot’s adventures hold up nearly 20 years later? Let’s find out.

First up, Crash Bandicoot N. Sane Trilogy - which is a 5.2GB download size on the Nintendo Switch - adds some common features across all three games. There’s a unified checkpoint system so you don’t have to begin each level from the start or lose your progress; the option for manual and automatic saves; and time trials that let you take on specific levels within a certain time frame. You can also play most stages in each game as Crash’s sister Coco, which wasn’t possible when the games first released.

As for the games themselves, they’re as tough as ever. The original Crash Bandicoot, despite the aforementioned additions, is hard as nails. Be it bridge-themed levels like Road to Nowhere and The High Road complete with planks of wood falling beneath your feet and wild hogs running into you or the tribal-inspired Native Fortress that has you dealing with spikes of death and fire pits aplenty, it’s as tough as you remember if not more so. And if it’s your first time checking out the Crash games, we’d recommend checking it out as a curiosity rather than one for completion unless you’re hankering for an old school challenge. The story is cliched too as you aid Crash Bandicoot on a quest to foil Cortex's plans for world domination, and rescue his girlfriend Tawna. 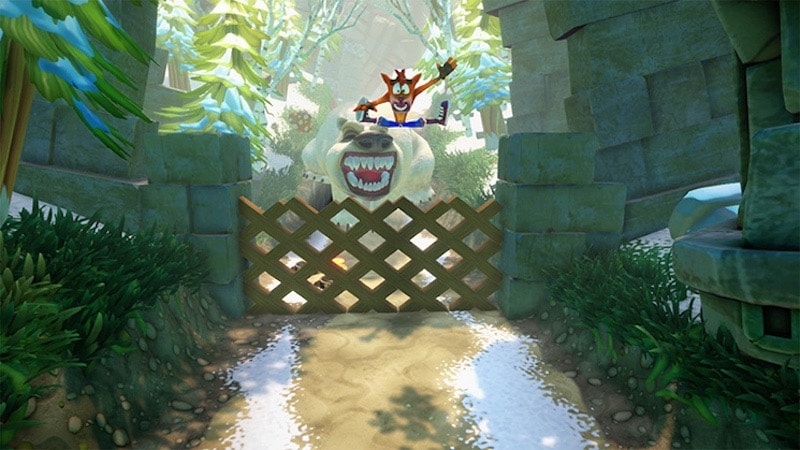 Crash Bandicoot 2: Cortex Strikes Back fares a bit better thanks to inspired art direction, music, and cartoony voice acting. This time around you’re tasked with collecting crystals to save the world from ruin. Be it snow levels like Cold Hard Crash and Totally Bear that have you navigating icy environments with enemies galore or Piston It Away where Crash has to avoid giant pistons, robots, and shrink rays to survive, it’s a varied romp that pulls no punches. Though it’s a tad harder to navigate what with so much going on, it’s also less of a slog compared to its predecessor, making it a decent starting point for newcomers.

Finally, there’s Crash Bandicoot: Warped. It’s perhaps the most accessible and enjoyable entry of the bunch thanks to an expanded number of stages. The plot has you going through various eras in time including medieval villages where your enemies include frogs that kill you with kisses, Arabian rooftops replete with genies and scorpions, and even a romp across the Great Wall of China complete with dragons. Throw in inventive boss fights set in Roman Coliseums and an excellent musical score, and you have what is the pinnacle of the franchise. This third instalment in the Crash Bandicoot series alone is good enough to warrant being worth the entire price of admission of the Crash Bandicoot N. Sane Trilogy. 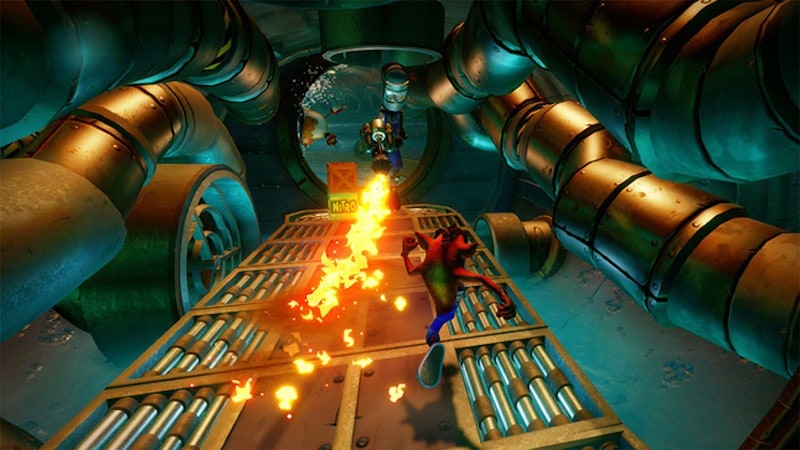 While there’s enough in terms of content, Crash Bandicoot N. Sane Trilogy looks good too. Granted the Nintendo Switch version is not as high-fidelity as its counterparts on Xbox One X and Windows PC, but it holds its own in both docked and handheld mode. Controls across games felt solid and responsive, allowing us to pull off every action as we needed to using the Nintendo Switch Joy-Con and the Nintendo Switch Pro Controller. From the two though, the latter provides the better experience particularly if you’re playing on a big screen in docked mode.

All in all, Crash Bandicoot N. Sane Trilogy is a welcome remaster in a generation full of them. Every level is intact and while the difficulty may annoy newcomers, there’s enough here to keep you busy if you’re looking for a throwback to 90s gaming goodness.

Gadgets 360 played a review copy of Crash Bandicoot N. Sane Trilogy for the Nintendo Switch. The game is out now priced with a cartridge available at Rs. 2,999 and $40 (around Rs. 2,750) on the Nintendo eShop.