Cosmic Star Heroine for the Nintendo Switch is a sci-fi role-playing game inspired by classics of the 16-bit era such as Final Fantasy VI and Chrono Trigger. But by the end of its journey, the entire experience had a tone that was completely its own. It follows the adventures of Alyssa L'Salle, a government agent who goes rogue after unearthing a conspiracy that could destroy the universe. While this may sound like your standard plot, it's kept fresh thanks its ingenious combat and breakneck pacing.

Despite its futuristic setting, Cosmic Star Heroine's biggest draw is its combat. It's a turn-based affair not too dissimilar to traditional Japanese role-playing games albeit with a few twists. For one, you can only use a single action once -- be it regular attacks, special moves, or even items. In addition, the longer battles progress, the harder you can hit, doing more damage. You can recharge your skills though, by taking a turn to defend instead of doing anything else. These tweaks to the battle system ensure that you end up using every power and ability at your disposal, making each encounter more varied than they usually are in your standard RPG.

In our experience, some RPGs fall into a lull where combat gets stale because by the time you're a fourth of the way in, you have a good idea on which skills to depend on to see you through the game's end. Thanks to limiting what you can use and forcing you to consider skipping a turn to recharge your skills, Cosmic Star Heroine's encounters felt strategic and satisfying till the very end. 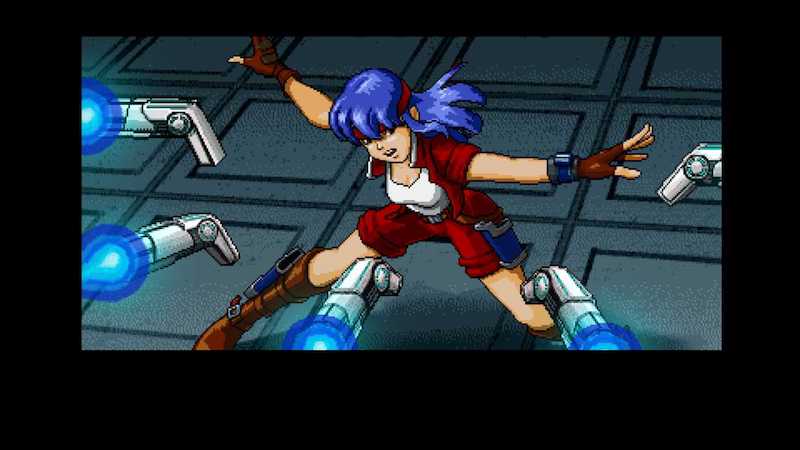 And while some battles may stretch on, Cosmic Star Heroine's events do not. If you were expecting a massive 120 hour epic like Persona 5 or The Witcher 3, think again. The game is short compared to others in this genre and you should be able to finish it in around 15 hours on normal difficulty.

Cosmic Star Heroine takes place across three worlds - Araenu, Rhomu, and Nuluup, each with their own diverse look and feel as well as unique missions. From infiltrating the birthday party of a well known smuggler to piloting a giant robot so you can beat up colossal monsters or taking down ghost fish to get a submarine moving, the proceedings of Cosmic Star Heroine are far from predictable and do a great job of keeping you guessing where this adventure would go next.

How to Buy Nintendo Switch Games in India 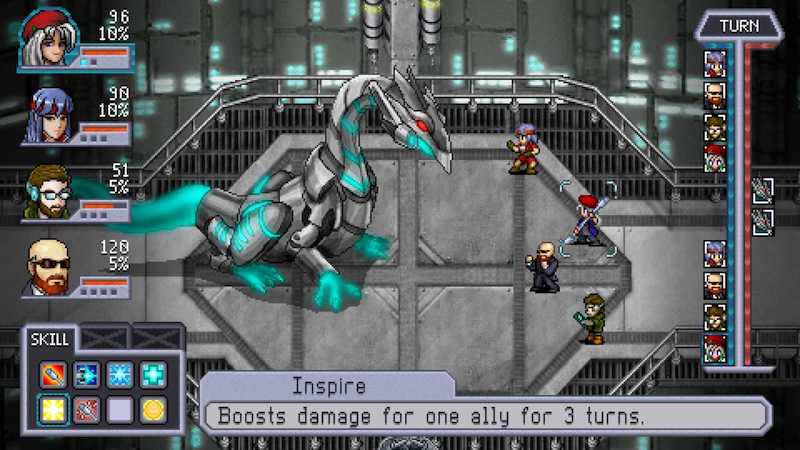 This extends to the game's cast as well. Be it Lauren, a green-haired pop idol with an anarchist streak to Orson, a ghostly detective with gravity-manipulating powers or Clarke - a mustachioed, dance-obsessed robot reminiscent of Futurama's Bender minus the profanity, they're a motley bunch that makes the game all the more memorable. Sure, the retro aesthetic has been done to death but thanks to fantastic character design, slick music, and sublime cut-scenes, Cosmic Star Heroine's production values are second to none with flawless performance on the Nintendo Switch in both docked and handheld mode.

That said, there's one minor flaw. Without spoiling much, Alyssa's decision to go rogue develops and concludes over two text boxes. It's dealt with extreme brevity. Although this does result in a game that's tightly paced, it's probably the only point in Cosmic Star Heroine's solid narrative that we wish had greater screen time and exposition.

This aside, Cosmic Star Heroine is one of the better RPGs around. It may tread familiar ground, but it does so on its own terms, making for a game well worth experiencing even if you aren't a fan of the genre.