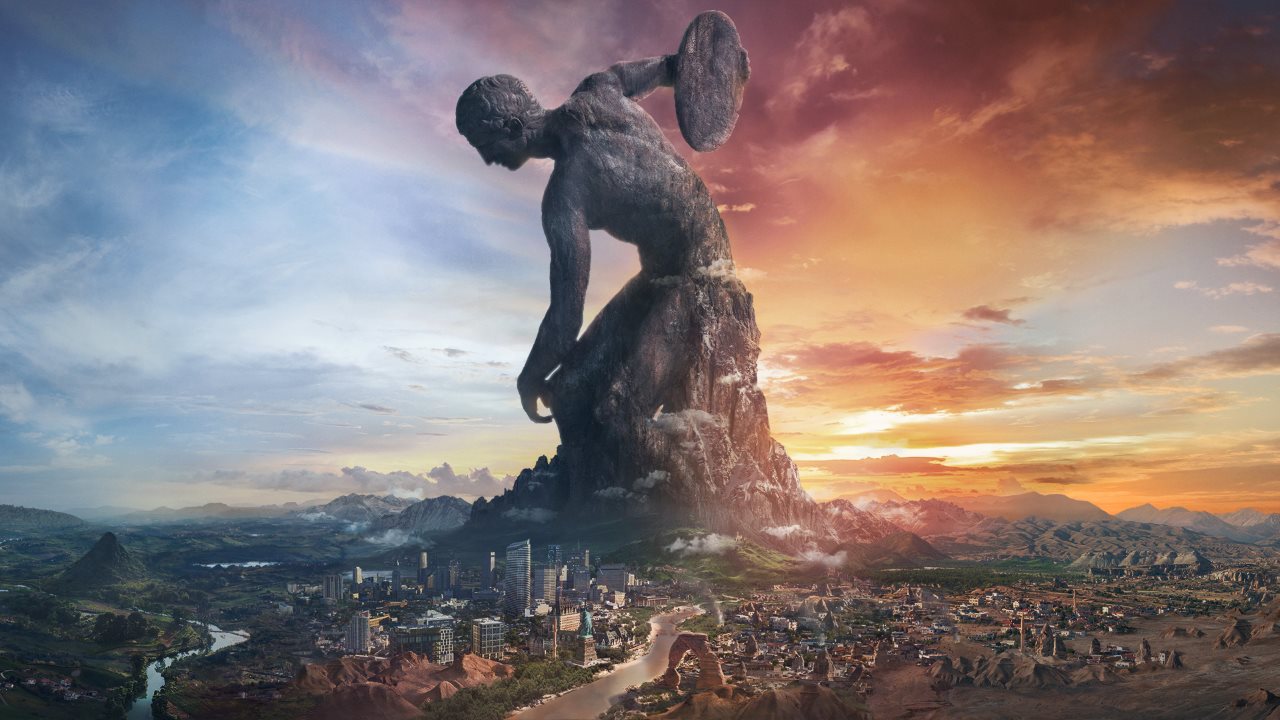 Civilization 6 brought some big ideas when it released in 2016 with the introduction of Districts – city improvements that occupied their own tiles instead of sitting atop the city tile, a revolutionary concept for the series – completely changing how players viewed the location of a new settlement, and new systems such as Eureka and Inspiration playing a huge role in allowing for non-domination victories. The big downside was the rather fickle and dumb AI, whose cluelessness in times of war led to some hilarious moments.

That's where the game's first expansion – Civilization 6: Rise and Fall – comes in. Its aim, on paper, is to further push the manifesto laid down by the base game, and weed out the problems that led to game-breaking experiences. And being a Civilization expansion, it also brings a roster of new civilisations, leaders, wonders, buildings, districts, and units. Rise and Fall is quite successful in emphasising different ways of playing – an improved advisor system includes recommendations from other branches, such as science, military, and religion – but it's much less successful in rooting out the issues.

One of the biggest and most obvious additions in Civilization 6: Rise and Fall is "Ages", which reflect your performance in an era, and define the peaks (Golden Age) and troughs (Dark Age) of your civilisation. It's what gives the expansion its name. How you do in one era defines the benefits for the next era. Ages work on a points system, with the game giving you three different tiers at the start of every new era. Say the threshold for Golden Age is 30 when you begin; then the bracket for Dark Age might be 0-15, and anywhere in between constitutes Normal Age.

The points needed are different for each civilisation, and depend on your position in the tech and civics tree relative to the era the game's in, the milestone Historic Moments you've achieved, and the Dedication you've chosen. Dedications are the main focus of a civilisation, such a constructing Districts, converting a city to your religion, discovering a new continent, or even something as simple as completing a trade route. The start of every new era gives you four Dedications to choose from; you get to pick just one if you're in a Dark/ Normal/ Golden Age, but if you earn a Heroic Age – going from Dark to Golden Age – you get to pick three.

In Civilization 6: Rise and Fall, you earn points every time you fulfil your Dedication, or complete researching a new technology or civic before anyone else in the world, making it a Historic Moment for your civilisation. Of course, you can also earn points using the traditional military method of conquest and expansion, but it's easier to earn points by non-military methods. This further contributes towards the developer's aim to bolster science, cultural and religious victories, what with the AI nudging you to focus on city improvements, rather than building units and look for a casus belli to go to war.

In Golden Ages, the people in your civilisation enter an elated state, becoming more dedicated to your rule. You get powerful bonuses from your Dedications as well, but the points required for the next Normal/ Golden Age are also raised, so it becomes tough to link up multiple Golden Ages. Despite its name, Dark Ages do have some benefits, giving you access to special policy cards (the ones that define your style of government) that offer opportunities at a cost, such as improving combat experience but driving up unit maintenance. It's also easier to earn a Golden Age when you're in a Dark Age, and should you manage to do so, you're rewarded with a Heroic Age.

In early-game, it's a lot easier to fall into a Dark Age if you can't expand your civilisation. Starting on a tiny island, as we once did with Japan on a historically-accurate map, essentially trapped us into a Dark Age, since Settlers can't traverse waters early on, and the lack of land meant our only city couldn't grow quickly enough. It's situations like these that make Civilization 6's insistence to not let land units board naval units seem more baffling than usual.

Even for players who prefer a more aggressive style of play, Ages can be very important. That's because Civilization 6: Rise and Fall has a new metric to measure the happiness of an individual city: Loyalty. It's affected by how close the city is to the capital city, and whether it was conquered and has an overwhelming foreign population. That means far-flung empires, which were useful in the Civilization 6 base game to have a bigger influence on the map, are now a riskier proposition. This makes sense; it's what led to the Roman Empire giving birth to the Byzantine Empire.

In Civilization 6: Rise and Fall, a city's Loyalty is also affected by neighbouring enemy cities, and an ongoing Dark Age. As Loyalty decreases, a city's effectiveness also decreases. And if the Loyalty of any city drops to zero, it declares independence and becomes a Free City, spawning advanced barbarian units to protect itself. If you start with six players on a small map, Loyalty won't even be a consideration for much of the early game. It's only when civs start to come close to each other, that the new variable comes into play.

But in late-game, Loyalty can mean the difference in choosing where to settle and where to attack. Stretch yourself too thin, and you'll have trouble keeping control of newly-built or newly-acquired settlements. Civilization 6: Rise and Fall does offer ways around this, thanks to another new inclusion: Governor. You can appoint seven different governors in the new expansion, whose primary influence is increased Loyalty. They also have their own three-tier promotion tree, including abilities such as faster land acquisition, better tax collection, and improved city defences. The benefits apply only to the assigned city, so figuring out where to establish governors becomes its own mini-game later.

For those looking to win cities via Loyalty, spies are useful in destabilising an enemy city in addition to exerting Loyalty from your cities. Apart from siphoning money or advanced tech, they can also unseat the resident Governor for a certain number of turns, which might help you push a city over the edge in terms of Loyalty, and make it a Free City. You can then assimilate them into your empire by showing what your culture has to offer, or take over militarily. And since free cities don't belong to an empire, there are no warmonger penalties attached to their conquest.

Peaceful expansion seems to be the big driver for Civilization 6: Rise and Fall, and the change to more specific Alliances is a further indication. If you're on good terms with an other civilisation, you can now choose from five different types of Alliances: Research, Military, Economic, Cultural, and Religious. To unlock most bonuses, you'll need to start trade routes with the civs in question, and if the alliance is successfully renewed over time, it will level up and unlock more powerful bonuses. You can only opt for one type of Alliance at a time, which turns into a strategic choice as you decide who best to ally with for scientific research as opposed to military support.

Rise and Fall also brings AI improvements, with the biggest impact being they don't make stupid military threats or manoeuvres like they used to. During the time we spent with the Civilization 6 expansion, enemy AIs tended to focus on their own growth, though that didn't stop some from useless goading. For over 300 turns, the new Dutch leader Wilhelmina kept annoying us saying she was displeased with our type of governance – i.e. oligarchy, fascism, communism, etc. – but she never did anything about it.

Other problems still remain, in that the AI is still quite dumb when it comes to dialogue. When AI civs approach you with an offer and you decline, they behave as if you were the one who initiated the deal and they are the uninterested party. Plus, the offers it comes up with can be ludicrous at times, such as giving temporary access to luxury resources in exchange for cultural artefacts. Who in the right mind would be okay with this? So while things have definitely improved in Rise and Fall, the enemy AIs still require a lot of work.

A new mechanic, Emergencies, is activated whenever one player is overly powerful compared to the rest. The game then offers rival civilisations a chance to band together and keep the runaway leader in check, offering bonuses to whomever comes out on top. It's meant to balance the game out, and keep things interesting in mid- and late-game scenario, but it feels a bit game-y if the leading player had achieved their success without militaristic means.

Rise and Fall continues Civilization 6's aim to deconstruct its complex structure, making it leaner and more approachable for a larger audience. The sheer number of variables to keep an eye on means the game still has a steep learning curve – they were so many things we found ourselves reminded of, having not played the base Civilization 6 game in a while – but the introduction of Ages serves to break it up into more manageable chunks, giving you more short-term objectives to focus on, and not be overwhelmed by the long-term nature of turn-based 4X games.

Gadgets 360 played a review copy of Sid Meier’s Civilization VI: Rise and Fall on the PC. The game is available for Windows, macOS, and Linux at Rs. 1,249 on Steam.