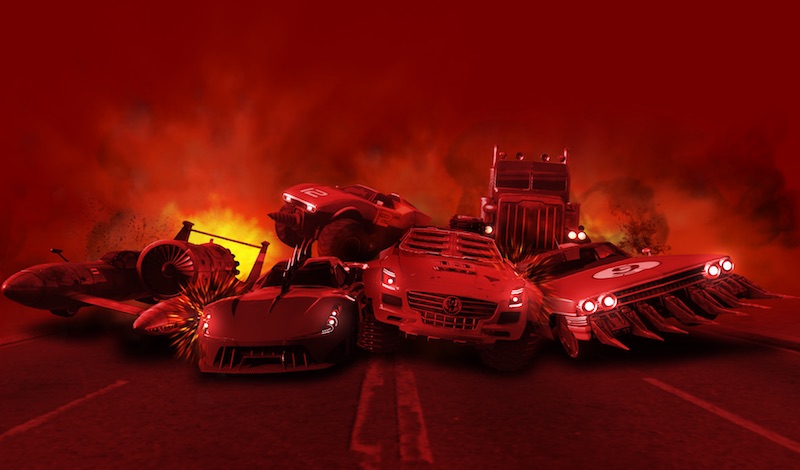 Carmageddon: Max Damage for the PS4 and Xbox One is an enhanced version of Carmageddon: Reincarnation, which released for PCs last year thanks to a mix of crowdfunding and independent investors. Reincarnation itself was a reboot of the Carmageddon series of games, known for ultra-violent car combat.

In Carmageddon: Max Damage you can race against a slew of opponents, wreak havoc on the civilian population that occupies a large part of the game world, or simply wreck your fellow racers. It was a tantalising prospect back in the day and it still is now. More so since its development is helmed by Stainless Games - creators of the original game.

While Carmageddon: Max Damage retains the bloody aesthetics and penchant for a high body count, we're still wondering how exactly it's enhanced.

Before you actually get to playing it you'll be spending a fair amount of time waiting. The loading screens are long, in fact they're a major point of frustration regardless of your choice of game mode. When you finally get into a game you'll be treated to presentation that looks distinctively stuck in the 90s what with over the top vehicle designs and garish tutorial screens, which is all fine if the visuals weren't stuck in the same era. 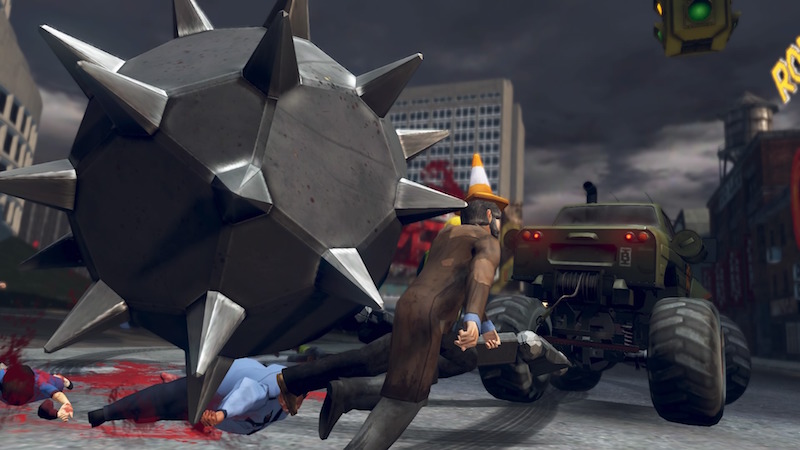 From city centres to industrial zones, to beach fronts, the environments of Carmageddon: Max Damage look rather drab. If you were expecting the spit and polish of modern racing games such as Forza or even Need for Speed - think again.

Aesthetic disappointments aren't just limited to looks either. Power-ups which allow you invulnerability, greater damage, or simply a giant mutant spike to be attached to your ride, are impossible to spot. They exist, but there are no cues, visual or otherwise, of their existence. So much so that you'll think you ran into a part of the scenery rather than consciously grabbing necessary boosts in a race to the death.

And it gets worse. Vehicles handle extremely poorly. For most part they felt like bumper cars on an icy surface, with the aforementioned surface greased to an almost slippery fine sheen. It doesn't help matters that the camera is finicky, making it a pain to lock into your targets. Plus, it doesn't take much to find yourself out of the fray. Be it a mere bump or being run down by enemy AI, your car kisses the pavement with alarming frequency. So much so that the biggest challenge of Carmageddon: Max Damage is keeping yourself on the road instead of racing on it.

As for the content itself, Carmageddon: Max Damage has a career mode that has you unlocking new areas you can explore in freestyle mode - which essentially is an open-world free for all. Apart from these two, there is multiplayer which lets you get a few friends along for the carnage. There are a bevy of event types. These include the usual races, crushing pedestrians, destroying other cars, checkpoint (wherein you have to capture specific locations on a map), and classic carma. The best of the bunch is classic carma and it is available from the outset. Here, you can win by either running down the stipulated number of pedestrians, wrecking your fellow racers, or simply finishing the required number of laps around the track first. 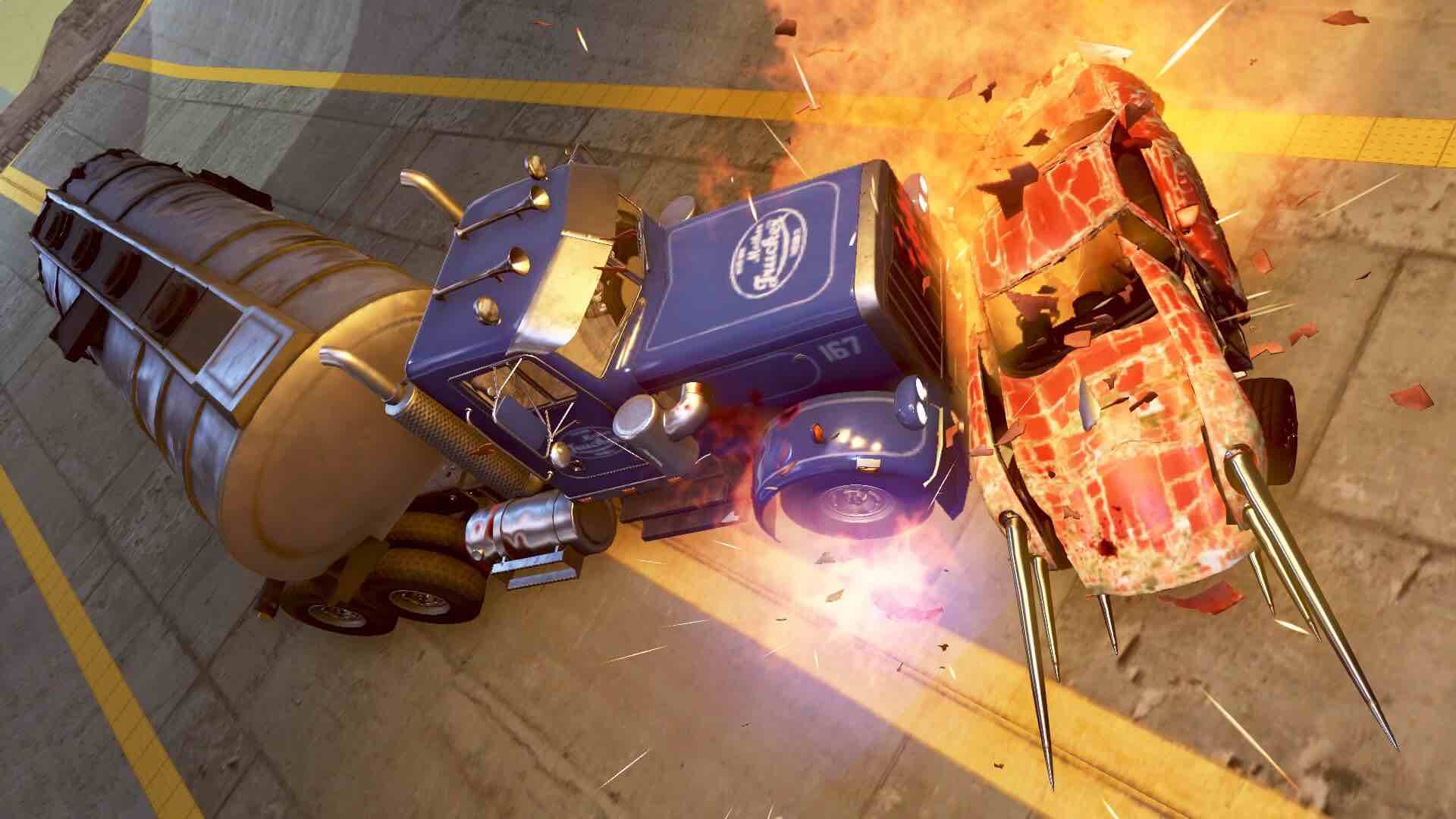 At Rs. 2,790, Carmageddon: Max Damage is one of the cheaper console games on the market, but that alone doesn't warrant a recommendation. The poor presentation, long load times, and clunky driving don't do it any favours either. This is one game you can safely avoid.

We played a review copy of Carmageddon: Max Damage on the Xbox One. The game is available on the PS4 and Xbox One at Rs. 2,790.

Digital Incubator for Students to Be Launched in Kerala
Intex Aqua Power 4G With VoLTE Support Launched at Rs. 6,399