While the PS3 and PS4 got the superb Persona 5, the PS Vita portable console was left wanting. That's odd considering the superlative Persona 4 Golden was exclusive to the handheld. In its stead, Persona publisher Atlus has brought The Caligula Effect to the PS Vita.

The game gets its name from the psychological term "Caligula effect", referring to the desire to see, and do, prohibited things. Developed by Japanese studio Aquria, The Caligula Effect is a role-playing game (RPG) set in a metaverse known as Mobius. People have been transported here due to their issues in the real world, and live out their lives in a high school setting. You realise this, and join the Go-Home Club — a group of rebels seeking to escape Mobius and its overlord, a virtual idol called μ [Mu].

If it sounds similar to the Persona franchise, that’s because its penned by Tadashi Satomi who wrote the first three Persona games. It is an familiar premise, but the concept still feels fresh. Without spoiling much, The Caligula Effect’s plot is a good reason to play the game despite having a lot in common with anime Angel Beats, and is a fraught exploration of the darkside of humanity. However, the game is hampered by some unfortunate design decisions.

The Caligula Effect includes a number of social links — characters that you interact with, and forge bonds with, in return for their assistance in battle. What’s annoying is that you can’t speak to anyone without befriending someone they already know. To help you approach this, there's a feature called the Causality Link that shows a web of characters and their relationships, along with their profiles, backstories, and identities in the human world. Very little of it is actually revealed in your conversations, be it in person, on WIRE (Mobius’ chat app that every resident uses), or through in-game actions, making the Causality Link your only source for these details. Another issue is that with over 500 characters to talk to, the game reduces most of these interactions to rote, repeated lines, which is a poor pay-off for a core gameplay mechanic. It’s in sharp contrast to Persona’s focussed social link system, offering you a whole lot less in terms of quantity, but much more in quality. People in your party have special interactions known as Character Episodes, which do a fair bit to flesh out their origins but this aside, there’s little else.

This is made worse because of the game’s emphasis on exploration. These are dungeons masked as shopping malls and libraries, which are huge sprawling locales. These don’t do the frame-rate any favours, and it gets worse due to the sheer amount of time needed to load an area. On top of that, the navigation and hints are cryptic at best, which means you’ll be scouring every inch of every section to find out where to go next. On more than one occasion you’ll find yourself going through a labyrinthine locale, flipping every switch you see to find the way forward, only to be told you’ve not approached the right place, and no more. All of this makes progression more painful than it should be.

Combat, on the other hand, is a mixed bag. It’s a turn-based affair with an incredible amount of depth. You can choose a variety of attacks such as ground and aerial to name a few, and chain together a host of them in each turn, for maximum damage. Despite the various choices on display though, we found ourselves spamming the same set of basic attacks on nearly all enemies. Barring boss encounters or those with numerous foes, very little thought is required to get by. In those latter instances, the frame rate is hampered tremendously with the game crawling the moment you are beset by multiple combatants and animations. 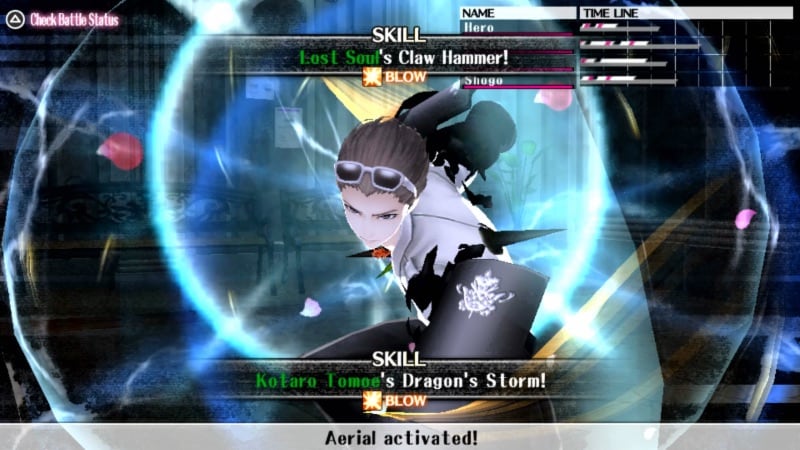 In addition to the plot, another silver lining is the music. It’s enjoyable even over the course of the 20-odd hours it’ll take to complete the game, replete with high energy tracks, and offers some respite from the concerns we’ve highlighted.

Overall, you could do far worse than The Caligula Effect, but you could do far better as well. Due to its myriad of issues both technical and otherwise - and despite the solid story and music - there’s little reason to check out this RPG until it's deeply discounted.

We played a review copy of The Caligula Effect on the PS Vita, the game is available for download only on the console for $40 in the US and Rs. 3,300 in India.