It’s rare to see a game from an Indian studio that isn’t based on Bollywood or cricket. After all, those themes have been safe commercial bets for many a developer in the country. That’s what makes Asura - Sanskrit word for demon - a welcome breath of fresh air. The game’s a roguelike, which is a sub-genre of role-playing games (RPGs) that emphasises combat in randomly generated levels, and where the death of your characters means you have to start from the very beginning.

Roguelikes have seen a resurgence with the likes of Spelunky, FTL: Faster Than Light, The Binding of Isaac, Darkest Dungeon, and Galak-Z experiencing varying amounts of success. Developed by all of two people, how does Asura - which is available for PC via Steam and GOG - stack up? Let’s find out.

Before getting into the game itself we were treated by a rather lengthy opening cinematic consisting of art panels that explains how your character — a demon - came to be. It’s expertly voiced in Hindi (backed up by the requisite subtitles) and does a great job in adding a sense of atmosphere to the proceedings as well as setting you up for what to expect.

With the action taking place from an isometric view, much like Diablo, you’ll wreck five different dungeons and their bosses to square off against the King of the Daeva Empire who was responsible for turning you into a demon to begin with.

All the usual RPG mechanics and systems are present and accounted for. Dodging and attacking consumes stamina, you can’t cast spells ad infinitum — as there’s a cool down period for them - and different enemies have different weaknesses.

Along the way you’ll die. In fact, you’ll die quite often. Much like Dark Souls, Asura isn’t forgiving. It’s tough, but it’s fair. Death ensures you start from the very beginning. Through a seemingly endless number of rebirths you’ll learn to keep track of your stamina before landing a hit; time your magic spells for maximum damage; and switch between melee and ranged weaponry depending on the foes around you. 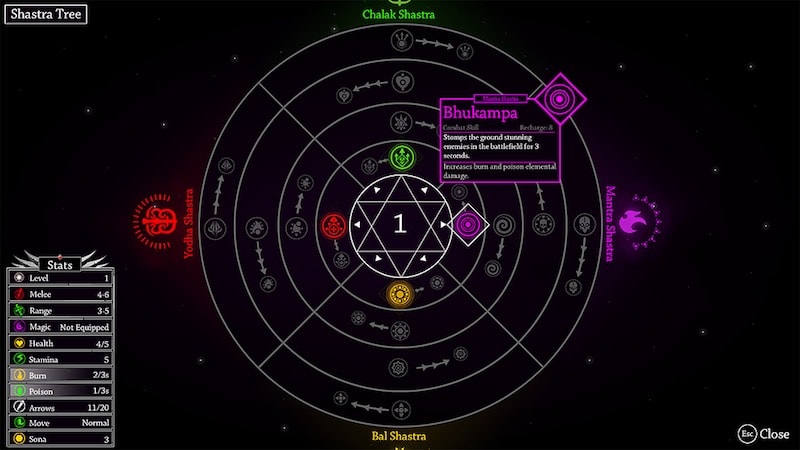 From dodging incoming attacks to bludgeoning foes with a giant hammer, the moment to moment gameplay of Asura is satisfying. As you progress, you’ll come across a host of loot. Be it iron swords or javelins, there’s a lot of it to go around that allow you to customise your playthrough as you see fit. Like most RPGs, killing enemies nets you experience points allowing you to gain more power. These points can be used to purchase skills from a skill tree.

Much like The Binding of Isaac, each time you play Asura, you have access to a different set of abilities. In turn, this modifies gameplay tremendously. We found the first few bosses a pain to encounter as the skills available to use mainly allowed for a boost in health or stamina. As we kept playing, this changed to the point where we could summon orbs of lightning, which made all sorts of enemies a cakewalk — until of course we found ourselves abusing this gift and overused it to the point where we were flanked by a ton of foes, which resulted in a brutal death and the all too familiar game over screen.

Nonetheless, we kept coming back for more thanks to the polished combat and sheer amount of gear to uncover. We found a welcome surprise in Asura's character design, particularly in terms of the opposition. You’ll find yourself up against anthropomorphic spell-casters, giants, and warriors that wouldn’t be out of place in the Mahabharata. Furthermore, you can opt to harvest the corpses of these enemies to gain more loot or experience points, adding another layer of strategy to the gameplay. The sense of variety is evident, and this kept the game fresh even if some environments are all too common across levels, and the UI as well as fonts seem rudimentary at best. 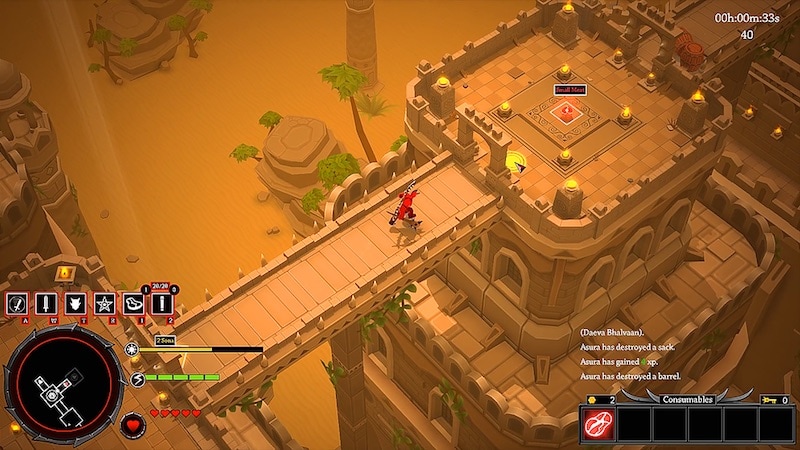 However the area where Asura lacks the most is in its lore or rather the consistency of its presentation. After an enthralling intro we wished there was more to it. Instead we were met with loading screens filled with paragraphs that explained the dungeon ahead instead of filling us in on the game world. Even your interactions with bosses or the items you find don’t add much in terms of immersion or world-building.

Granted this could be down to the fact it’s a game developed by small studio, but we can’t help but feel its a missed opportunity to transform a tale of revenge into something a lot grander. But at just Rs. 249 - $9.99 in the US - we can’t complain too much. It’s a budget release versus some of the bigger titles in the genre that start at almost double the price.

All in all, Asura is a promising debut from Hyderabad-based Ogre Head Studio. Stellar combat and a generous amount of variety make this worth checking out even if you have a passing interest in the genre.

We played a review copy of Asura on Windows PC. The game is available for Windows, macOS, SteamOS+Linux at Rs. 249 ($9.99 in the US) via Steam, GOG, and Humble Bundle