Apex Legends Review: Should You Play This Instead of PUBG or Fortnite?

While the battle royale genre is synonymous with PUBG and Fortnite, FIFA and Battlefield creator EA hopes to make dent in the space with Apex Legends. Developed by Respawn Entertainment whose previous credits include the excellent Titanfall series, Apex Legends is set in the same universe. It features an assortment of characters, an emphasis on teamwork, and a sci-fi setting that, while familiar to fans of Titanfall, is more cartoonish than its source material. Apex Legends' release is no surprise when you consider the immense success of battle royale games like PUBG, Fortnite, and even Call of Duty: Black Ops 4's Blackout mode. How does Apex Legends fare? We tell you.

Apex Legends is set 30 years after the events of Titanfall 2 and has warriors — or legends, as the game calls them — partaking in a futuristic take on battle royale. You'll skydive onto a sprawling map and scavenge for guns and gear all while trying to stay alive, fending off other players. The game map shrinks every few minutes, forcing you to relocate to a new area, and damaging you until you do. Failing to enter a new safe zone results in death.

While the basic gameplay loop is not too dissimilar to Fortnite and PUBG, where Apex Legends differs is with its characters. There are eight different ones to choose from each with their own unique abilities. These include Mirage, who can use decoys to distract enemies and Pathfinder, who can set up ziplines to cover huge distances. Their skills aren't exactly meant to turn the tide of battle like they are in hero shooters like Overwatch. Rather, they augment your shooting prowess to make kills a bit easier. Respawn does little to keep you invested in them as they're not exactly brimming with personality. None of them really stand out and you'll end up making your choice to complement your squad rather than any personal preferences. 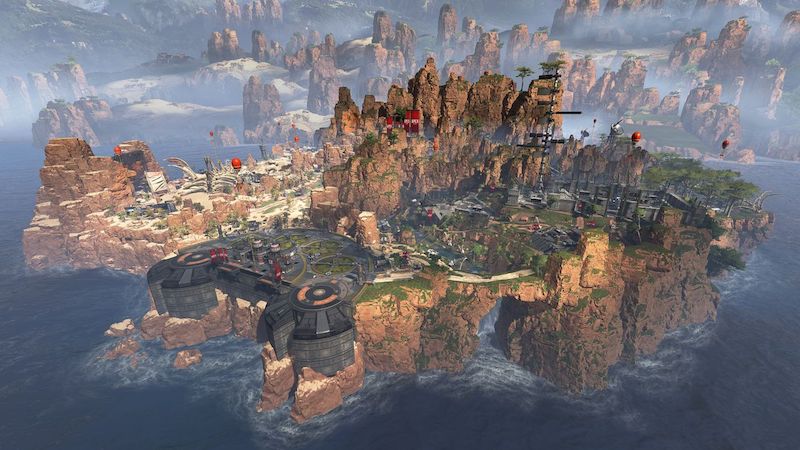 Speaking of teamwork, Apex Legends differs from other battle royale games due to the absence of a solo mode. Instead, you'll be paired up with two other players to make a team of three and matches have 20 teams for a total of 60 players. This makes coordination essential. To this end, Respawn has implemented what's referred to as a Ping System. Simply tapping the right bumper on your controller lets you call out items in the environment such as armour and weapons or even enemies all without having to resort to using a mic. It's a welcome addition that makes survival easier and we won't be surprised to see other games copy it in the months to come.

As for the moment to moment gameplay, Apex Legends feels slow for a game developed by Respawn; Titanfall and Titanfall 2 felt blisteringly fast in comparison. Plus, it lacks some niceties Titanfall fans have come to expect like double jumping and wall running. Perhaps the biggest omission, despite being set in the Titanfall universe, is the lack of titans — giant robots you could summon onto the battlefield.

Granted the developer has explained why titans aren't in Apex Legends, citing that they would ruin the game's balance, but these omissions make Apex Legends' gameplay feel generic with little to differentiate from other titles.

That said, using Apex Legends' limited assortment of weapons is satisfying. Shotguns feel punchy while holdovers from Titanfall and Titanfall 2 like the Hemlock Assault Rifle are a treat to use as well. Though the biggest improvement over other battle royale games is how Apex Legends is hellbent on keeping you in-game rather than dealing with the tedium of managing what you find on the map. You can equip gear without having to rummage through your inventory and have quick access to healing items. You never feel over encumbered or bogged down by menus especially towards the middle or end of a match when you've stocked up a ton of items, allowing you to focus on winning instead. 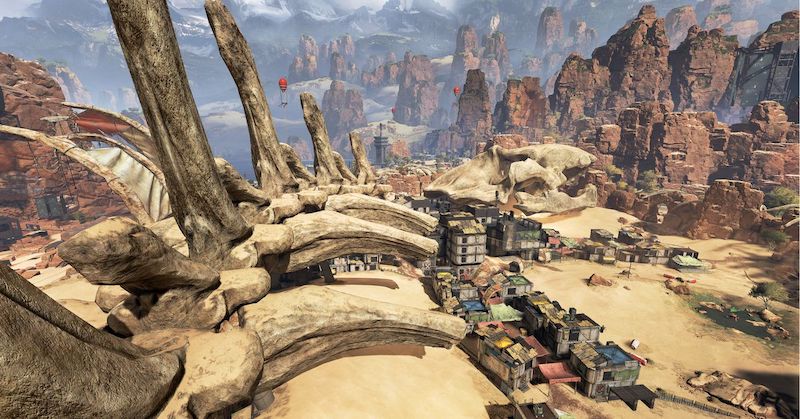 Where Apex Legends falters though is its map. Although it has variety with markets, airbases, and ghost towns, each locale feels uninspired, like they've been ripped out from Titanfall wholesale and pieced together on one giant battle royale map. It doesn't have the variety we've seen in Fortnite or Call of Duty: Black Ops 4 Blackout, and is just the one map versus PUBG's four.

And like Fortnite, Apex Legends is free to play and lets players buy a slew of cosmetic items through loot boxes or a yet to be released battle pass. You can buy two of the game's characters or unlock them as you keep playing. It's surprisingly fair when you consider how poorly executed monetisation was in another EA title, Star Wars Battlefront 2.

All in all, Apex Legends has some interesting innovations like the Ping System while its weapons are fun to use. However, its lacklustre characters and dull traversal prevent it from being a must play title in the genre.

Gadgets 360 played Apex Legends on the PS4 Pro and Xbox One X. The game is out now as a free to play title on PS4, Xbox One, and Windows PC.

Apex Legends Review: Should You Play This Instead of PUBG or Fortnite?
Comment