When you think of city-building, SimCity comes to mind. But while it's not as high profile, the Anno series has also been doing just that since the late 90s. The latest entry in the series, Anno 2205, has a lot in common with its predecessor, Anno 2070. It shares the same forward looking sci-fi trappings as Anno 2070, while previous games were based on historical settings.

Despite the almost 200 year gap between the setting of both games, Anno 2205 appears similar to its predecessor. This isn't much of a problem since it looks futuristic, shiny and pleasant on the eyes. From buildings that wouldn't look out of place in Star Wars to flying cars, there's a lot to wonder over. It's a game that's steeped in detail, making it fun to watch.

Playing Anno 2205 though is an entirely different thing. Like most city builders you'll go through the motions of constructing apartments for your workers, harvesting resources, turning them into products and fulfilling the needs of a burgeoning populace. It's all pretty much par for the course. Except there are some additions to the formula. 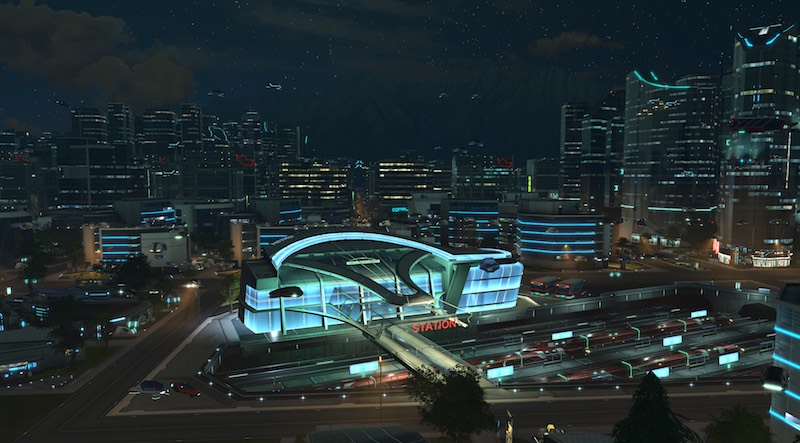 That's because this time around you'll not be managing just a single city, but rather, a host of them. Each one has its own unique conditions, and in order to succeed in Anno 2205 they need to work together.

In our playthrough, one our cities was constructed in a temperate area. It's a great location to show off skyscrapers and intricate worker commuter patterns but in order to progress we needed specific alloy types. This deficiency forced us to look up our settlement in the icy Arctic. A quick few taps enabled us to send the needed materials to our urban environs in a cinch. Moments like this are aplenty in Anno 2205.

Before we knew it we were juggling resources between three locales, each with a different climate and their own strengths and weaknesses. While that might sound like a micromanager's dream, its implementation leaves a lot to be desired. This is because each time you need to switch between cities, you have to go to the game's main map, choose the area you wish to directly govern, wait for it to load, and then click on it and finally enter. It feels cumbersome and unwieldy when you're setting up structures in one region that's useful for another as well as constructing trade routes. The game clearly wants you to hop between cities, but it doesn't make this easy. 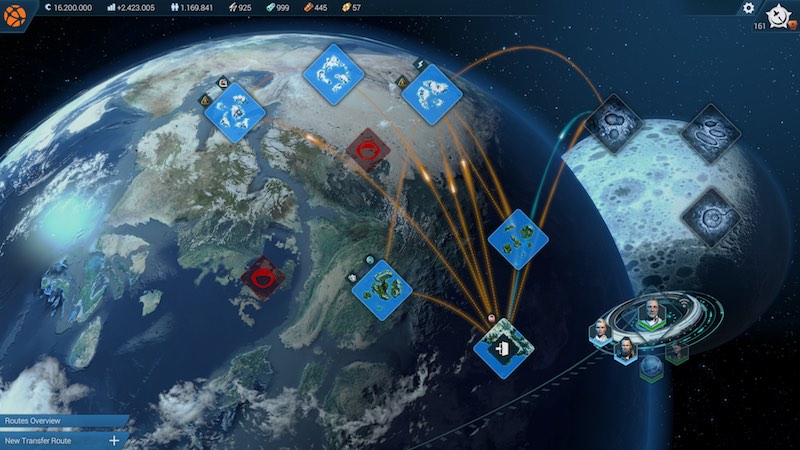 It follows a logical flow in terms of menus and choices but we can't help but feel that snappier, more immediate access would help in not breaking immersion.

From time to time the game also throws a bit of combat at you in the form of real-time strategy sequences. In these, you'll do things like ordering a fleet of ships across the sea to wipe out enemies. These sections however feel out of place with the rest of Anno 2205. Thankfully they're completely optional.

One of the cooler parts widely marketed in the run up to Anno 2205's release is the ability to build colonies on the moon. Sadly this was locked out of the preview. 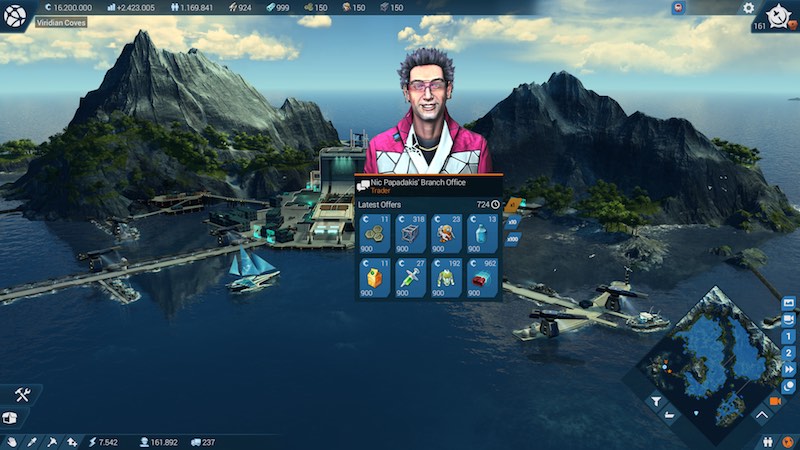 While most of Anno 2205 felt quite similar to other city-building games, leveraging unique strengths of one city to prop up others thanks to different climatic conditions is a solid concept that could lend itself to some interesting situations. The last SimCity attempted something similar only to be weighed down by its lack of scale and scope. Could developer Ubisoft Blue Byte Mainz improve on where SimCity's Maxis failed? We'll find out when Anno 2205 hits on November 3 this year.

The game isn't free of issues but it definitely has some bright spots. We would suggest waiting for the final review, instead of rushing out to pre-order the game now, but we're cautiously optimistic about Anno 2205.