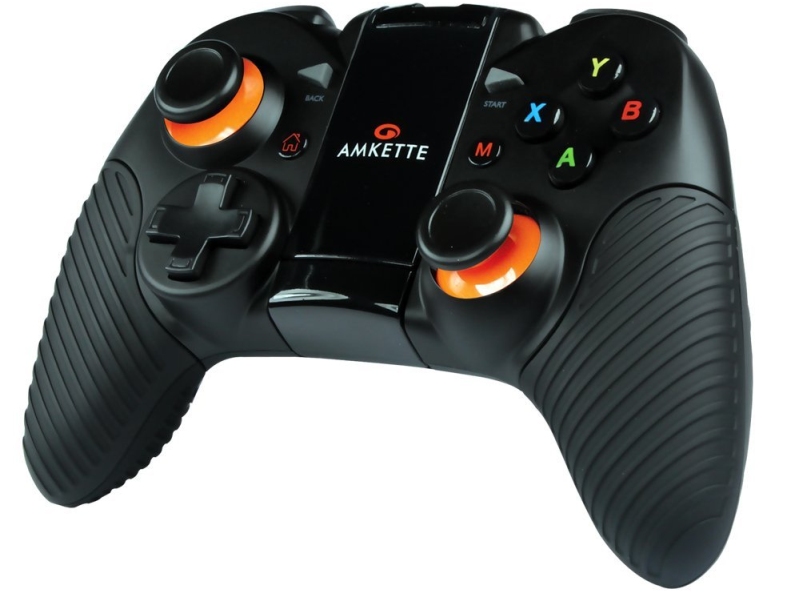 Delhi-based Amkette has a number of Android-focussed devices, such as the Evo TV which is an Android set-top box; it's also launched the Evo TV MC, which is cheaper and puts the focus mostly on media playback. In August, the company also launched the Evo Gamepad Pro, a controller for Android devices that can be used for gaming, or to navigate an Android set top box interface.

Now, just a little over six months later, Amkette has released the Evo Gamepad Pro 2, available online at Rs. 2,599. Gadgets 360 spent nearly a week with the gamepad, playing various games using it, and found that it was a fairly capable gamepad that's cheaper than similar gamepads from other established brands such as Mad Catz or Steelseries.

Since it's only been six months between the two gamepads, it's not surprising that the controller hasn't changed much. The one big change - pun intended - is to the size of the controller. The first version of the gamepad had a smaller clip to hold your phone in place. The new gamepad has a 6-inch clip, to make room for all the phablets that people are using now. Aside from that, there are a few other tweaks to the design as well, but nothing major.

When we reviewed the first Evo Gamepad Pro, we had faced some compatibility issues that left a handful of popular games unplayable. This later proved to be an issue with the firmware of the device that Amkette had given us, and the problem was not replicated on a second controller the company sent to us. Still, we were a little concerned about that aspect of things, and were happy to see that no such issues made an appearance this time around.

In terms of design, not much has changed apart from the slightly larger clip. The base inspiration still remains the Xbox 360 controller, and as templates go, that's a good one to follow. The grip is comfortable, the triggers responsive, and the analogue sticks well placed and easy to use. The trigger button feels a little plasticky compared to the rest of the design - it feels like a cheap toy, while the rest of the rubberised body feels much more durable.

When you lift up the clip, you can see the LEDs, that tell you the battery level, and whether the controller is in gaming mode or mouse mode - the latter is useful if you're navigating through an Android TV interface, or if you're mirroring your phone's screen and want to navigate easily. There are back and start buttons on the top face, along with home and M (for mouse mode) buttons on both sides of the clip; under the clip, you'll see a volume down, play/ pause, and volume up button.

The build quality is - as mentioned above - pretty good. Apart from the triggers, the rest of the gamepad feels good. The D-pad could have been tweaked a little to separate the arrows - as it stands, much like the Xbox 360, this pad also gets a wobbly. The Amkette Evo Gamepad Pro 2 claims a battery life of 12 hours on a full charge. Actually gaming over the course of a week, including a couple of extended sessions on the weekend showed that this is a pretty fair estimate; we had to charge it again after approximately 10 hours of play.

Setting up the gamepad is simple enough - charge it up and switch it on, and then hold the home button on the gamepad down until the last two LEDs start blinking. Then, you can pair it either using the free companion app, or via the usual Bluetooth settings.

The companion app is free but you have to use a code included in the box that your gamepad shipped in to activate it. The app is useful for finding games that support the controller, and launching these games but you can also install them yourself and launch them normally. Since Android gamepads have become fairly standardised by now, this isn't really a big deal but the app can be useful for people who aren't very tech-savvy. 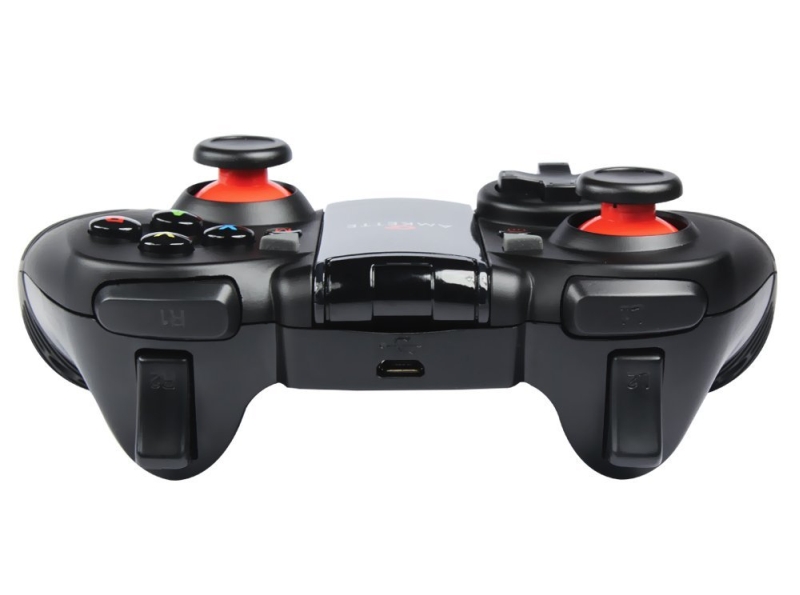 Actually playing using the Amkette Evo Gamepad Pro 2 works pretty well - it feels comfortable to hold, not too heavy and not too small, and the face buttons are fairly solid too - but that's not very different from the older Evo Gamepad Pro either. There were no unexpected problems or pairing issues, and it worked reliably. On the other hand, the controller is too big to slip into your pockets and even in a bag, it isn't something you're always going to keep with you.

Our favourite accessories are the ones that are small enough that they're always going to be with you, which is why we loved the Phonejoy Gamepad 2, which will fit in your trouser pocket, and the Homido Mini VR. The Evo Gamepad Pro 2 is really nice, but it ended up being something we usually only used at home, since it was rarely with us on the go.

If you've already bought the original Evo Gamepad Pro, then you shouldn't buy the new gamepad - there are some changes but it's not enough to justify buying an entirely new controller. If you're contemplating getting and Android controller though - and that's a pretty good idea as more console games make a home on mobile - then you should definitely consider the Evo Gamepad Pro 2.

Philips SHE1360/97 Review
Hitman Beta: 9 Things You Need to Know