The Fifa games have always been popular in India, but over the years, the series has gone through some ups and downs. The previous game, FIFA 14, actually released in 2013, and was relatively successful. New features like precision movement and improved physics and ball handling kept fans involved, while the game remained fun and easy to get into. Six months down the line, not too much has changed, and 2014 FIFA World Cup Brazil seems more like a formality.

That's a fact that's echoed by releasing the game only on the PlayStation 3 and the Xbox 360. Both systems are still pretty impressive, but today, most high profile games are being released with the new generation of consoles in mind. We played the game on an Xbox 360, and while the game is enjoyable on its own terms, there's not much to separate it from the last entry in the series. 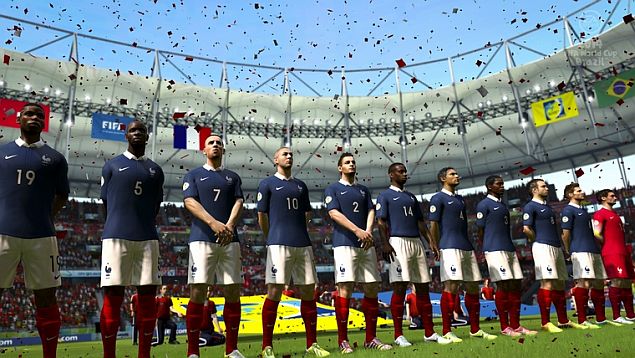 Some common complaints, which were there in FIFA 14, remain - in making the game more realistic, it's also become slower moving and your controls don't give your players arcade-like magical turning abilities anymore. Instead, the game is now more calculated, which is going to appeal to some and put off others. If you're not fanatical about football, you might fall into the latter category.

The endless treadmill
Most gamers are familiar with the annual refresh, where you get essentially the same game, but repackaged with slightly better visuals, slightly different tools, released year after year to a devoted fan following. This problem is even more apparent when you look at sports games - for obvious reasons, the rules can't be changed, physics has to be realistic so you can't make things bigger and better by adding vehicles or a level on a moon base. With these constraints in mind, sports games are often an endless treadmill where each version is only fractionally different from the one that preceded it.

That has never been more apparent than with 2014 FIFA World Cup Brazil (we will henceforth be referring to the game as FIFA Brazil), which follows so closely on the heels of FIFA 14. That's not to say that FIFA Brazil is a bad game - far from it. But while each successive Call of Duty gets an exciting new backdrop and weapons, FIFA Brazil has to content itself with the pageantry of the World Cup. 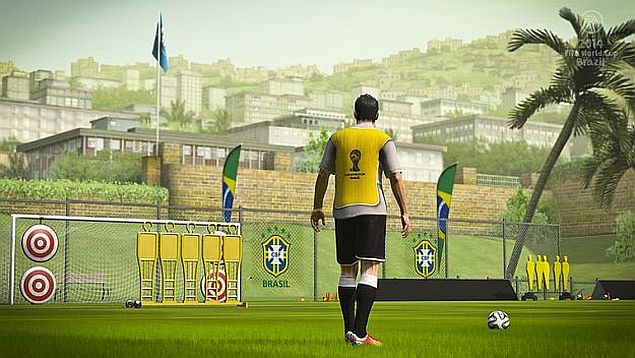 In all fairness, FIFA Brazil does this well. Crowd reactions are great, and the stadiums and camera tricks that pepper the delivery really do make it feel like you're watching a real broadcast of a football match. And of course, the game does its best to shower you with authentic details, such as 20 new stadiums, 203 teams, with anthems and home country cheering going crazy.

Strong fundamentals
InFIFA 14, there are all the modes you've come to expect, such as captain your country on road to the world cup, which lets you play the lead up to the actual World Cup, and you'll be able to replay actual matches, to rewrite history on your console at least.

But how does the game play? As we said, FIFA Brazil itself handles pretty much like its predecessor. The running and dribbling can feel a little slower than older versions of the game, and you're encouraged to play more tactically. 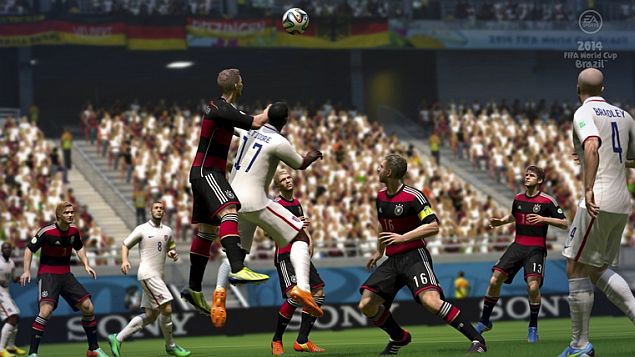 You have more control over the ball, and more freedom to dribble, while the new shoot controls can - with some practice - give you a lot more accuracy. What this means is that you can play FIFA Brazil a little more aggressively, and passes are wonderfully precise, which means that the games have plenty of action.

Verdict
If you're a complete football addict, who bought the game last year and is thinking about buying it again, then you're probably going to buy it despite the fact that the game hasn't really changed, beyond surface trappings. Otherwise, if you bought FIFA 14 already, and are on the fence about this game, skip it.

If you've last played Fifa a couple of years ago, and enjoy the genre though, then FIFA 2014 World Cup Brazil is a pretty good game, with excellent presentation and enjoyable gameplay.