At the Playstation meeting that took place in New York City on Wednesday, Sony officially unveiled the PS4 Slim and the PS4 Pro, which had been the subject of numerous leaks as the PS4 Neo. A lot of the announcements we already knew about, such as a focus on VR, 4K, and a slew of third-party games. What took us by surprise was how soon the PS4 Pro would be out and that the specifications were unchanged from a leak earlier in the year.

However, all the hardware in the world won’t fix Sony’s biggest problem with the PS4 line right now: a distinct lack of exclusives. The original PlayStation had the likes of Wipeout, Gran Turismo, and Crash Bandicoot to make it a success. The PS2 had Jak and Daxter, Ratchet and Clank, and God of War. Even the notoriously hard to code for PS3 launched with Resistance: Fall of Man, Uncharted: Drake’s Fortune, and LittleBigPlanet. In fact, going into the PS3 era, the PS2 was synonymous with two third-party franchises that were at the time, exclusive to it - Metal Gear Solid and Final Fantasy.

Suffice to say, the first three Sony consoles had enough going for them to justify a purchase right from launch. With the PS4 and subsequently the PS4 Pro, things aren’t as consistent. Sure, it has some of the better third-party deals such as its agreement with Activision, allowing for exclusive content for the likes of Call of Duty and Destiny, but there’s little else. Barring the horrendous The Order 1886, and Dark Souls-inspired Bloodborne developed by From Software, we haven’t seen any strong new IP on the PS4, while existing franchises have been delayed repeatedly.

While it’s understandable for Sony to halt development of games on the PS Vita - what with it being clinically dead, it’s not as if its first-party efforts on the PS4 have been any good either. Yes, we’ve got Uncharted 4, have a new Gran Turismo, and God of War in development, but aside from these, there’s very little. Unless of course, you count the likes of No Man’s Sky - which from all accounts, isn’t particularly good or fun or even truly exclusive, since it’s out on the PC as well, despite Sony marketing it like it was for the PS4 only.

This glaring lack of exclusives becomes made more apparent when you compare it to the competition. The Xbox One has seen Sunset Overdrive, D4, Halo 5, and Quantum Break, while others including Sea of Thieves, Gears of War 4, and Scalebound are on the horizon. The Wii U got Bayonetta 2, Wonderful 101, Super Mario 3D World, and Super Smash Bros. Brawl to name a few. 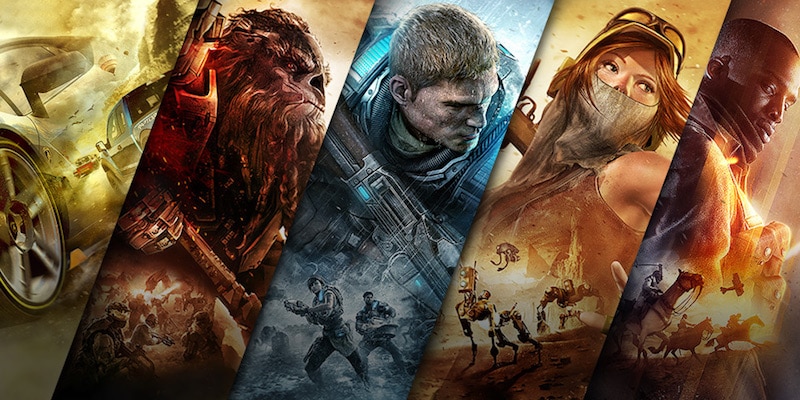 While it's great to see the likes of Gravity Rush 2, and The Last Guardian hitting the console, they aren’t the sort of games to sell people the idea to buy a PS4 or a PS4 Pro. If Sony has only been able to muster two top tier exclusives in the three year existence of the PS4, what makes you think the PS4 Pro will be any different? Game development is expensive. But if the competition is able to muster some memorable games, why not Sony?

Until now, competitive pricing and effective distribution have kept Sony in the game as third-party titles that are available on all platforms have gained importance. But PCs are getting better, and PC games have long been much cheaper.

(Also see: The Best Value for Money Gaming PC You Can Build in India)

The recent price hike for PS Plus, coupled with the gaping void that is Sony’s first-party line-up could easily make one think that the PS4’s success has gone to Sony’s head. And while it is unlikely for a company executive to say you’ll need to work two jobs to buy the PS4 Pro, it's still not looking like the best deal. Games make the console, not the spec sheet alone. With Sony concentrating solely on the latter, there’s little reason to bother with the PS4 Pro for now.