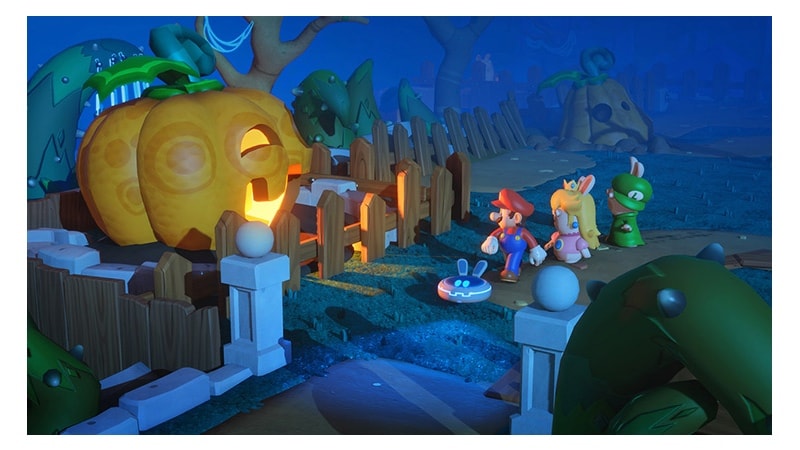 When I played Mario Kart 8 Deluxe, I realised that playing the game with a friend in the same room was much more fun than playing online multiplayer. When you win. you get to celebrate and when you lose, you can easily blame the controller, or complain about how the game is broken, and have a good laugh while you’re whining. That is why I always tell everyone to buy Mario Kart 8 Deluxe and an extra controller, with the Nintendo Switch, because the Joy-Con controller feels unwieldy and has tiny buttons).

Sitting in the same room and enjoying the same game isn’t a new concept by any means, but it’s what makes gaming a lot of fun. With Mario + Rabbids Kingdom Battle, it appears that Nintendo and Ubisoft may just have created a fun co-op game that everyone can enjoy. To top it off, this game will be officially available in India - a rarity for most things Nintendo.

From what we know about Mario + Rabbids Kingdom Battle so far, it is clear that the game’s combat mechanics rely heavily on multiple characters collaborating to clear levels. It is a turn-based tactical RPG, which means that you will need to think about every move you make. The game also has a co-op mode that supports every Nintendo Switch controller, which is great to see.

How Mario + Rabbids Kingdom Battle Was Made for Nintendo Switch

A video from Ubisoft gave us an in-depth look into the co-op mode and it looks fantastic. Here, the two developers show a mission where you’re supposed to escort Toad and Toadette to certain points on the map. Multiple waves of enemies are on the way and you need to deal with them to achieve the objective.

It’s easy to see that the co-op mode will require a lot of planning and talking to the person sitting next to you. This starts with the choice of characters — Princess Peach’s team jump move has a healing power that helps the other characters gain health and allows her to even unleash an attack after that. You can’t just choose your favourite tank of a character and expect to win the game — you’ll need good healing characters and support cast to get the job done while working together.

Another important element of the game is the choice of primary and secondary weapons. For a rescue mission, you are going to need weapons that don’t result in friendly fire since you don’t want to hurt the characters you’re escorting.

All of this looks great because not only will it require every person to plan their moves during the game, it’ll also ensure that the cooperation starts even before the game begins. You’ll ideally want to choose the right combination of weapons and see if you can pick characters that complement each other. Some characters have sentries, which can go and attack enemies while you are safe behind cover. You need to account for these factors too while you’re playing.

This means that the game rewards you for playing in other modes with all available characters, each of which has its own skill tree. If you unlock a lot of skills for more characters, that could end up having a positive impact on your co-op experience. Not only will you be able to guide new players better, but you’ll also find yourself relying more on their tactical skills to help clear levels. Ubisoft has already confirmed that the AI is not going to be a pushover and every good turn-based strategy game should make you think before you leap.

Even after you finish your move, you need to look out for special moves of your enemies. Some foes will charge at you the moment you attack them and you need to pick characters who can counter that or sentries who can spray them with honey to stop them in their tracks.

However there are several challenges that both Nintendo and Ubisoft face. Balance is vital to any strategy game and while the developers insist that they’ve balanced all characters, we’re bound to see players finding exploits. Even the best strategy games in this genre have had characters being nerfed - where certain stats are reduced to prevent people from exploiting loopholes. Ubisoft will have to actively patch the game to ensure that no character gains an upper hand over the others. If they’re successful with this game, perhaps it could spur other big strategy games into building a co-op mode.

A robust co-op mode in series such as XCOM and Shadowrun could’ve pushed more people to play those games and one can only hope that co-op games gain more popularity. Already we know about one big co-op game that’s scheduled for next year — A Way Out — and hopefully more developers bring their games to Switch with a co-op mode. It could also lead to more ports with for the Nintendo Switch, with Rocket League already being a good example of this.

A lot of thought has gone into making Mario + Rabbids Kingdom Battle and the co-op mode in particular could end up prompting people to buy it. If the presence of Mario alone isn’t enough to make people buy this, then surely the presence of a solid co-op mode that brings the entire family or a group of friends together is bound to do so.

Mario + Rabbids Kingdom Battle releases on August 29 for the Nintendo Switch, and will cost Rs. 3,499 in India, and $60 in the US.