FIFA 19’s The Journey Is the Most Confident Entry Yet

In our detailed assessment of FIFA 18's story-based mode The Journey: Hunter Returns, one of the additions we hoped for was multiple character choices. Having teased that possibility last year with a couple of odd games, FIFA 19 went all out this year, letting football fans choose from a total of three protagonists at any given time: the original star Alex Hunter, his half-sister Kim Hunter introduced in FIFA 18, and his best friend Danny Williams who's been hanging around from the start. And because EA Sports had decided that this would be the third and final chapter of their respective stories, despite all three still being teenagers, it's meant to serve as their swan-song of sorts. That's why it's called The Journey: Champions.

It can also be seen as a bit of clever marketing, what with FIFA 19 having nabbed the UEFA Champions League license this year, which is most likely why it serves as the ultimate goal for the two boys — a somewhat expected one for Alex given he's now at 13-time-winners Real Madrid, and a much more unrealistic one for Danny who's at any of 20 Premier League clubs — this time around. But the subtitle also has meaning for Kim, who has the chance to become a world champion with the United States at the 2019 FIFA Women's World Cup in France. Owing to the last bit, it tells a time-shifted story that follows Alex and Danny in parallel at their respective clubs across the 2018-19 season, while Kim's journey is mostly out of sync, even as it criss-crosses the other two at times.

Because it's tracking three separate characters, The Journey: Champions is easily the longest story mode since its introduction in FIFA 17, despite effectively getting rid of domestic league competition. EA was forced to get rid of an unknown number of cutscenes after Cristiano Ronaldo — who is also FIFA 19's cover star — announced in July he was moving from Real Madrid to Juventus. Ronaldo was supposed to feature alongside Hunter in FIFA 19 but all that had to be thrown out, of course. It's not obvious how many scenes there were, but Alex's story does feel like a 500-piece puzzle missing a few pieces.

And clearly, it was too last minute in FIFA 19's development cycle for EA Sports to adapt, because even though Hunter's Madrid come up against Ronaldo's Juventus in The Journey: Champions, there's no on-pitch interaction between the two unlike with other characters. Neymar — a joint cover-star with Ronaldo on FIFA 19's special edition — hangs out with Alex at his house once and says hello to Danny when they meet in the Champions League. FIFA 19 also introduces two new fictional rivals: Danny's older brother Terry Williams, who's a central defender at PSG, and a Canadian midfielder named Melanie Trombley up against Kim.

Better writing, with some gaps

Of the two, the Williams family rivalry is easily the more relatable and it's the one FIFA 19 invests more time in, informing us how Terry has always had the upper hand from their childhood battles at the local ground to becoming a Champions League winner with one of Europe's biggest clubs. Danny's perennial underdog status despite his outward self-aggrandising nature makes him easy to root for, more so due to good writing which explores his deep-rooted nervousness and anxiety issues in a nuanced fashion, which lets you feel what he's going through.

One of the best showcases for the improved writing in FIFA 19 is the unabashed tackling of the sexism and the double standard prevalent in coverage of women's football. In her first interview, Kim is asked what she thinks about the new “outfits” and how Alex is settling in at Madrid, and she grows visibly uncomfortable having to field questions that have nothing to do with the sport or her. After trying to be polite for a while, she eventually storms off. Later, in a post-match interview after her World Cup debut as a 17-year-old, when Kim is asked about Alex again, FIFA 19 gives you the option to go with a brash response that states: “Would you ask Antoine Griezmann that question?”

Funnily enough, it's Alex's storyline that sees no visible improvement — and possibly even regresses in quality — though The Journey started off as being about Hunter. FIFA 19 wants to comment on how stardom can affect young players, with a new powerful super-agent helping construct Hunter's “brand”, which consumes all his time off-pitch and affects his relationships and focus. His mother and sister aren't pleased at all, as they feel he's ignoring family for fame and money, while the Madrid coach pulls him out of the starting line-up midway through the Champions League knockout stages over similar concerns. It's easily the most boring of the lot and it also connects into a recurring problem of The Journey since the beginning in FIFA 17: scripted events.

Though EA allows players to define a character's personality across a spectrum — from “fiery” to “cool” for Alex, and from “brash” to “nerdy” for Kim — your decisions don't really matter when it comes to predestined situations. Just as the Madrid star losing his first-XI spot is out of your control, a similar thing happens with the American youngster. During training prior to a group-stage World Cup match, the coach tells Kim that she's not part of the manager's plans for the upcoming game, and Kim's reaction is neither your choice nor reflective of your personality. FIFA 19 does this to place you in a pickle: the team naturally loses in a predetermined result, and Kim is restored to her starting position for the final crunch group game. And there, it's all made worse with the AI artificially boosted to an insane level, just to make it really tough for you to get the three points you desperately need. We ended up playing at least twice as the full team, in a mode designed to be played as one individual, before we came away with a win. 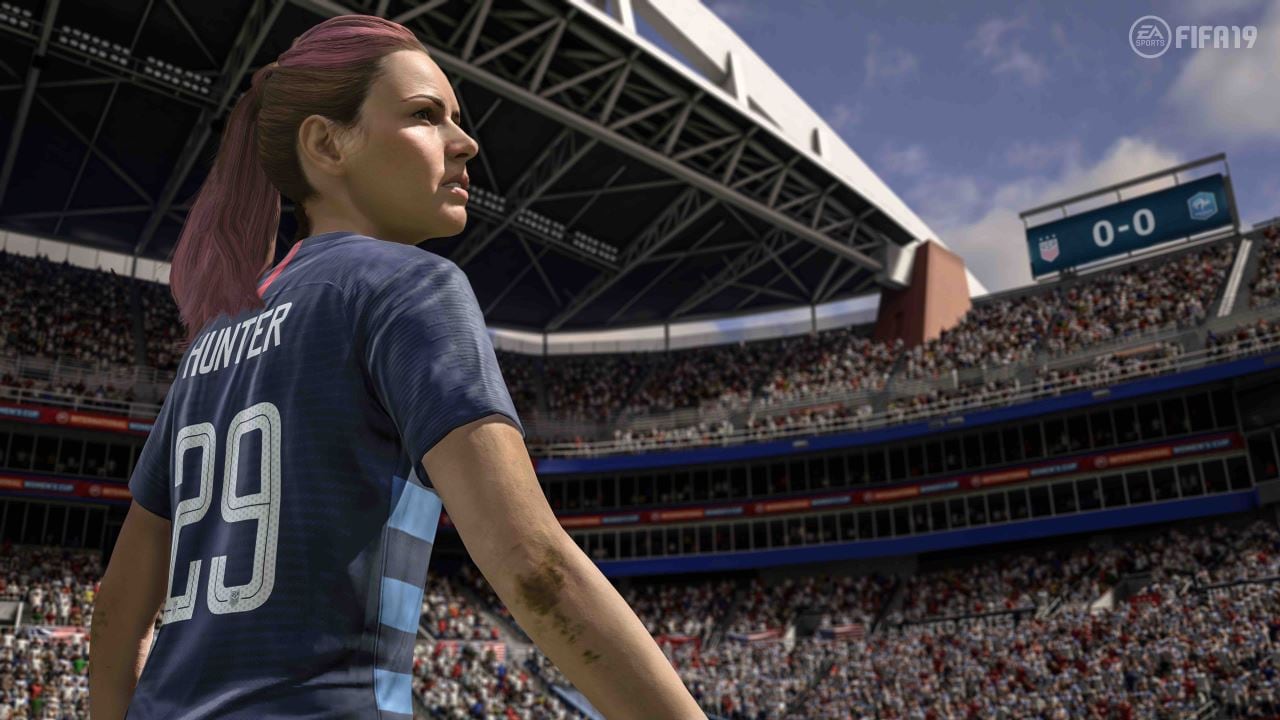 That connects into two other problems that have plagued FIFA's The Journey from the beginning: unrealistic expectations that pull you away from controlling just one player. In Alex's first match as a Madrid player, in which he was substituted in with just over 10 minutes left on the clock, we were asked to score not just a goal but the next goal. These type of demands also fail to adjust to the role you've chosen; our Alex has been an attacking midfielder (CAM) from the start, but EA continues to mostly ignore that. Meanwhile, Danny's Champions League run strains suspension of belief for those who pick a small Premier League team, as you would have a team of 70-rated players being tasked with getting to the final of Europe's top-tier club competition.

Hell, we had trouble getting to the final even as Manchester United. After an intentionally-poor performance from the teammate AI put us two goals down in the first leg of the Champions League semi-final against PSG — another scripted moment, because of the Williams brothers — we played the second leg twice as Danny and the full team, failed to score three goals, chose to go back and replay the first leg as the full team twice to get a desirable result, and then returned to the second leg to close things out. That's a total of six games across two legs. It's bad enough having to play against an artificially-boosted opponent, which is made worse by having to take over control of the team while lacking access to tactics and substitutions.

Does EA really expect one of 10 outfield players to have such an outsized influence, more so with an incompetent AI? If not, then the FIFA developer is basically expecting players to play as the full team, which goes against what The Journey is supposed to be. It even actively keeps creating opportunities to play with more than just one player, thanks to the returning partnership aspect from FIFA 18. While Kim has to link up with Alex Morgan, Alex can choose from two sets of mentors which allow him to develop in different ways. First, he increases his rapport with one of five mentors in matches and after filling up the mentorship meter, unlocks a training challenge that provides a stat boost if successful. It's fine to ask you to link up with them but in allowing you to take control of them during matches, FIFA 19 betrays a lack of confidence in its AI to link up with you on its own. 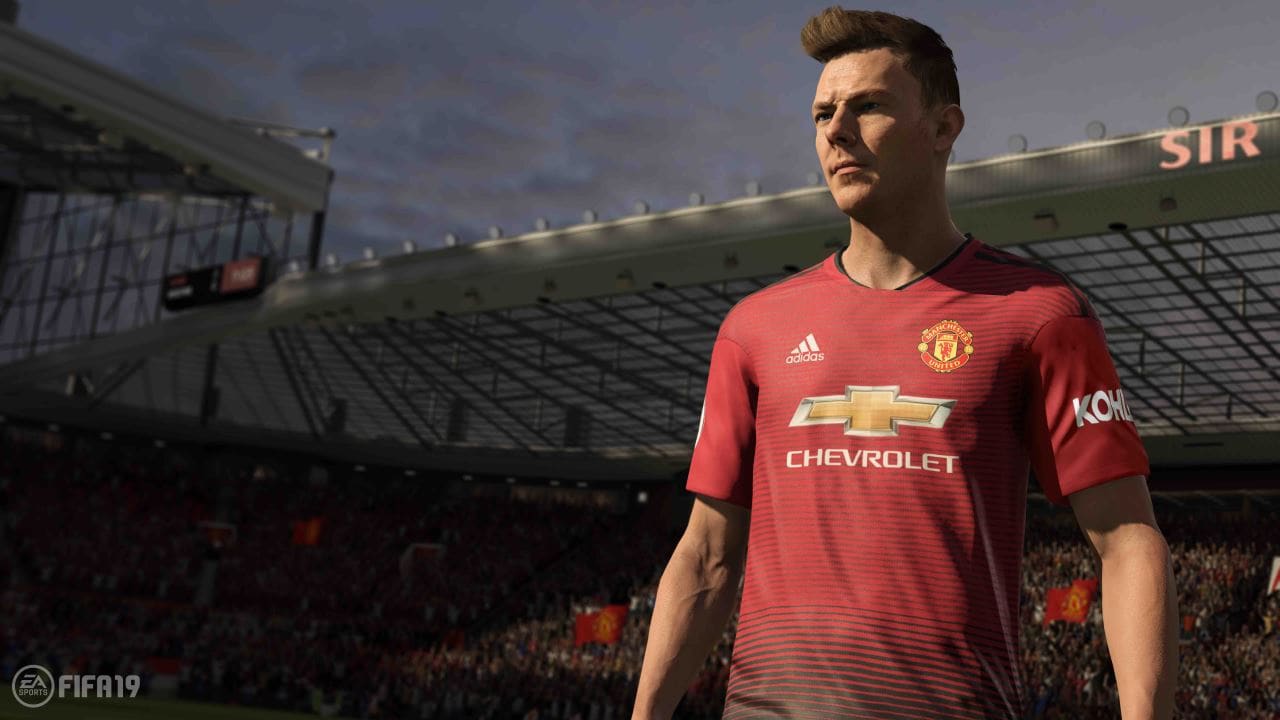 Then, there are the issues carried over from previous iterations which now seem outright laughable. When The Journey began in FIFA 17 with Alex, Danny was one of three non-playable characters (NPCs) at your Premier League club of choice, alongside a defender and midfielder. The ratings for both were in their early 70s, just as Alex and Danny. But while those two have grown — Alex more so than Danny — the two NPCs are still in their early 70s. It could be seen as a sign of realism that they peaked early, but then it makes no sense to include them in the team from a manager's perspective. They are only there because recording dialogue for them is easier, but that's no excuse to force them into the squad and weaken your team, especially when you're going up against Champions League giants.

It's in the story

That leaves small niggles, such as lack of dedicated cut-scenes or dialogue in FIFA 19's The Journey for those players that had opted for Atletico Madrid in FIFA 18. A direct transfer to their biggest rivals would be a major no-no in the real world, but Alex just casually strolls into Real like no one cares about club rivalries in its alternate setting. It's a glaring omission on EA's part. Thankfully, the writing is more confident overall as we noted before, showcasing a better understanding of the central trio, their relationships, idiosyncrasies, and banter. It captures Danny's awkwardness and struggle in conversations, Kim's eagerness to prove herself and standing up for what she believes in, and Alex's aloofness amidst the growing influence of his new entourage.

While the FIFA team has made tremendous strides on that front, most of the gameplay annoyances haven't been dealt with unfortunately, with the most egregious of the lot being the artificial changes to teammate and opponent AI that force you to take control of the full team, in order to win matches because you've no way out. For what it's worth, you can lose the two finals as any of the three characters and there are different cutscenes that play out for each scenario. But that's no consolation when you've worked so hard and possibly replayed certain games to get to the final. In the end, The Journey's legacy will be the attention paid to its characters, much of it thanks to the progress made in FIFA 19, which is only fitting for a story-based mode.