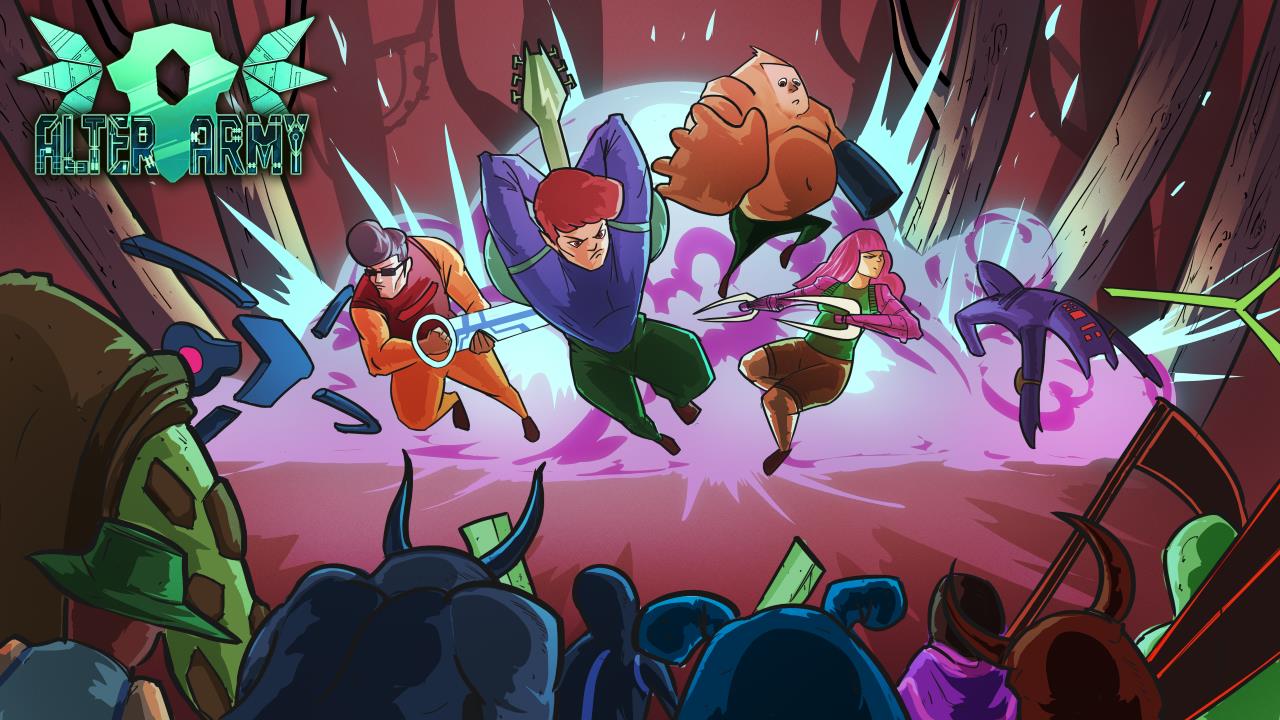 Jump. Kick, kick. Dodge, turn. Kick, kick. Jump, dodge, kick, miss. Dodge, too late. Dead. For the past week, I’ve been trying my hands at Alter Army, a fast-paced hardcore 2D platformer made by two 16-year-olds from Jaipur, who began development on the title nearly two and a half years ago. It’s a fascinating story and their commitment to the project is remarkable, given they also have had to balance school, homework and exams while working on their passion project.

The two – Mridul Bansal and Mridul Pancholi – met as 14-year-olds in school and discovered they shared a love for computers, programming and game development. But to get Alter Army over the finish line, which is now available on Steam, they have had to expand their roles. Bansal handled marketing to get the word out in addition to being lead designer, while Pancholi looked at programming and art. And their work has paid off, having been noticed by the likes of Rami Ismail, ex-Battlefield dev David Goldfarb, and Cultist Simulator co-creator Alexis Kennedy.

With several levels across six different biomes, Alter Army has you pick one of four characters, who have different abilities, to take on enemies of varying sizes, speed, and attack. Some walk glacially and wield a powerful weapon, some simply jump up and down trying to crush you, while others fly about and deploy time-delay bombs. You have three basic controls that I spoke of in the beginning – jump, kick or dodge – which you’ve to combine in the most effective manner to get past levels (and not share my fate), with the game prioritising both speed and aggression, as Bansal told us at the start of the year.

That said, dying is easy. I kept repeating the same sub-levels again and again, managing to pass a paltry three levels in over a week. Sure, you can get through early sub-levels with button-mashing but that stops working pretty soon. Alter Army needs you to strategise how you deal with the variety of villains on hand, while also never slowing down. Occasionally, my palms turned red from gripping the controller and trying to react as fast as humanly possible. If you aren't a fan of hardcore platformers that demand lightning reflexes, Alter Army isn't going to change your mind.

Despite its low-end system requirements (Intel Core Duo, Nvidia GT 630, and 4GB RAM) and graphics that resemble the 16-bit era, Alter Army doesn’t seem to have been optimised, given the performance was sub-par even on a more powerful system (Intel Core i7 4th-gen, Nvidia GT 750M, and 16GB RAM). The frame-rate on my setup was all over the place, ranging from 2-30fps depending on intensity of action and level reloading. And unfortunately, there are no graphics settings to tinker with.

The more annoying part though was the game’s unclear save system, which doesn’t behave as it should. Physical checkpoints available during levels allow you to save progress but if you have to leave before you can solve a level in its entirety, the game essentially resets upon your return, forcing you to start from scratch. This problem is borne out of the absence of a load checkpoint feature in Alter Army, with the only option for players to pick a level from the main menu.

Beyond that, there were a few minor niggles. Though Alter Army spent some months in early access, there are some bugs that need to be ironed out, with in-game menus getting stuck and the game crashing on us with an error message a couple of times. And the control scheme hasn’t been fully defined – the game “highly” recommends you play with a controller, by the way – with half the buttons including ‘B’ on the Xbox One controller (which usually works as a back key in most games) or the D-pad not working in the menus.

If you’re the sort who relishes the challenge of hardcore platformers, you’re bound to enjoy what Alter Army throws at you. My time with Alter Army reminded me of Super Meat Boy, another tough platformer. I'm not sure I can say the same about the story and lore – it contains Easter Eggs directed at Pancholi’s previous efforts, available on indie gaming websites – which is rather threadbare and doesn’t influence what you’re doing in the game. But for two teenagers releasing their debut full-length game, there’s surely no way but up.