Zynga's shares rise 14 percent ahead of earnings report next week 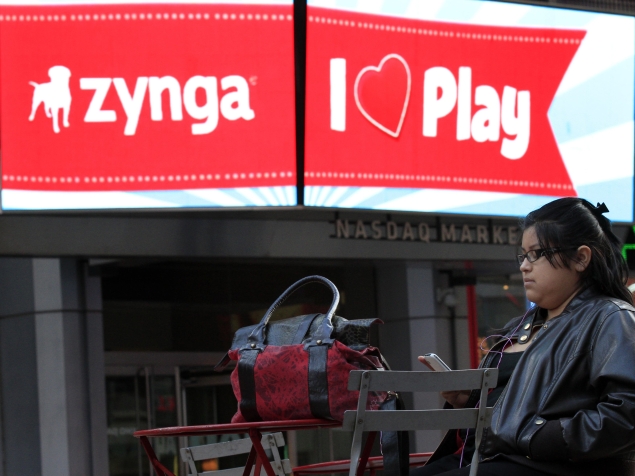 Zynga Inc's stock rose 14 percent on Monday as investors grew more confident that the social games developer behind "FarmVille" and "Mafia Wars" will deliver a solid set of quarterly results next week.

Zynga reports quarterly results next Monday. In October, it raised the lower end of its 2012 earnings forecast and also announced a $200 million share buyback plan and a new partnership with British company bwin.party to offer online real-money gambling.

Last month, it put in a preliminary application to run real-money gambling games in Nevada.

Analysts said there was no news that caused the spike

Arvind Bhatia, an analyst at Sterne Agee, said, "Outside of Apple, it feels a little bit like we're in a little bit of bull market in tech. A lot tech memes are up even without any news. This one was perhaps underowned and maybe that's why people are saying in 2013 that's one they want to own.

"Volume is three times the normal volume and stock is up 13 percent and that's clearly telling you somebody's buying."

"They scheduled an earnings call for next Tuesday and haven't preannounced, so perhaps investors are feeling good about the quarter," said Wedbush Securities analyst Michael Pachter.

The "FarmVille" creator has struggled to hold on to users for once-popular titles it publishes on Facebook, and is shifting focus to capture growth in mobile games.

Zynga is hoping that a lucrative real-money market could make up for declining revenue from games like "FarmVille" and other fading titles that still generate the bulk of its sales.

Last year, the games publisher carried out 11 of the planned shutdowns of 13 underperforming game titles, including simulation games like "Petville" and "FishVille."

As part of an on-going cost-cutting plan, Zynga laid off 5 percent of its full-time workforce and shut its Boston office last year and said it might consider closing its Japanese and British game studios.

"A lot of it is going to depend on Zynga's cost-cutting and there's are still a lot of issues as they don't have the advantages from their previous relationship with Facebook," said Sterne Agee analyst Bhatia.