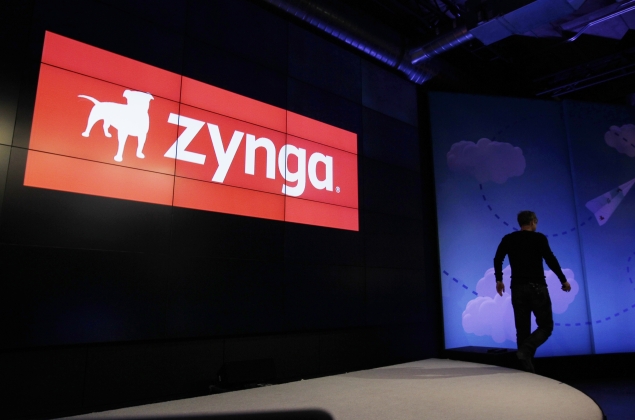 Zynga Inc will shed 15 percent of its workforce to slash costs and buy mobile game developer NaturalMotion for $527 million to refresh a stalled games pipeline, moves that sent its stock soaring 20 percent in after-hours trading.

Chief Executive Officer Don Mattrick, hired last year, is taking aggressive action to revive a company that developed "Farmville" and once dominated gaming on Facebook Inc's social network, but is now struggling to adapt to the rise of mobile gaming.

Zynga's largest acquisition to date, NaturalMotion is a 12-year-old studio that has created games like "Clumsy Ninja" for Apple Inc mobile devices. NaturalMotion is known for its Euphoria game engine, whose simulation technology has helped create powerful visuals in games like "Grand Theft Auto V".

"NaturalMotion significantly expands our creative pipeline and accelerates our mobile growth," chief operating officer Clive Downie said in an interview. "They are not an acquisition to fill a gap but one to expand our capabilities."

The San Francisco-based game company said in a statement on Thursday it expects to cut 314 jobs. It also posted a narrower-than expected quarterly loss.

"The missive is kind of the framework of a turnaround," said Mike Hickey, an analyst at the Benchmark Company.

While the management's recent steps show "a ray of optimism", key metrics of user engagement were still weak, Hickey said. Zynga has to prove that it can use NaturalMotion's games and talent to deliver titles that are long-lasting hits in a fad-driven mobile game market, he said.

The analyst pointed to the example of "Draw Something", a game Zynga acquired when it bought New York-based studio OMGPOP in 2012 for about $200 million. "Look at 'Draw Something'...that was something that on the surface looked great but quickly evaporated," Hickey said.

Zynga, once among the hottest tech companies with rapid revenue growth from popular Facebook-based games, was caught off guard as the games industry saw a boom in mobile games. The company has renewed its focus on transitioning to smartphones and tablet titles, the increasingly preferred format for casual gamers.

Excluding certain items, it reported a net loss per share of 3 cents, a penny better than forecasts for a 4-cent loss per share, according to Thomson Reuters I/B/E/S.

The company forecast first-quarter revenue in the range of $155 million to $165 million, surpassing Wall Street's estimates of $145.6 million.

"The guidance for 2014 was strong...it was in excess of what the Street was looking for and that shows the stabilization and expected re-growth of their business," Benchmark Company analyst Hickey said.