Share on Facebook Tweet Snapchat Share Reddit Email Comment
Xiaomi kicked off 2015 with the quiet launch of the Redmi 2 and this was soon followed by the Chinese company's first major event that saw the launch of the new flagship phablet, the Mi Note, and the "even-better" Mi Note Pro alongside the Mi Headphones and Mi Box Mini. 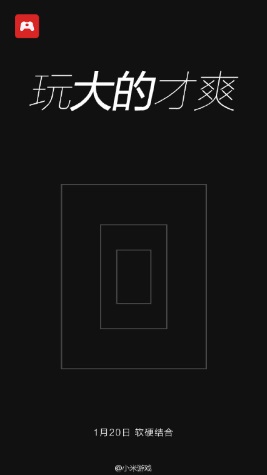 Now, Xiaomi has teased another launch for Tuesday. The new teaser comes from Xiaomi's gaming division and shows three rectangular boxes with a black background. Notably, the teaser image shared on the company's Weibo account has a controller on top and what may be a game console alongside, tipping the launch might see the first Mi-branded console being unveiled. The teaser image includes a tagline that says, 'Bigger is Better'.

Xiaomi's speculated move to launch a gaming console appears to be plausible, considering that Chinese government last year lifted a ban from 2000 on gaming consoles.

Last year, Microsoft taking advantage of the lifted 14-year ban, launched its Xbox One game console in China. Sony is yet to follow, but has announced its intentions. It earlier this month delayed the January 11 launch of the PS4 console in China, without providing a reason and saying it would announced the new launch date in a separate notice.

At the sidelines of Xiaomi's big event last week, the company confirmed that it is all set to launch the Mi 4 flagship smartphone in India on January 28. Xiaomi's Vice President of International Operations, Hugo Barra, announced an event in New Delhi on January 28, which tied in with India Head Manu Kumar Jain's statement that the Xiaomi Mi 4 would launch by the end of the month.

Considering that Xiaomi follows a customary Tuesday flash sale for its handsets in India, it is possible the Mi 4 will go on sale for the first time on February 3 via Flipkart.