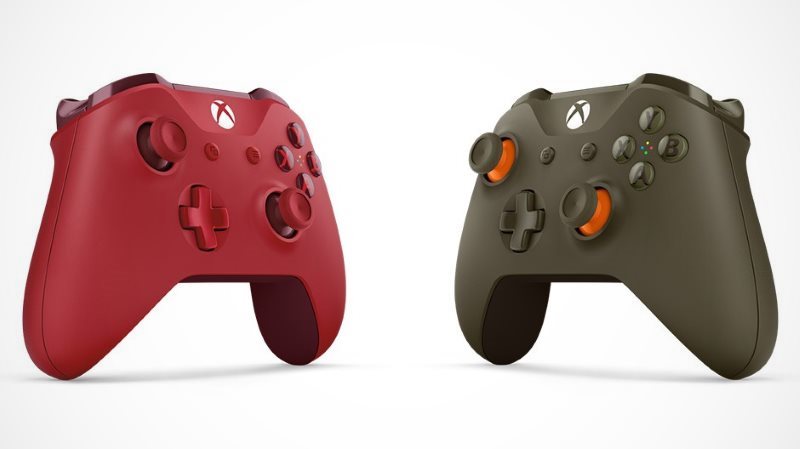 Microsoft is releasing two new colours for its Xbox Wireless Controller, one with a two-tone matte red finish and another military green with orange accents.

The new Xbox Wireless Controller offerings are modelled after the one shipping with Xbox One S, and hence feature a textured grip, better wireless capability, and Bluetooth technology.

You can use them with Xbox One, Xbox One S, Windows 10 PCs and tablets, as well as the Samsung Gear VR.

The Xbox Wireless Controller Red is already available in the US, at retail – Microsoft Store and GameStop – and online at microsoftstore.com for $65 (about Rs. 4,400). It’s got blood red all over the front face, and a deeper red covering the back and the bumper area.

The second, Xbox Wireless Controller Green/Orange model, has a green matte finish and gloss highlights on the triggers, and orange accents behind the thumb sticks. Like the red version, the back of the controller is covered in a darker shade of green. It’s not available for shipping yet, and will be available come January 24 – via Microsoft store and its website, and Walmart – for the same price.

Don't expect any of the two to be available anytime soon in India, though.

If it’s colours you want, you can also took towards the Xbox Design Lab, which lets you pick from more than 8 million colour combinations, claims Microsoft. You will need to shell out a bit more though, around $80 (about Rs. 5,400). Plus, you get to be creative, so there’s that.

The new Xbox Wireless Controller models, like the rest of them, also support custom button mapping with the help of Xbox Accessories App, available from the Xbox Store or Windows Store.

HTC U Ultra, U Play, X10 Leak Again Ahead of Thursday Launch; U Ultra Tipped to Sport Ticker Display