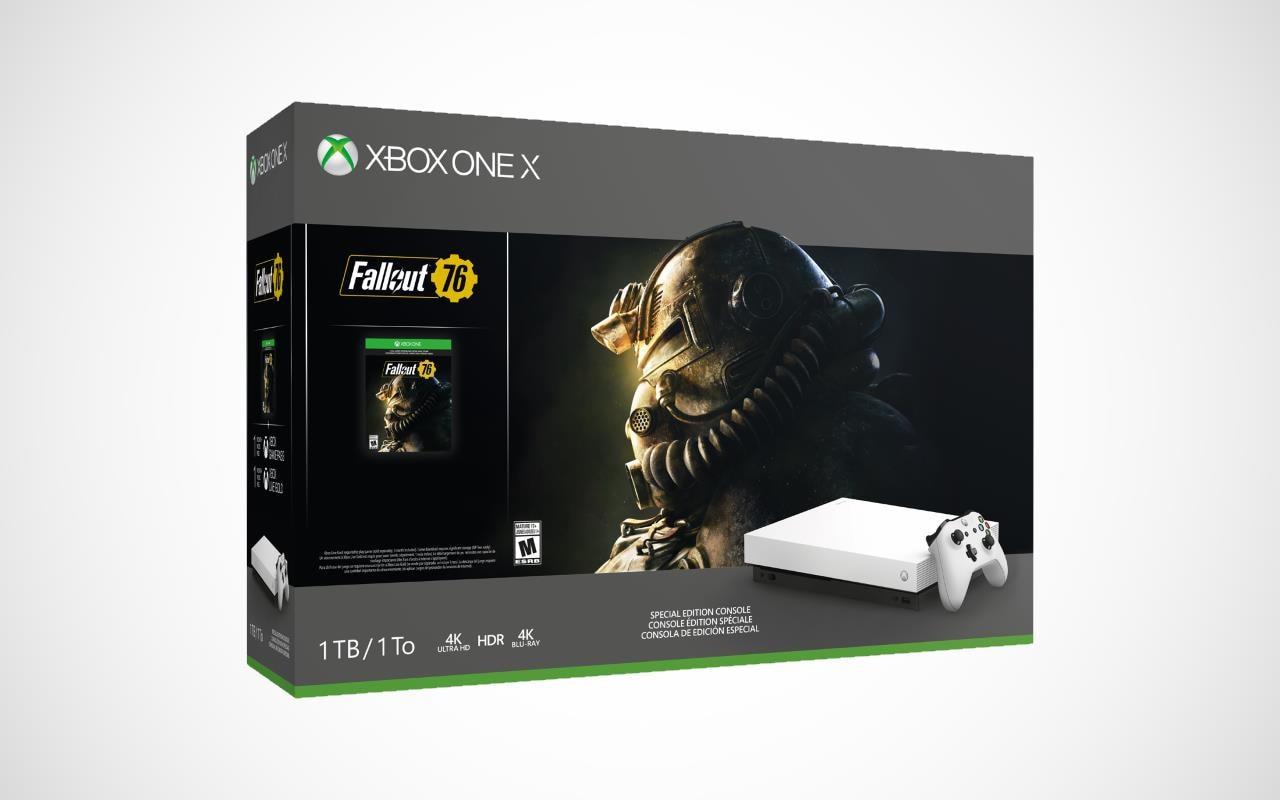 Microsoft is giving a white makeover to the Xbox One X and wireless controller Xbox Elite. On Wednesday, it announced special editions for both those pieces of hardware: the new Xbox One X is being called ‘Robot White’, includes the upcoming Fallout 76, and will ship to retailers November 14 – the same date as the game’s release – while the new Xbox Elite white controller will be available October 16.

Microsoft is touting access to Fallout 76 beta as well, which is funny because the beta starts in October but the console won’t be available until November. So unless you already have an Xbox One at home, there’s no use pre-ordering the new Xbox One X just for beta access.

Meanwhile, the Xbox Elite White Special Edition is priced at $150 (about Rs. 10,600). Unlike the newer Xbox controllers that have Bluetooth support, the white edition of the Xbox Elite is the same as the original Xbox Elite released in 2015. In other words, it will need an Xbox Wireless Adapter if you plan to use it on Windows 10 devices.

Both new variants of Xbox hardware will be available at Microsoft Store and GameSpot in the US and “participating retailers” in the rest of the world. Gadgets 360 has reached out to Microsoft India on availability and pricing, and will update this piece if we hear back.