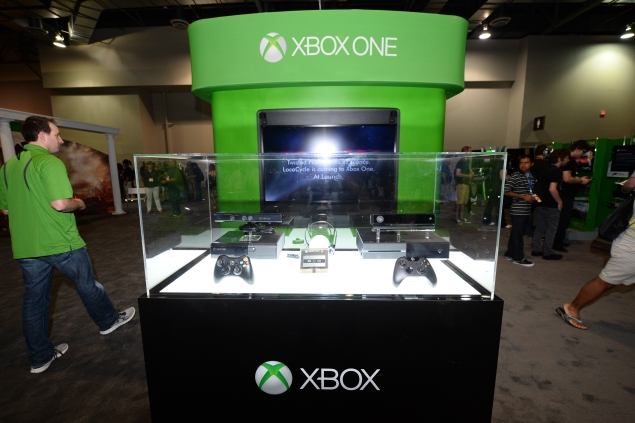 Microsoft on Friday crowed that more than a million Xbox One consoles were snapped up within 24 hours in 13 countries after hitting shelves for the first time in the morning.

The US-based technology titan described it as the biggest launch in Xbox history, setting a new sales record at the company.

Xbox One consoles were sold out at most retail shops, according to Microsoft.

"We are humbled and grateful for the excitement of Xbox fans around the world," said Xbox corporate vice president of marketing Yusuf Mehdi.

"Seeing thousands of excited fans lined up to get their Xbox One and their love for gaming was truly a special moment for everyone on the Xbox team," he continued.

"We are working hard to create more Xbox One consoles."

Sale of the keenly-awaited system began in more than a dozen countries including New Zealand, Australia, France, Britain, Brazil and the United States as day dawned in respective time zones.

Xbox fans queued at consumer electronics shops to be among the first to get their hands on Microsoft's beefed-up console that extends beyond gaming to online films, music, social networking and more.

"It's a big upgrade, a big change," said 23-year-old Jonathan Guerrero, who staked out a spot at the front of the line at a Best Buy electronics shop in Northern California 13 hours before the consoles went on sale a minute into Friday.

"You are jumping from okay to super great."

Hassan Ali, 34, said he queued to get an Xbox One because he has an ideal television for the rich graphics it pumps out. He described his set as a 3-D, high-definition, smart television with a 65-inch screen.

"It's kind of amazing that you can look at the game and it looks like real life," said Ali, who spoke of loving video games since his first Sega device in 1985.

Sony said it sold more than a million PS4 consoles in the 24 hours after its release on November 15 in only North America.

Both consoles boast upgrades which provide richer graphics and more immersive game play than their predecessors. Social features for online play have also been enhanced, along with the ability to share with friends.

Analyst firm Gartner forecast that the console segment of the video game market will grow from $44 billion this year to $49 billion, while that of mobile games will climb from about $13 billion to $17 billion.
Comments