Xbox One Price in India Slashed to Lowest Since Launch 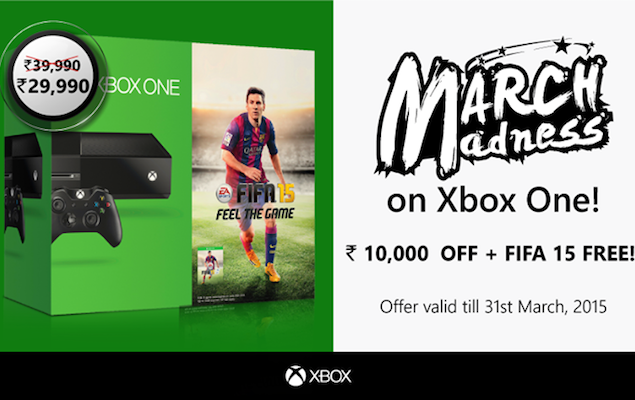 The Xbox One is now available at its lowest price since launch. While discounts on Microsoft's big black box are nothing new, hitting a price under Rs. 30,000 definitely is.

According to the official Xbox One India Facebook page, Rs. 29,990 nets you an Xbox One with a download code for FIFA 15 on Amazon India, the exclusive retailer of the console.

What's more, you have an entire month to make your purchase of the Xbox One, compared to earlier cases where the console was only discounted for a few days. The new deal ends on March 31.

The move is reminiscent to the discount the console had seen in the US, where the price was dropped to $349. The deal lasted for two months before it was pushed back to its original $399 price and then went back to $349 again.

While the post on the Xbox One India Facebook page claims this is a limited time run, we won't be surprised if the deal continues well into next month, given the global trends and the fact the Xbox One hasn't seen as much success in the Indian market as Sony's PlayStation 4 (PS4) which retails for Rs. 39,990. The PS4 has been around longer than the Xbox One in India, but continues to do well without needing to resort to deep discounts like the Xbox One.