Xbox One Is Finally Available at Local Game Stores in India

Almost two months ago we spotted Xbox One exclusive games like Halo 5 on the store shelves with retailers telling us the Xbox One console itself will be available soon enough. It seems that this has already happened. Microsoft's black box is available at a host of gaming stores across the country. Particularly the 500GB Kinect edition complete with three games for Rs. 45,990. These are Kinect Sports Rivals, Dance Central and Zoo Tycoon all as digital codes. Several store managers have confirmed that these were official stock complete with warranty from Microsoft India and its distributor sticker. For its part, Microsoft appears to be staying mum on these developments.

"As of today, Xbox One, Xbox One accessories and games are available on Amazon, Flipkart, Snapdeal, and select Microsoft Priority Stores across India. We have nothing else to announce at the moment," said Microsoft spokesperson to Gadgets 360 in an emailed statement. Odd considering that we visited several stores ourselves to verify that the stock was Microsoft's, complete with its official distributor, Redington's sticker. This seems to be the case in other cities like Chennai, Delhi, and Bengaluru as well. The company seems to be unaware of these developments. 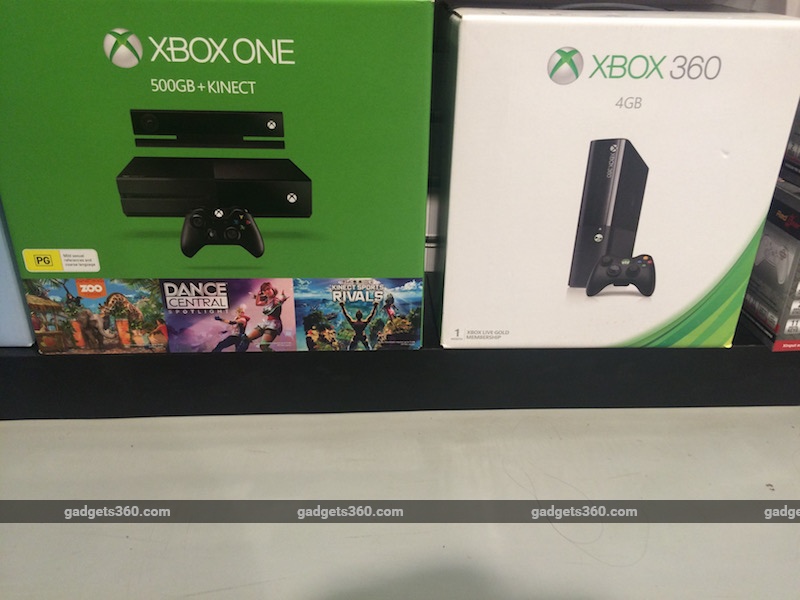 All of this would be in direct conflict with Microsoft India Chairman Bhaskar Pramanik's comments on the matter earlier this year. He staunchly defended the company's narrow distribution strategy.