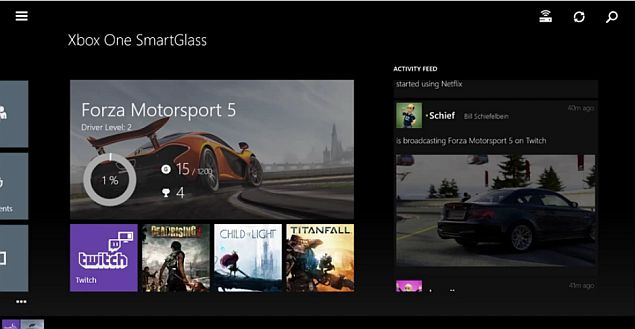 While we already saw a teaser image by an Xbox One developer showcasing the external hard drive mode under tests, Microsoft on Wednesday officially announced that the feature would start rolling out in June. Users would also be able to use real names to search for their friends as a part of the next Xbox One system update.

"With the next system update coming in June, we're thrilled to announce two of your most-requested features will be here soon: external storage support and real names for identifying your friends," stated Larry Hryb, also known as Major Nelson, Director of Programming for Xbox Live, on the Xbox blog. 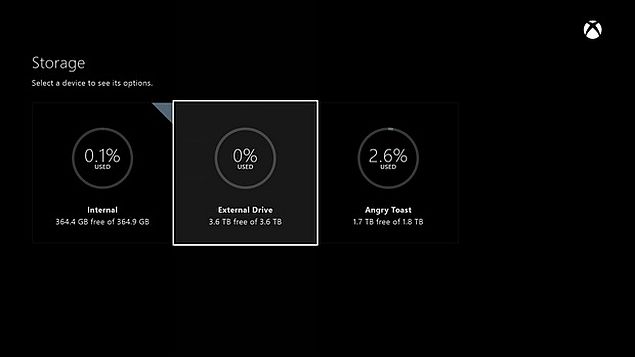 The June system update for Xbox One will let users carry around their games along with extra DLCs anywhere via an external hard drive. However, the gamer would have to sign in after plugging in the device to continue if the content is purchased digitally. "You'll need to sign in to Xbox Live if you've purchased your content digitally or insert a disc to verify your game ownership when you take your content on the road," adds Hryb. The external disk should have 256GB of storage or larger with USB 3.0 connectivity.

Additionally, as a result of user's feedback, the upcoming Xbox One system update would also enable users to simply search their friends with real names and not only by their aliases or gamertags on Xbox Live. 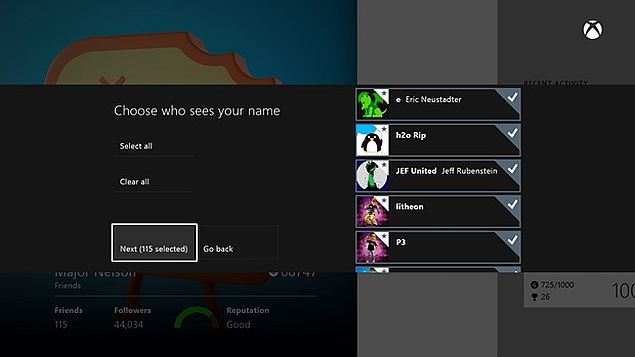 It has previously been mentioned that the upcoming Xbox One system update would offer users new SmartGlass features such as OneGuide and Universal Remote Control, and can automatically sign-in just by selecting an account. The Xbox One users in Canada and Europe will get access to OneGuide and more TV, SmartGlass and voice features. The TV Guide app for Xbox One would now be available in more number of countries - Canada, the UK, France, Spain, Italy, and Germany.

With the same update, pin reordering can also be done by users. This would easily let them manage their pins in different categories and preferences. Other improvements in SmartGlass include hero stats and activity to keep up with what other friends are up to. Users can also compare their achievements via SmartGlass.

All these updates will be available to Xbox One users in the preview programme for now.

Earlier this month, Major Nelson teased another update (which will probably come along with above June update). A new 'Sound mixer' feature was announced which will enable users to control the audio levels of two applications which are being used in the Snap feature and determine which app's sound is louder. The same section would also let users control the Kinect voice chat volume. Both features would be accessible under the 'Settings' option.

Additionally, with the update detailed earlier in May, users can opt-in to a speech collection data programme, an optional feature, providing voice samples to make the console responsive to more voice commands.

On Wednesday, Microsoft started rolling out an update to its Snap feature on the Xbox One console, based on user feedback. Users now have the option to Skype Snap call.

The Xbox One gamers could before the update only Snap other apps into Skype, but now, can do the opposite as well - that is, Snap Skype video or voice call into other apps. As a part of the Skype update, the users can now hang up a call, add a friend or turn off the camera from a video call without moving away from the activity they are performing. The Skype start-up time has been also improved as a part of the minor bug fix.

Microsoft had previously updated its Xbox One console in April, enabling gamers to check the status of games saves; keep track of game and app updates; and view on-screen notifications. Kinect 2.0 has been also fine-tuned for quality and reliability of Xbox One commands.