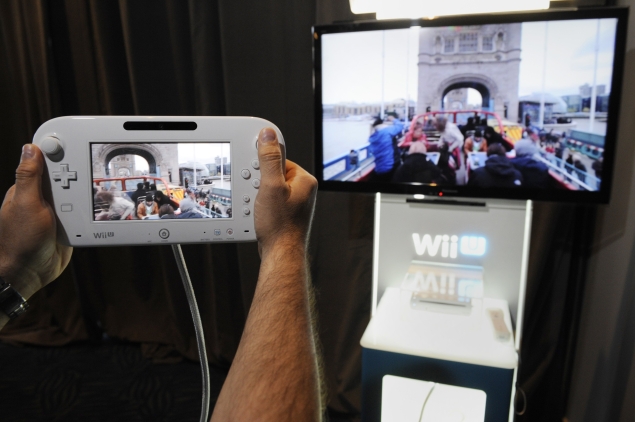 When video game developer Brenda Brathwaite Romero started her career in the 1980s, she could count the number of female developers in the industry on one hand.

Today, many "Women in Games" roundtables she attends are filled to capacity with new faces. The 46-year-old, sometimes referred to as the longest-serving woman in the video game arena, jokes that these days one can even encounter long lines for the ladies' room at the Game Developers Conference, one of the industry's largest gatherings.

"Over the years, greatly helped by the social and mobile boom, there have been many, many women coming into game development," Brathwaite Romero said.

With women comprising just over 1 in 10 in the video game workforce, the industry has a reputation for being among the most testosterone-fueled of the traditionally male-dominated technology sector. But thanks to the mobile revolution, industry executives say that's changing.

With smartphones going mainstream and delivering gaming to a new, broader population, publishers and developers are keen to tap an audience beyond young males. And, not surprisingly, as women have explored a growing range of mobile games on Facebook or other platforms, they have discovered the allure of working in the industry.

The number of women hired by game companies has tripled since 2009, according to recruiting firm VonChurch, based on over 350 placements it has made in digital gaming firms like CrowdStar and GREE.

In 1989, when veteran games designer Sheri Graner Ray started out, women made up less than 3 percent of the workforce. That's now up to 11 percent.

"In 20 years, it's not a lot of growth," said Graner Ray, who has worked at leading companies like Electronic Arts and Sony Online Entertainment. But she agrees that number will rise as more women assert themselves in the industry, educational programs take hold, and mobile games continue to flourish.

Some of the first engineers at mobile games maker Pocket Gems were women, and though that wasn't intentional when the company was founded in 2009, it proved instrumental to success, said Chief Executive Ben Liu.

Pocket Gems, best known as a maker of family-friendly mobile games like its popular "Tap" series, recently launched "Campus Life", where players can build and run a college sorority, to target a female audience.

"I've worked at other, different game companies and I've been on floors where it's only guys," Liu said. "Our aspiration is to create games that are mass market and accessible to all people, and having that representative base of employees helps us keep true to that."

Debauchery 'way, way down'
Gaming still conjures up images of young men glued to flickering screens for hours on end, fueled by energy drinks and waging online battles unto death in such "shooters" as "Call of Duty" or tactical war games like "Starcraft."

But the advent of affordable smartphones and tablets and the burgeoning world of social media has drawn in a whole new world of gamers. Individuals who had never been tempted to plunk down hundreds of dollars to buy a gaming console found themselves enticed by a whole new genre of games.

These days, gaming might just as easily mean launching attacks on pigs in "Angry Birds" or slicing produce with swiping motions in "Fruit Ninja" games that have mass appeal.

"Mobile is still the Wild West and it's founded on this idea of inclusion, because everyone has these mobile devices and everyone wants to play," said game content designer Elizabeth Sampat, who works at social game company Storm8.

That's partly why more than half of America's social and mobile gamers are women, according to research firm EEDAR, while they comprise just 30 percent of those who play hard-core violent games like Microsoft's "Halo 4" on game consoles.

Erin McCarty, 24, grew up playing such fare. She went to engineering school at Carnegie Mellon University, with a goal toward working in the video game industry.

Today she's the only female engineer in a seven-member team crafting multiplayer-shooter game "Realm of the Mad God" at social and mobile game company Kabam that targets male gamers.

But far from feeling different, McCarty considers herself just another coder at Kabam, where women make up just a fifth of the payroll.

"I'm around guys a lot and they are always people that I'm happy to work with," McCarty said.

Brathwaite Romero recalls how her male coworkers on the team that created the mature-rated "Playboy The Mansion" game with nude characters that was published in 2005, were wholly professional.

"Some of the debauchery that was evident in the early days of the industry, like meetings at strip clubs, having strippers at your party, that sort of stuff has gone down way, way down from where it used to be."

Dancing girls and sexism
That's not to say the industry doesn't have a ways to go.

Women in the game industry are underrepresented in software engineering and top-level management, reflecting a similar trend in the broader technology sector, industry executives say.

Then there are the occasional throwbacks to the male-dominated 1980s and 1990s. Gameloft created a stir a few weeks ago after a holiday party at its Montreal studio ran amok.

The studio, which makes games for devices like Apple Inc's iPhone, hired a burlesque dance troupe that featured scantily clad women in body paint. By the end of the evening, several dancers began to discard their bathing suits, according to a person with knowledge of the event, who asked not be named.

The dancers were expelled from the event "as soon as their misconduct was brought to light," Gameloft said in a statement.

Over a month ago, a tweet from a male gaming professional "Why are there so few women in gaming?" ignited a top-trending Twitter conversation under the #1reasonwhy hashtag, that quickly morphed into a now infamous discussion of discrimination and sexism in the workplace.

"I was told I'd be remembered not on my own merits, but by who I was or was assumed to be sleeping with," Seattle-based pen and paper game designer Lillian Cohen-Moore, who goes by @lilyorit, tweeted.

Gaming conventions can bring out the worst in attendees, said several women gaming professionals. While not a pure work environment, they are a forum for professionals from across the industry to convene to talk shop and do business.

Cohen-Moore, 28, said she was appalled to see men at the annual Penny Arcade Expo in Seattle groping women working as costumed characters when she worked there last year.

"I've been leery about transitioning into video games because the culture over there is a lot more blatant and active in how many sex trolls they have," she said.

"I was discussing a potential contract with somebody and the guy right next to me is talking about to quote him 'the tits and ass' on this particular model. And he's going on and on and on about this," she said. "This is wrong."

Sampat said in some workplaces, though not at her current employer Storm8, women are often expected to tolerate off-color jokes - of which they're often the target.

Before stepping into an interview at an online game company a couple of years ago, Sampat said a female human resources employee told her: "It's my job to make sure that all potential candidates can, you know, take a joke."

"I couldn't help but wonder if she asked the white male programmer who came in before me whether he could take a joke too," Sampat said.

Women outside the United States find similar challenges. Alisa Chumachenko, CEO and founder of Game Insight, a fast-growing mobile and social company in Russia, thinks having more women in senior and more diverse roles will help. Her company of 450 employees has three other women in high-level positions, but she wishes she knew more women in gaming.

"We need to really look at the women who have become movers and shakers in this industry," the veteran games designer Graner Ray said, "and claim them and hold them up and say: 'Here's where we are, here's what we can do. Pay attention to us.'"