Winners and losers at this year's E3 gaming expo

Microsoft vs. Sony
Both companies served up flashy presentations of the forthcoming next-generation consoles, the Xbox One and the PlayStation 4. Microsoft's show came off bland and corporate, and did little to answer consumer disenchantment with the Xbox One's requirement for regular Internet connections and Microsoft's vague statements on the playability of used games. Sony came out swinging, promising it would not try to restrict used game sales and the PS4 would not require a persistent online connection. 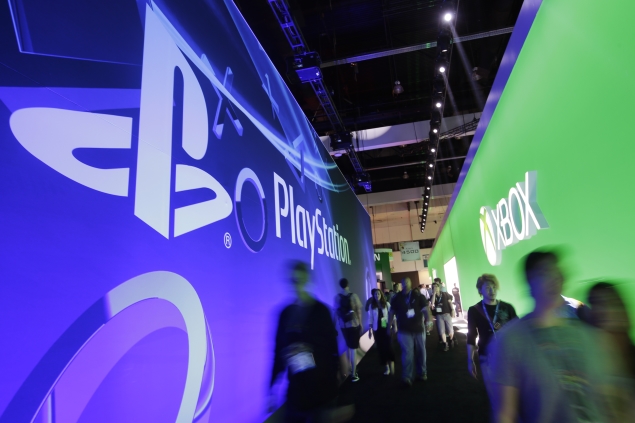 Sony also scored by announcing a $399 price tag for the PS4, $100 less than the Xbox One. While the contest is far from decided (indeed, much of the whole used-games issue rests in the hands of third-party publishers like Electronic Arts and Ubisoft), Sony assuredly won over some hearts. Winner: Sony.

"Titanfall" vs. "Destiny"
Two of the biggest debuts at E3 were first-person shooters from veterans of the genre. Respawn's "Titanfall," shepherded by the masterminds behind the landmark "Call of Duty 4: Modern Warfare," updates the formula with the addition of giant robots. "Destiny," from "Halo" creator Bungie, is more ambitious, promising vast open worlds that reward exploration more than the typical shooter. Winner: "Destiny."

Console vs. mobile
Console game publishers have been fretting over the continued viability of the $60, disc-based game in the face of competition from 99-cent smartphone apps. But mobile games, tucked away in the corners of the Los Angeles Convention Center, barely made a peep amid the bombast of their big-budget brethren at E3. And some big companies are looking at mobile games as less of a threat and more of a gateway drug for large-screen play. Winner: Consoles.

Indie vs. corporate
Independent game development is blossoming, and the Indiecade area of the convention center displayed more creativity than most of the expensive corporate booths. (The most fun I had this week was playing "Tiny Brains," a multiplayer puzzler from Spearhead Games, a small studio founded by EA and Ubisoft veterans.) But Sony, in particular, is aggressively wooing indies to create PS4 and Vita games, and the buzziest titles at its booth were idiosyncratic gems like "Hohokum," ''Octodad: Dadliest Catch" and "Secret Ponchos." Winner: Can't we all just get along?

'Elder scrolls' vs.'Dragon age'
The two most popular American role-playing franchises hurled a few fireballs at each other. BioWare is looking to rebound from the divisive "Dragon Age II" with the more classically expansive "Dragon Age: Inquisition." But Bethesda Softworks' "The Elder Scrolls Online" is further along and looks more impressive each time I see it. Meanwhile, sword-and-sorcery tales are thriving, with promising epics like "The Witcher 3: The Wild Hunt," ''Dark Souls II" and "Blackguards" in the pipeline. And yes, "Final Fantasy XV" is coming. Winner: "The Elder Scrolls Online."

Nintendo vs. itself
Nintendo has a stable of talented game designers with impressive resumes, but they've been relegated to uninspired projects for the Wii U. The team behind the stellar "Super Mario Galaxy" games is producing the multiplayer "Super Mario 3D World," which plays an awful lot like last year's "New Super Mario Bros. U." Retro Studios, architect of last decade's spectacular "Metroid" reboot, is bogged down with another "Donkey Kong Country" game. While Nintendo's character roster is second to none, the company desperately needs an influx of fresh ideas. Winner: Nobody. 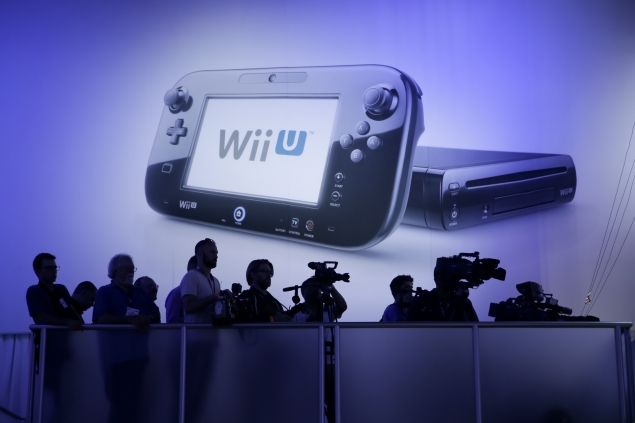 "Plants vs. Zombies"
Popcap Games' flora were in full bloom at E3, with the long-awaited "Plants vs. Zombies 2" for mobile devices as well as "Plants vs. Zombies: Garden Warfare," a goofy 3D shooter for the Xbox. Still, zombies continue to run rampant, starring in "Dead Rising 3," ''The Evil Within," ''Dying Light," ''Ray's The Dead" and the next episode of the "Walking Dead" saga, alongside about half a dozen other games. Winner: Zombies.

Call of Duty vs Cat Mario
In "Super Mario 3D World," a cat costume enables Mario to scramble up walls and pounce on enemies. Activision's "Call of Duty: Ghosts," however, features a German shepherd named Riley who can sneak through bushes, jump through windows and rip the throats out of terrorists. Plus, he's become an Internet sensation, and his Twitter account has over 26,000 followers. Winner: Dog.

Optimism vs. despair
No doubt, these are anxious times in the video-game business. The Wii U has yet to gain traction, and no one has any idea about how enthusiastically consumers will embrace the Xbox One and PS4. And big questions remain about piracy, privacy and the sustainability of big-budget game development. Still, the E3 show floor was packed all week, and most of the industry veterans I spoke with agreed it was the most exciting show in years. Winner: Optimism. 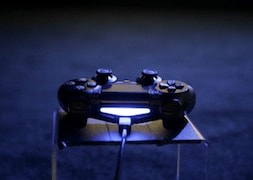 Winners and losers at this year's E3 gaming expo
Comment