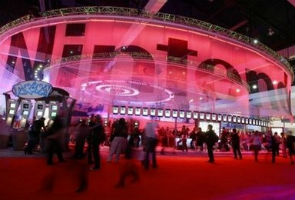 Highlights
A website operated by the US subsidiary of Japanese videogame maker Nintendo was hacked several weeks ago, but no personal information was stolen, a report said Sunday.

The entertainment giant, a producer of popular DS handheld game players and the Wii game console, said some of the information hacked from its server was published on the Internet, Kyodo News said, citing unnamed company sources.

A Nintendo spokesman could not be reached to comment on the report.
Comments