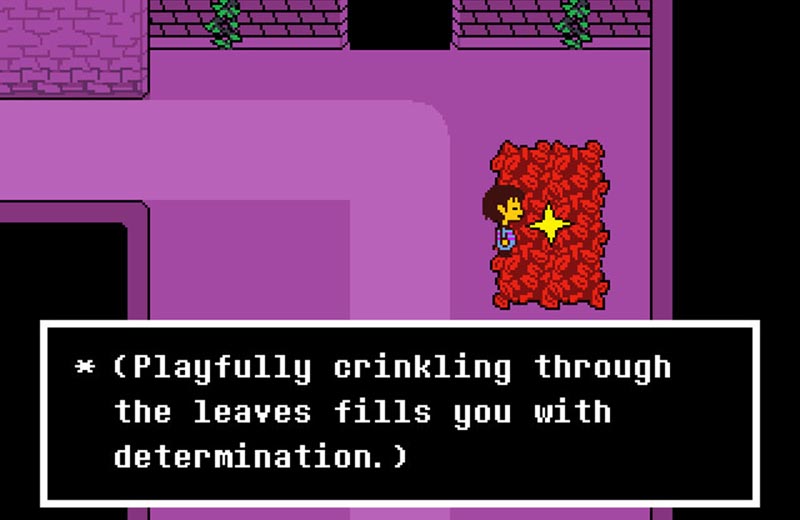 Indie developer Toby Fox released the first big update for his role-playing video game (RPG) Undertale on Wednesday, and the game's biggest fans have been picking through the 117MB-sized download over on user-curated social news website Reddit to figure out what has been added or changed.

According to the developer, this is what the update contains:

UNDERTALE was updated on Steam to fix bugs and increase compatibility.

At the same time, players have found a whole host of things that cannot really be classified under bugs and compatibility issues. Here's everything that is new at the time of writing.

If you speak to Clamgirl in Waterfall, the dialogue that appears in Sans' secret lab is different. This is what it reads now:

There are photos of... Huh?

A card is sticking out from the back flap of the binder.

It's a poorly drawn picture of three smiling people.

2. A new way to get the solution for the piano puzzle

If you hang around for some time in the statue room, the solution to the puzzle will float in and out above the head of the statue.

(Also see: Undertale to Get 3D Spin-Off by Russian Developer)

3. Gaster is easier to find

Before this patch, you had to engage in a bit of file editing to come across any evidence of Gaster. Now that is not necessary, as Gaster can be found with "fun" values generated normally.

4. Lots of other small changes

The game is now easier for colour-blind people, there are altered stats for lots of enemies when you choose 'Check' in-game, more new dialogue in a couple of places, and obviously bug and graphical fixes to boot.

Undertale released back in September 2015 to positive reviews from most places, and in our review we gave it an 8 out of 10 terming it a game "not for everyone" but great for those who have played RPGs before.