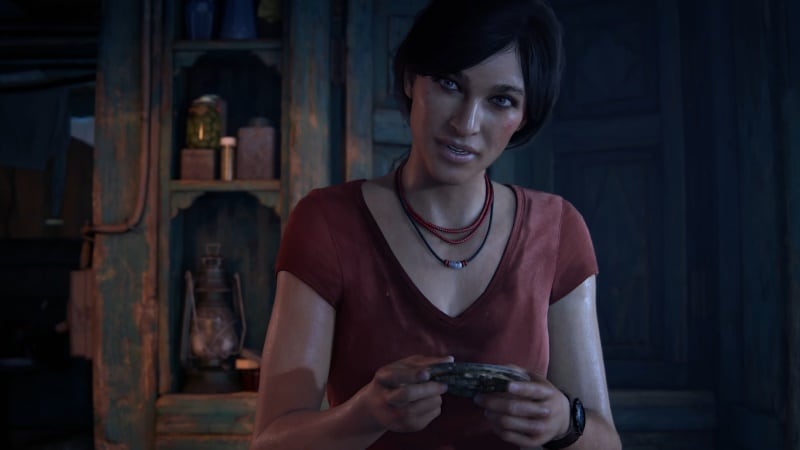 Following the announcement made in December last year, PlayStation-exclusive Uncharted series developer Naughty Dog on Tuesday finally revealed that the much-awaited Uncharted: The Lost Legacy will be released on August 22 on the PS4 platform. The announcement comes as a reprieve to those who were waiting for the annual game conference E3 to get more news on the game. The pricing for Uncharted: The Lost Legacy has been fixed at $39.99 (roughly Rs. 2,590) and CAD 49.99 in US and Canada respectively, however, there's no information on its availability outside the mentioned countries yet.

At the PlayStation Experience 2016 (PSX) event, Naughty Dog revealed Uncharted: The Lost Legacy as its first single-player standalone story chapter in the Uncharted franchise, starring the protagonist Nathan Drake's companions Chloe Frazer and Nadine Ross. Like the previous games in the Uncharted series, this one also develops a narrative that takes the gameplay further with complex characterisations. This time the backdrop is based on the new protagonist Chloe's journey across India to find the fabled Tusk of Lord Ganesha, an artefact from Hindu mythology. You can watch the trailer featuring Chloe and Nadine below.

Naughty Dog also announced in its blog post that it for pre-orders from participating retailers, it will be coupling a free digital copy of Jak and Daxter: The Precursor Legacy, which will also be released for the PS4 on the same day. Those who pre-order the game on the PlayStation Store will also get an Uncharted: The Lost Legacy PS4 theme designed by Truant Pixel.

Interestingly, if you pick the Uncharted 4: A Thief's End Digital Deluxe Edition, Explorer's Pack, or the Triple Pack, you'll get Uncharted: The Lost Legacy as a digital download when it gets launched on August 22. Owners of these products will not be eligible for any of the above-mentioned pre-order bonuses however, the company says.