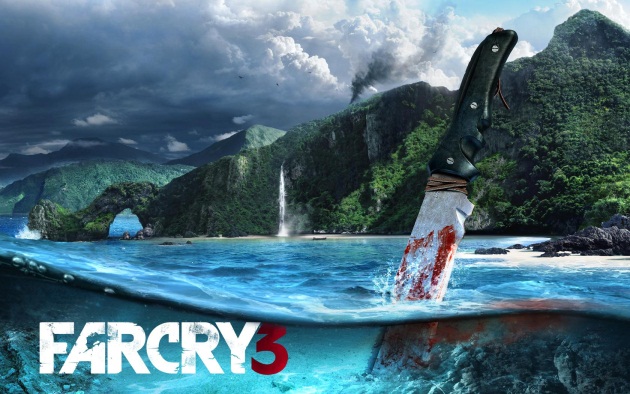 In the opening moments of "Far Cry 3" players go from swimming, dancing, skydiving and otherwise cavorting with friends to escaping the clutches of vicious and arguably psychotic pirates.

"Far beyond the limits of civilization lies an island, a lawless place ruled by violence and human suffering, where your only escape is through drugs or the muzzle of a gun," Ubisoft said in a description of the game setting.

"This is where you find yourself, stranded in a place that has forgotten right from wrong, a place where you must live by the principles of violence to survive."

Positive reviews of the open-world, first-person shooter game quickly stacked up at game evaluation website Metacritic.com, with GameSpy and The Escapist each giving "Far Cry 3" ratings of 90 points out of 100.

"When Far Cry 3 invites you to come stay with it for a long vacation, take it up on its offer," said a GameSpy review posted at Metacritic.

"This is a great example of how to do an open-world shooter right, and for me it's been one of the nicest surprises this year."

Posted player reviews overall praised the game and the rich immersive graphics but some expressed disappointed with glitches or the seeming lack of smarts in artificial intelligence programmed into virtual enemies.

Versions of "Far Cry 3" were available for play on Xbox 360 and PlayStation 3 videogame consoles and on computers powered by Windows software.

The console version was priced at $60 while the title for play on personal computers cost $10 less.

"Far Cry 3" was developed in the Montreal studio of France-based Ubisoft.