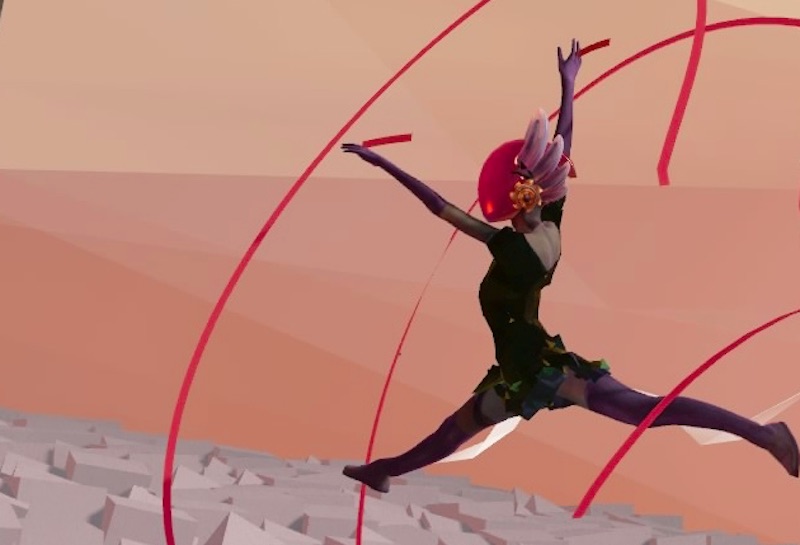 With PlayStation Experience just a couple of days away, Sony seems to have fired its opening salvos prior to the event. The PlayStation-maker has announced Bound, a platforming game from Poland-based Plastic Studios, a small team responsible for cult PS3 classics like Datura, and Linger In Shadows. It's being developed in collaboration with God of War hitmaker Sony Santa Monica Studio.

The initial trailer unveils a mysterious, masked feminine figure dancing through wildly colourful environments and backed up by intriguing music.

According to a post on the PlayStation blog, this is a game meant for audiences who crave a strong story but will also keep those hungry for cerebral gameplay satisfied.

"Bound is a 3D platformer designed for people with the desire to concentrate on the narrative side of games and experience a mature story," wrote Michał 'bonsai' Staniszewski, Game Director, Plastic Studios. "On the other side of the spectrum, Bound is also being prepared for hardcore gamers looking for the challenge of one big puzzle that can be only solved by a community of players working together."

(Also see:Sony PS4 Finally Gets a Price Drop in India)

While it sounds interesting, the art borrows from movements like Neoplasticism and Suprematism while the protagonist is brought to life by dancer Maria Udod and her choreographer Michał Adam Góral, in order to capture "true expressive and emotional moments" to be found in Bound.

Furthermore, the game promises to eke out every last bit of power from the PS4 Staniszewski claims: "You are going to experience our procedural 3D platforming world in a classic way. This means ultra-sharp anti-aliased 60Hz in 1080p resolution. We have spent more than a year on optimisations, just to deliver you a game that will squeeze most of your PS4."

Whatever we've seen of the gameplay trailer has us interested. With Sony's release schedule looking barren until Uncharted 4, we won't be surprised to see this hit PSN sooner rather than later.