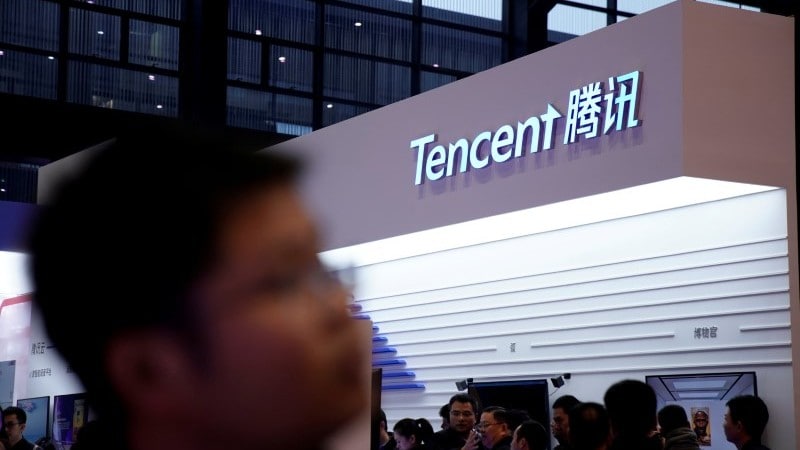 China's Ministry of Education, in a notice late on Thursday, directed the publishing regulator to limit the number of new online video games, take steps to restrict the time young people spend playing games and explore an age-appropriate system for players.

Beijing's directive was included in a document published on the website of the ministry outlining how China should respond to worsening rates of myopia, or near-sightedness, among young people, and blamed the spread of mobile phones and other electronic devices partly for it.

The curbs are the latest challenge for Tencent, China's largest gaming and social media firm, which earlier this month blamed a freeze on new game approvals for the technology giant's first quarterly profit fall in nearly 13 years.

Shares of Tencent, which has a market value of around HKD 3.25 trillion ($414.12 billion), fell as much as 5.4 percent, leading a slide in Chinese video game companies. It closed down 4.9 percent. The main Hang Seng Index ended 1 percent lower.

Tencent has lost more than $160 billion in market value from its peak in January, chiefly on regulatory uncertainty, and now trails arch rival Alibaba Group to be Asia's second-biggest listed company by market capitalisation.

The massive plunge in its market value compares with Netflix's current market capitalisation of $162 billion.

Tencent did not immediately respond to a Reuters request for comment.

In July last year, Tencent announced plans to limit play time for some young users of its fantasy role-playing game "Honour of Kings", responding to complaints that children were getting addicted to the popular mobile offering.

The limits came around the same time as Tencent drew scrutiny from China's communist party mouthpiece, the People's Daily, which described "Honour of Kings" as poison and called for tighter regulatory controls of online games.

The rising level of myopia cases in China has drawn attention from the highest levels.

China's leader Xi Jinping had earlier addressed the high incidence of myopia amongst China's youth, saying governments at all levels should implement comprehensive and effective schemes to prevent and treat this problem, the official Xinhua news agency reported on August 28.

"All sectors of society should respond to this issue," Xi was quoted as saying by Xinhua.

More than 450 million of China's 1.37 billion population suffer from myopia, with the condition increasingly affecting children, according to statistics announced at a National Health Commission conference in June.

The document published on the Ministry of Education's website on Thursday blamed the high levels of myopia on a heavy study load, the spread of mobile phones and other electronic devices, and a lack of outdoor activities and exercise.

It called on parents to limit the amount of time their children spend using mobile phones and other electronic devices, and recommended children spend over an hour outdoors every day.

It estimated Tencent accounted for 42 percent of China's mobile game market share in 2017.

Tencent founder Pony Ma is now ranked 21 on Forbes' rich list, with a net worth of $38.3 billion, just ahead of Alibaba's Jack Ma with $38.2 billion.

"I think appropriate regulatory measures can better help the market concentrate its resources, raise barriers to entry and not waste resources. These are the good aspects of the policy," said David Ng, head of Super Generation Investment, which owns the EDG e-sports team.

"But we hope these restrictions won't cause the industry to go backwards."

Tencent's stock decline tracked a 7 percent fall in shares of China-based Netease and a 6 percent slide in Chinese online game developer ChangYou in the United States.