With the ICC Cricket World Cup 2015 under way, there are a host of cricket games available for fans of the sport. Ranging from simple arcade far such as Stick Cricket to deeper simulation-styled gameplay like Don Bradman Cricket, there's a lot to choose from.

Having said that, another game joins the fray. TableTop Cricket is a fast-paced affair from Big Ant Studios, the same developers behind the superlative Don Bradman Cricket. It's out on digitally on PC and PlayStation 3 via Steam and PlayStation Network respectively.

The PS3 version costs Rs. 1,082 and the PC version will set you back by a similar amount when it goes live shortly for purchase (the page is up but you can't buy the game just yet). As for the Xbox One and PlayStation 4 variants, the studio tells us that those are due later this year. 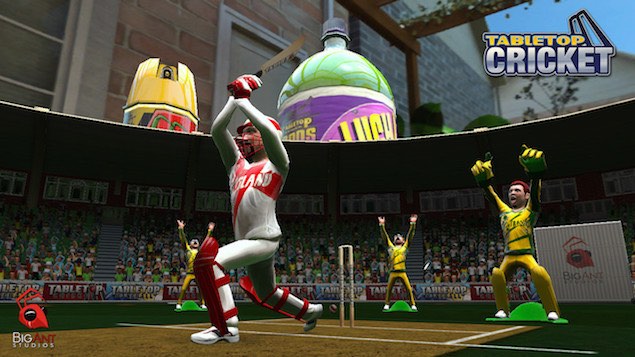 TableTop Cricket sports an interesting board game aesthetic and quick-paced gameplay elements. But perhaps most interesting is the element of fun it exudes, what with the game's statistics tracking everything from runs scored to the number of times you've knocked over a fielder and allowing you to play in a variety of locations ranging from Delhi to London within environments such as kitchens and man caves. The system requirements for the PC version are as follows:

With a relatively lenient configuration, the PC version seems to be the one to get. Will you be playing TableTop Cricket or other cricket games? Let us know in the comments.