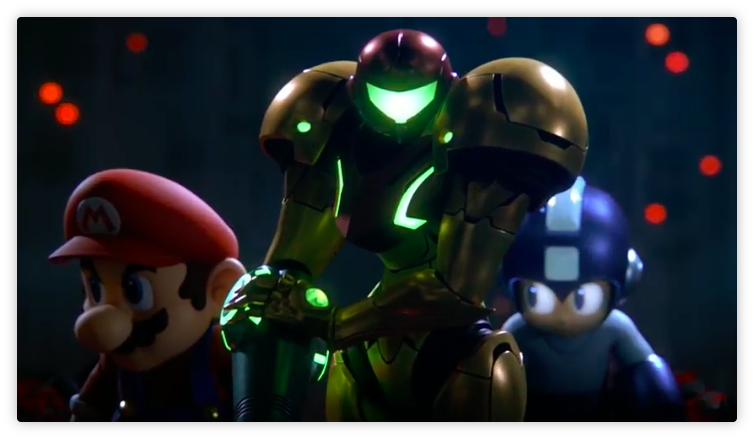 The Ice Climbers are back. Ike’s outfit from two different Fire Emblem games is there. There’s female Pikachu version with a heart-shaped tail. Fox looks a lot like the character from Star Fox Zero. Ryu will always face his opponents in one-on-one fights to avoid triggering accidental movesets. Charge moves like Samus’ charge shot will now power up mid-air. Marth’s dancing blade is faster and is easier to unleash. He is fully voiced in English. Veteran fighter Snake is back in this series after 10 years. Shadow Moses Island is back as a location. King Dedede’s final smash is a cage fight where he unleashes missles and jet hammers. Zelda’s design is from The Legend of Zelda: A Link Between Worlds. Her final Smash is the Triforce of Wisdom. Sonic’s final Smash is fast. Pokemon Trainer is back with Squirtle, Ivysaur and Charizard. You can change Pokemon during battle too. You can also play as a Female Pokemon Trainer. Some fighters trigger dramatic slow-mo effect during fights.

You can play as Cloud in his FF VII costume of FF VII Advent’s Children costume. Robin has a special display that shows how much longer he can use his levin sword. There are eight different Villagers. Bowser’s final Smash is much bigger and better. Young Link from Super Smash Bros Melee makes a comeback which makes it three Links in one game. Wolf’s design is based on Star Fox Zero. Kirby has a copy ability for every fighter, which makes him more challenging to develop and his stone ability has chests as seen in Breath of the Wild. Ganon becomes Demon King Ganon for his final Smash. Pit’s final Smash was three sacred treasures, now it is a Lightning Chariot. Zero Suit Samus uses a power suit to fire devastating lasers. When Olimar is damaged, you will see a crack in his helmet. Bayonetta’s costumes from the first two games are there and Rodan appears as an assist trophy. Donkey Kong’s final Smash is all rapid punches. 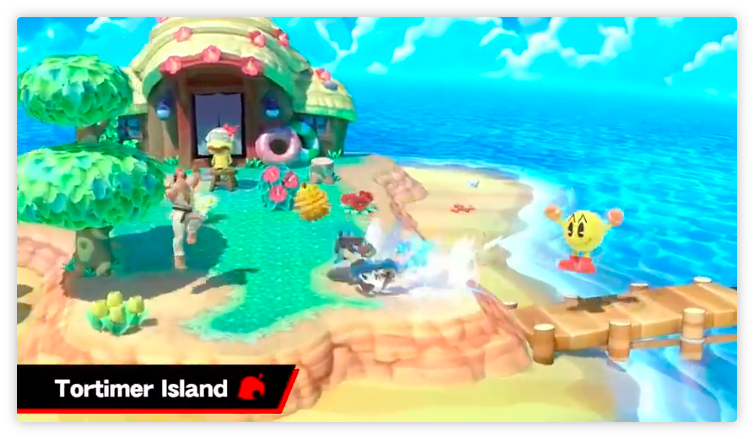 Most of these fighters have expressive face expressions. Lucas’s final smash features Kumatora and Bony. Wii Fit Trainer has had her face changed a little. Mega Man includes all the hazards from an earlier game and his final Smash includes Proto Man and Bash. ROB has a new gauge on his chassis showing how much fuel is left for hovering. Lucina and Dark Pit are now Echo Fighters.

Inkling is the completely new addition to the roster. If you ink opponents they will take more damage. She has different weapons from Splatoon 2, such as Splattershot, Splat Roller, and Splat Bomb. Inkling Boy is also a character. The Squid Sisters are an assist trophy. Assist Trophies lend helpful support in battle and these can be KO’d. Not all of these can be KO’d though, such as Bomberman. There are over 50 characters who show up as assist trophies in this game. In case you’re wondering what Assist Trophies are, here’s Nintendo’s own explanation: “The Assist Trophy is an item introduced in Super Smash Bros. Brawl that, when grabbed, summons a random Nintendo or third-party character to quickly aid the holder. Assist Trophies work nearly identically to Poké Balls. However, no Pokémon come out of them, and once an Assist Trophy is grabbed, it is automatically activated, assuming the holder is standing on the ground, and not in a jump, attack, or hitstun. Some Assist Trophies must be unlocked in order to be used, such as Isaac from Golden Sun. Unlike the Poké Ball, this item can be eaten by those such as Kirby and King Dedede’s Inhale and Munchlax.” 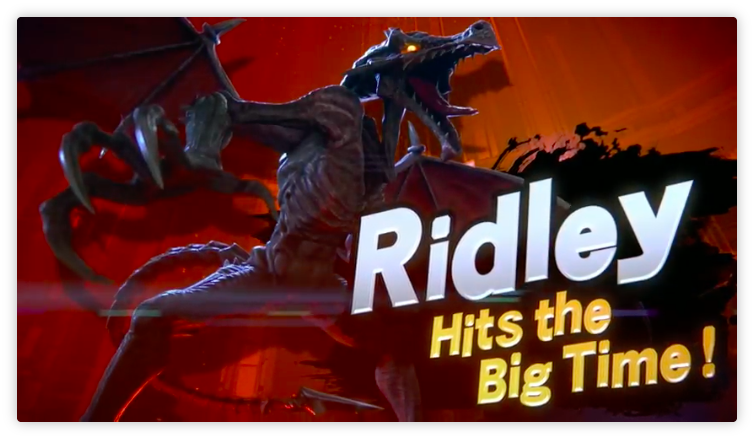 Super Smash Bros Ultimate also has a lot of new techniques. The directional air dodge enhances mobility. If you dodge too much you will be wide open to attacks. You can execute short hop attacks and smash attacks. A perfect shield occurs when you hit the A+B button. In one-on-one battles, damage will be greater than fights with more players.

Nintendo also announced that Nintendo Gamecube controllers can be used with Super Smash Bros Ultimate and all of the series’ amiibo are compatible with this game.

Finally, Nintendo announced that Super Smash Bros Ultimate will have Ridleyas a playable character. Ridley is Samus’ nemesis and a recurring character in the Metroid series. It is a high-ranking space pirate resembling a large skeletal dragon. The character can attack with its tail too apart from landing punches and breathing fire.

Further reading: Nintendo Switch, Super Smash Bros Ultimate, E3 2018
Pranay Parab Email Pranay
Pranay is in charge of podcasts and videos at Gadgets 360. Over the years, he has written over 500 tutorials on iPhone, Android, Windows, and Mac. He has also written in-depth reported features on the intersection of technology and culture, reviewed fitness wearables, been the social media manager, started two podcasts, and produced several tech videos. He loves travelling, particularly to places not frequented by tourists. He keeps running half-marathons across the country and hopes to complete ...More
Fornite Nintendo Switch Is Out Now on the Nintendo eShop
Fire Emblem: Three Houses for Nintendo Switch Announced at E3 2018