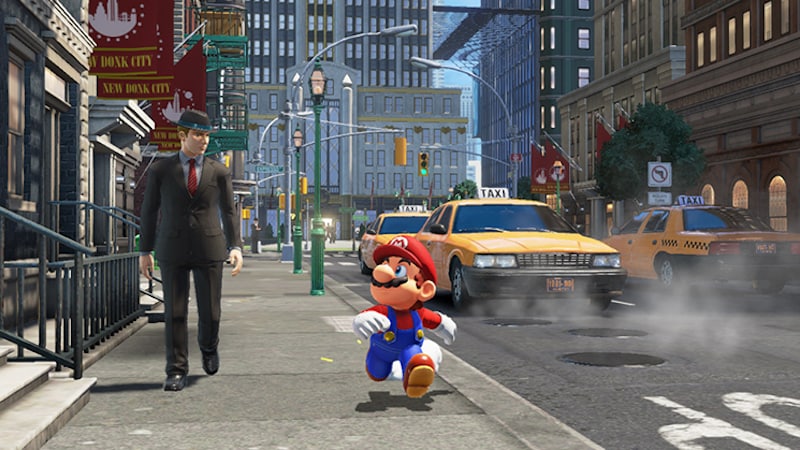 We got our first look at Super Mario Odyssey since the Nintendo Switch launch event in January 2017, at E3 2017. The Nintendo stream at E3 showed a mix of cinematic and gameplay footage. This focused heavily on Mario’s hat, which he uses to progress in the game. He can throw his hat at some enemies and make them friendly, which seems like a pretty interesting mechanic.

This is because his hat helps him control massive dinosaurs, taxis, and even a whole bunch of goombas at once. Nintendo announced that Super Mario Odyssey is releasing on October 27, 2017, which was a fine way to finish its E3 2017 presentation.

The footage also showed various worlds in Super Mario Odyssey. There are some levels in the Mushroom Kingdom, while others in proper human cities — as evidenced by the taxi that Mario controls with his hat. While Nintendo had announced that Mario’s hat will play a crucial role, this trailer made it abundantly clear the Super Mario Odyssey’s gameplay revolves entirely around how well you can make use of the hat.

This is a 3D game which has a bit of an isometric feel to it thanks to the camera being diagonally above Mario. You traverse across colourful levels and even control enemies such as the one and only Bullet Bill. The trailer looked a lot of fun, and we definitely have high expectations from this game. October 27 is the perfect time to release this game as it falls in line with the US holiday season.

We suspect that Nintendo may have a Super Mario Odyssey bundle lined up for the Switch as well, in order to boost the console’s sales during the holidays. After all, this is the kind of game that will push people to buy the Nintendo Switch.