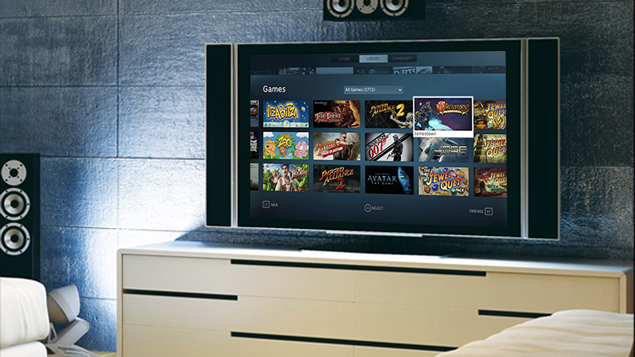 Valve has announced that Big Picture, a TV-optimised interface for its online store Steam, is finally out of beta.

The Big Picture, unveiled as a beta way back in September, is essentially a brand new interface for Steam that resembles the Xbox 360 dashboard with bigger fonts and large, rectangular picture icons designed to be viewed while you're a couch potato rather than sitting in one of those upright chairs.

Gamers use Big Picture with a mouse and keyboard too by connecting their PC/ laptop to their TV sets. But Valve believes that most people prefer playing video games in their living rooms and that inspired the interface design.

Navigation in Big Picture mode is handled with a standard handheld controller (similar to the Xbox 360), instead of a mouse and keyboard. Triggers on the controller will enable switching between tabs for the store, game library, and community features. An integrated Web browser is also designed to be used with a controller, letting users multitask without returning to the computer desktop.

To celebrate the milestone, Valve is holding a sale on "games with full controller support (that) work without a keyboard and mouse on hand, from installation to play and beyond". This includes titles like Counter Strike: Global Offensive, Left 4 Dead 2, Sine Mora, Portal 2 and more. The sale is on until December 10.

Here's another look at Big Picture.