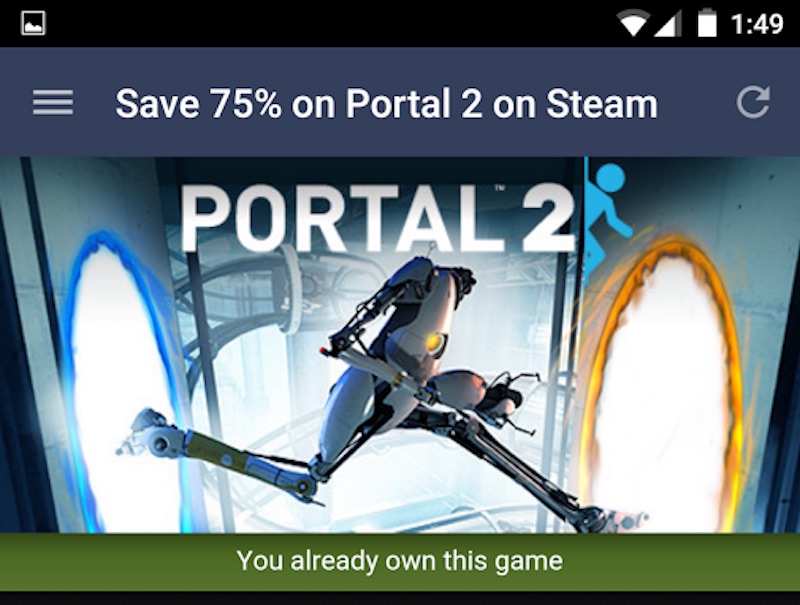 With Steam being the largest PC game marketplace on the planet, it's obvious that some of its users would like to check out their library on the go. While Valve has had an app for Android and iOS for quite some time, its functionality pales in comparison to its PC counterpart. Until now of course.

Android device owning Steam users received an update to the app that adds the Community Market for them to check out and purchase user generated content like Team Fortress 2 hats. The Trading section has made it on Android as well. Users can view live-streams of games from their favourite users, view all important user reviews before buying a game, partake in discussions and a whole lot more.

Also, the new Support site for Steam can be accessed from the app as well. A handy addition in the case of refunds or accidental purchases. Android users can grab the updated Steam app on Google Play.

If you own an iPhone or an iPad, the update is not live yet. Though past experiences have shown that Valve isn't too far behind on its App Store efforts. You can expect it on iOS shortly.

It marks yet another update from Valve for smartphone and tablet users. Earlier in the year it incorporated unified chat history, improved battery life, and faster navigation from one screen to another.