Steam is of course, primarily a distribution platform, unlike Xbox Live and PSN, and apart from its Steam Cloud ecosystem for game and user data synchronization for certain games, it also sells games from other game networking ecosystems, like the soon to be discontinued Games For Windows Live. With a new tack however, Valve is looking to change all that.

Certainly the most widely used single ecosystem (behind the various iterations of Windows) in PC gaming, Steam has in the recent past has gone all out to try and immerse its users in a more cohesive gaming experience, starting with the living room.

SteamOS was unveiled recently, due to be launched "soon", a Linux-based Valve-made operating system primarily meant for gaming and media consumption. The OS would be shipped on partners' set-top boxes, giving players access to the Steam gaming community and library, and Big Picture browsing via their television sets. Games will also have to be ported over, and Valve is promising to work with developers to make their ecosystem an attractive and conducive offering.

Valve also recently showcased the 'Steam controller', a futuristic gamepad (pictured below) that looks like it should be giving Microsoft and Sony some qualms about their next-generation controllers due on the Xbox One and PlayStation 4, respectively. With dual circular trackpads, a central touchscreen, high-bandwidth haptic feedback, and a rather ergonomic-looking button configuration, the Steam controller is impressive at first glance. 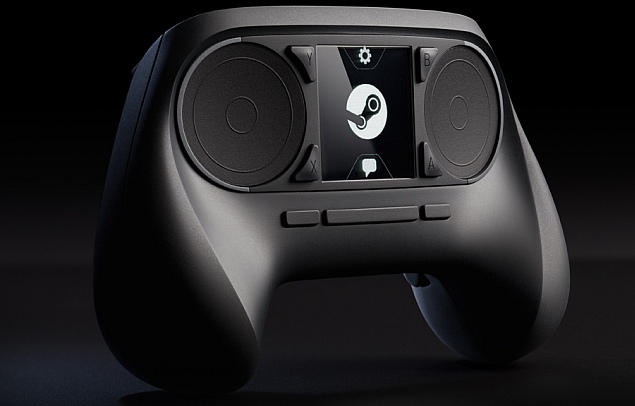