Steam is offering discounts on popular titles such as Marvel’s Guardians of the Galaxy, It Takes Two, and Red Dead Redemption 2. 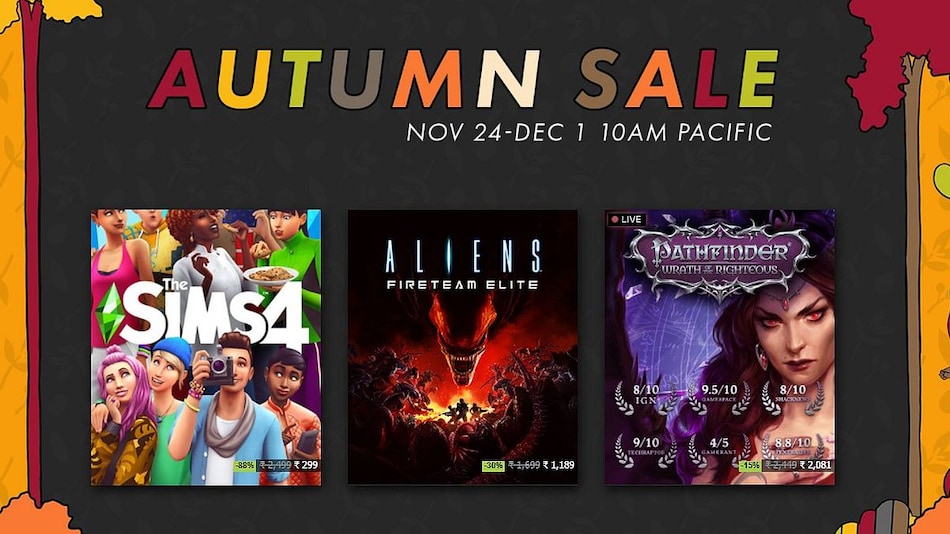 Steam Autumn Sale, the platform's Black Friday sale is live, allowing gamers to take advantage of heavy discounts on popular games such as Red Dead Redemption 2, Death Stranding, Half-Life: Alyx, It Takes Two, Cyberpunk 2077, Forza Horizon 4, FIFA 22, Marvel's Guardians of the Galaxy, Borderlands 3, F1 2021, Wasteland 3, and Star Wars Jedi: Fallen Order. With discounts of up to 90 percent, some of these games are currently down to their lowest prices on the platform. Steam Autumn Sale ends on December 1 at 11:30pm IST (10am PT) and the service has announced that gamers can now nominate their favourite games for The Steam Awards in ten categories.

While the Steam Autumn Sale has several discounted titles listed on the Steam store, here's a list of top picks that gamers should not miss during the platform's Black Friday sale.

What were the best games at E3 2021? We discussed this on Orbital, the Gadgets 360 podcast. Orbital is available on Apple Podcasts, Google Podcasts, Spotify, Amazon Music and wherever you get your podcasts.
Affiliate links may be automatically generated - see our ethics statement for details.